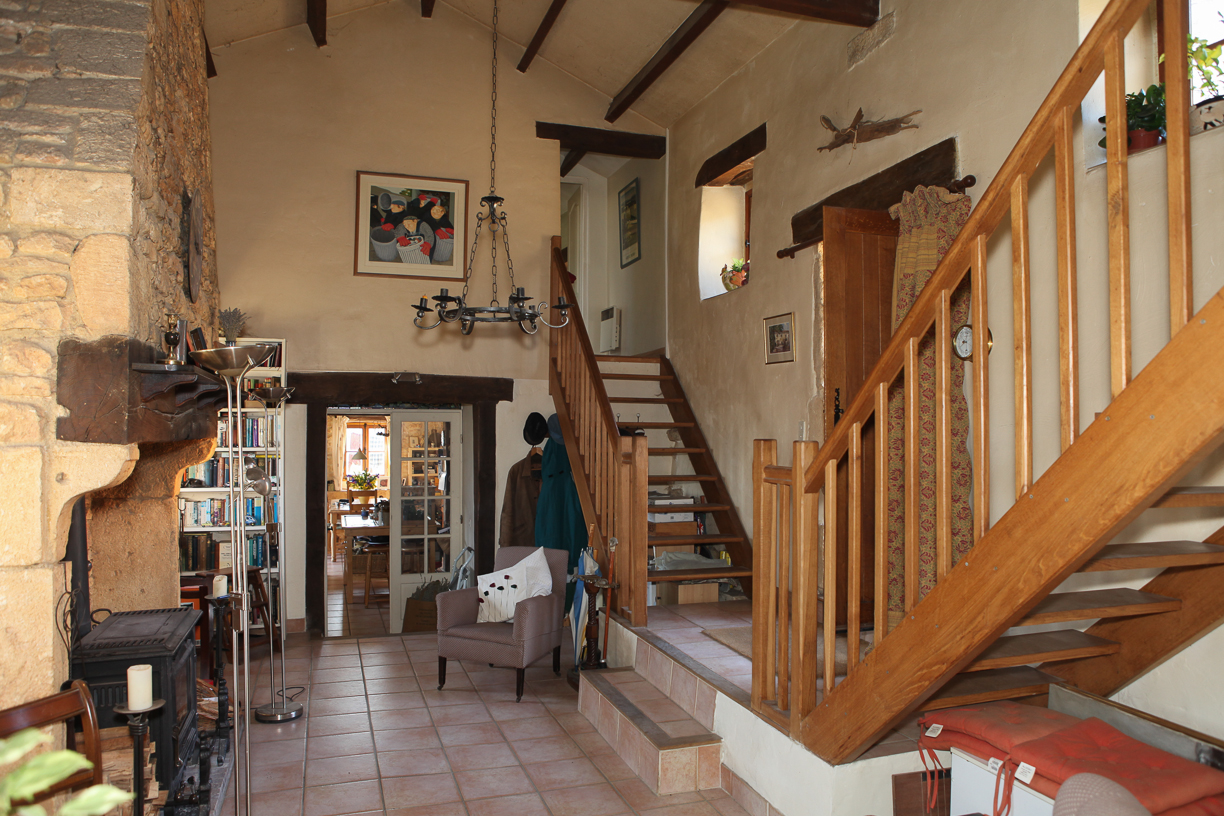 A lovingly converted stone farmhouse for sale in Lot-et-Garonne and a beautiful house for rent on the trendy Ile de Ré. The story of the owners of both these gorgeous French Connections properties are featured in the latest issue of French Property News in two separate major articles.

Set in Stone is a three page feature that tells the story of Karin and Edwin Pollard who, like so many others, fell in love at first sight with a French rural property - in their case Gigoutoux farmhouse, which is now for sale.

The couple had been looking at six to eight houses a day in Lot-et-Garonne when they finally arrived at the disused farmhouse and barn with 4 acres of land. They sat in warm February sunshine in a field by the house, had a picnic of bread and cheese, soaked up the rural views, the sense of space and peace, and decided they had found the place in France that was destined to be their home.

“When I look at the original photos of Gigoutoux, I almost wonder why we bought it”, muses Karin. “Back in 1989, the building hadn’t been lived in for over 60 years and was in complete ruins. Everyone said we were mad to attempt to restore it.” The feature includes a photo of that original building – and you can see Karin’s point!

But you can also see that a new owner will now acquire a beautiful house of high quality that is ready to move into, along with potential for a new restoration venture.

The second feature, Island Living, reminds us that there are hundreds of small islands off the coast of France, each with its own character and appeal. The feature tours some of them, exploring both local life and property.  What strikes me is the beauty of so many of the island names – truly evocative of a very French seaside style with seagrass and subtle aquamarine.

Off Brittany are the Île-de-Bréhat and Belle- Île-en-Mer, then further south off the Atlantic coast you’ll find the Île de Noirmoutier and –of course – the Île de Ré. Our owners Richard and Patsy Berney have a single storey home here with a pretty garden called Les Bernaches, which is available for holiday rentals. Why do they love the island?

“Life on Ile de Ré is on a distinctly human scale”, explains Richard. Cycles are the usual method of transport and this creates a peaceful, more human pace of life, with everyone exchanging friendly greetings. Our children love the fact that they can take their bikes and go anywhere on the island in a day.

“The maritime aspect really captures our imagination, especially when it comes to birdlife – and the island is just the right size to offer everything you need. …We rarely have any reason or desire to go to ‘Le Continent’”

The March issue of French Property News is on sale now, along with the digital edition, and you can soon read both features  in our Press page, which contains lots of interesting articles. See more about Les Bernaches on Ile de Re and Gigoutoux in Lot-et-Garonne.