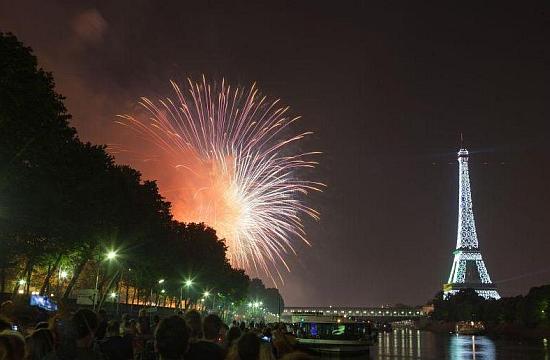 Bonne quatorze juillet! Today is France’s biggest national public holiday and major celebration of the storming of the Bastille and start of the French Revolution in 1789.

The Bastille was a notorious Paris prison that epitomised the arbitrary power of the French monarchy. Its storming in 1789 eventually led to the establishment of the Republic, with its principles of liberty, brotherhood and freedom.

Public and private celebrations are taking place all over France today. There’s a military parade in the Champs Elysees, Paris, along with some spectacular balls, dances and firework displays. You’ll also find concerts and other musical performances and see extended families coming together to enjoy good food and wine.

Banks, post offices, many shops and some restaurants are closed, but travel should not be much affected, although roads may be busy. Many will be cheering on French cyclists in the Tour de France, as they ride some hard hills.

In the UK, you’ll find celebrations mainly centred around French food cafes and restaurants, so it’s a great day to indulge in steak frites with vin rouge or a delicate patisserie with thé citron.

Want some reading to get you in the mood? Les Liaisons Dangereuses by Pierre Choderlos de Laclos sets the scene of privilege, A Place of Greater Safety by Hilary Mantel highlights the main characters and Charles Dickens’ A Tale of Two Cities brings the drama of the revolution, of course featuring the dreaded Madame la Guillotine.

Inspired to visit France? We make it easy with our fabulous range of accommodation at B&Bs and holiday rentals, along with travel advice and booking.