Getting a French Driving Licence 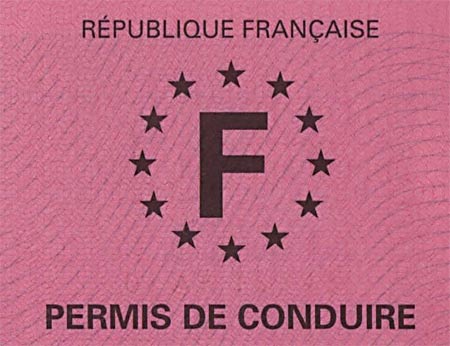 Yes I know… we all know…. We have to get a French Driving Licence if we are intending to stay in France, and we are supposed to do it within six months.

There are loopholes and lots of advice about how to circumvent this requirement, but I decided to comply. It is also convenient to have a French Driving Licence, as it doubles as an identity document, and as you know, you become a “non person” if your British Passport becomes time expired, because you haven’t got around to renewing it in time and paying the exorbitant fees to keep the various Ambassadors and Embassy Staff in the manner to which they have become accustomed.

Of course I was well over the six month limit, but I had my excuses, for instance: how do you convince an Australian or a Texas Car Hire Company that it is perfectly alright for a European Citizen to have a British Passport and a French Driving Licence?

So I went to Beaune in the Côte d’Or to apply at the Prefecture.

A charming lady gave us the forms which were not complicated which we filled out and submitted with Photostat copies of the relevant documents. It is also necessary to write a “letter of motivation”, which roughly translated can be interpreted as “why do you want to disturb our tranquillity with your unreasonable request?”

We sent the forms off and we got a response within a week, so that meant that we had found the right departmental address. I was commanded to provide a Photostat copy of the “front” and the “back” of my British Driving Licence.

I replied politely that if they would please look in the sheaf of documents that I had provided that they would find both of these.

They then wrote back and said that I should provide two copies of the “front” and the “back” of my British Driving Licence.

I provided these by return of post, and suggested that they should look at their application forms they would see that there was not a requirement to do this, and if they wanted this in the future that they should make it obvious by asking for duplicates in the first place. I also added that if they had any difficulty in understanding the list of requirements, if they phoned me I would be happy to explain it to them.

I knew there would be.

That was when I happened to be in Dijon, walking past the Prefecture and by chance I had all the relevant documents with me, so I decided to apply again. At last I got to the front of the queue, whereupon, after tapping away on their computer, they discovered that I had already applied.

The lady behind the armoured glass angrily told me so. I told her that my application was eighteen months old.

She replied, “These things take time!”

The seasons passed and the climate (so they say) changed a bit, and so eighteen months later I was tooling down the motorway in a carefree manner when I was stopped by a Gendarme because I was exceeding the 70 KPH limit approaching a “payage” point, about two kilometres from the barrier. I was in the “fast lane” in which you are supposed to transit the barrier at 30 KPH, with one of those clever little transponders that charge you automatically. I thought this was a bit pedantic, but he looked elderly and had probably been demoted back to traffic duty, so he seemed a little tetchy, as though I had personally affronted him in some way.

When he asked for my driving licence I gave him my British one.

“How long have you been living in France,” he asked.

Very smart he was, as he had spotted the French registration of my car. Perhaps he had been a detective in a previous life.

“Three years”, I replied, knowing what was coming.

“”Why don’t you have a French Driving Licence?”

“I have applied,” I answered, “three years ago, and they still have my application in process.”

“That is not possible!” He declared.

“But it is true… phone Dijon and ask them, and here”, I showed him my computer, “I have a copy of the letter of motivation I wrote when I applied.”

Obviously I was lying so he phoned and spoke to the Fonctionaire in Dijon.

It is worth noting that there are ten times the number of Fonctionaires in France as compared to the UK, although to be fair, a lot of the “Fonctionaire” jobs in the UK have been privatized and sold back to the public, who owned them in the first place, and had their statuses enhanced along with their salaries.

The Gendarme told me, “Here in Reims it takes four weeks to get a driving licence after application.”

I replied, “In England, if a Frenchman applies for a driving licence, he gets it in two weeks maximum!”

He decided to release me to continue my journey to the UK, but threatened that I had to do something to speed up the process of my application. I was very happy to agree, and so with much shaking of hands and thanking him for his superior understanding we set off again down the motorway.

He had given me the excuse I had been waiting for, for years.

When I returned I wrote a registered letter to the Prefect of Dijon, to be signed for on receipt.

In it I asked if there was a deliberate racial policy against issuing driving licences to English speaking people or if this policy was only reserved for people from Africa.

My problem is that having been born in a country that is now called Zimbabwe, I am thought of, in France, as an AIDS carrying refugee with a bone in my nose.

I informed him that my parents and my wife’s parents had fought for the Liberty of France all through the Second World War, but the Liberty, Equality and Fraternity thus gained did not seem to apply in the Côte d’Or, especially to foreigners and specifically to “Les Anglais”.

I informed him that it was my right under European Law to have a French Driving Licence and that it was not at the discretion of a lowly Fonctionaire in the Traffic Department. If I was not issued with the licence forthwith I was going to write to the President of France, and also to my European MP to demand an investigation.

I was a little bit steamed up, because I had already had experience of being treated as a Second Class Citizen when I was living as a Rhodesian in South Africa under the apartheid regime of the 1980’s. In those days the officials down there still had a vivid memory of the Boer War and the rather pathetic Rhodesian contribution to the British war effort.

I added a few more comments which now have fortunately slipped my memory.

Two days later I was phoned and told that my driving licence was ready for collection.

The sad part to this convoluted tale is that there is another unfortunate Rhodesian Refugee in the Côte d’Or who has also applied for a driving licence. That was only a couple of years ago, so he still has a considerable wait ahead.

At least he knows not to approach a “payage” at anything more than crawling pace!

Of course a week after I collected my licence I was informed by post that I had lost one of the twelve points on it. Now I have been told that I have it back again.

On a lighter note, my annual release of ducks onto the river to counter the efforts of the hunters to decimate the wildlife on the Saone has only been partially successful this year. One of the female ducks has decided that she has fallen in love with me (true, though difficult to understand) and so she won’t leave with the others.
She lies in wait and quacks loudly when she sees me, and follows me around the garden.

Last week she was attacked unsuccessfully by a buzzard from across the river.

The buzzard missed but as it flew back across the river the female duck got airborne and circled around the buzzard shouting abuse at it and giving it a big “sermon”, as only a French duck can.

Since then she has taken to spending the day under the caravan in the garden.

I was concerned that she was getting depressed and withdrawn so I asked my wife, “Do you think there are any Duck Doctors in France? You know, maybe a Duck Psychologist?”