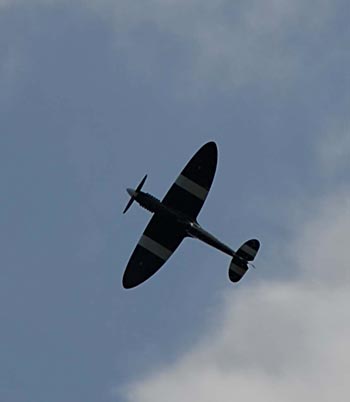 A couple of months ago I had an excuse to visit my grandson in the Alsace, so instead of dashing up the motorway from Burgundy we decided to take the scenic route. This meant starting off on the National Road and then diverting onto country roads in pursuit of the River Doubs.

The Doubs forms part of the canal which connects the Rhine to the Rhone and which successive French Governments decide to enlarge for shipping, against protests from all the villages that would be annihilated by this scheme, until the next government cancels the project to the anger of the transport companies who see the advantage of having a shipping route from Germany to the Mediterranean.

Many people who travel this canal with their boats and barges declare that it is the most picturesque French Canal in all of France.

I have travelled this route numerous times by car and by train, but this time we were going to camp along the way and take our time, and what a good decision that turned out to be.

We found villages where children played with their friends in the road while parents picked fruit from trees overburdened with largesse and the traffic consisted of an ancient tractor once per hour. Marlene found a wild red “Busy-lizzie” with a fuchsia colour along the side of the river, so she collected the seeds to plant them at home, because she insisted the colour was unique.

We were intercepted by a nonagenarian who explained to us how, during the war, the Germans had been given swimming lessons, “Just over there, by the mill race, and one drowned!” Others of similar age passed by and nodded, as they obviously knew all his stories, but envied that he had found an audience.

We found an abbey on a hilltop with a view that would make an angel dizzy.

But when we stopped in the Alsatian vines we found a stone carving of a smiling monk carrying a granite wine barrel. We had a picnic there, where we could appreciate the undulating countryside and where each village has to be hidden from its neighbour by the folds of the hills. The wine picking was in progress so I was able to enjoy the spectacle and the pain from a distance, having just completed picking for a friend in the Pommard Vineyards.

After our visit to Saverne we started our meandering way home, again with a mission to leave the urgent highways and find “green” routes with forests and lakes where we could stop and BBQ while watching herons plod the banks like undertakers pacing through a cemetery with their hands clasped behind their backs.

We were rewarded with a sunset next to a fishing lake where we spent the night, enjoying the ambers and reds of the sky reflected in the coals of the fire.

And the next morning, quite by chance, we passed an airfield where there was an air display in progress. So we had to stop to feel the spectacle.

We were just in time to enjoy a Spitfire on show. Like many people I have a certain affection for the Spitfire as I have flown with many pilots who stared their careers in these slim and dangerous ladies.

My first flying job was for an ex-Spitfire pilot, and one of my favourite employers, who was shot down over Italy during the war, and was hidden by partisans in cellars until liberation occurred, had a great influence on my life. My father in law spent his war with the South African Air Force, maintaining Spitfires back and forth across the Sahara and then later following their advance through Italy, France to Germany.

So it was with a lump in my throat and a tear in my eye that I absorbed the vibrations of the Merlin Engine as it pulled that graceful airframe through the sky is a series of loops and chandelles and rolls. What a contrast to the modern ducted-flow jet fighters that have about as much grace as a caterpillar tractor churning through mud as they deepstall turns in a flurry of smoke.

We both had a sense of appreciation as we trundled home with a mental overload of the sights and feelings that we had experienced on our short journey through rural France.

We shall definitely be setting off again to see what more we can discover.

But don’t tell anyone.
We don’t want everyone doing it!