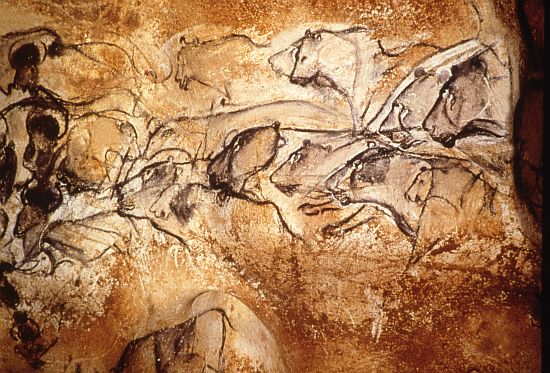 The Chauvet Cave in the Ardèche region of France contains the world's oldest and richest known cave paintings, dating back 36,000 years. Now, a perfect replica of this awe-inspiring cave is being opened to the public.

La Caverne du Pont d’Arc opens on 25th April and is set to become a massive visitor attraction. Also on the vast hilltop site are a discovery centre, a permanent exhibition on prehistoric people and wall art, restaurants and shops.

Gray Veredon, owner of La Mirande farmhouse luxury B&B near Privas and a qualified tour guide, has been to a preview of the centre and tells us:

“Eight years seems like a long time to get this project finished but the challenges were enormous - from putting the budget together to finding the right site. The final choice is very typical of the local landscape and vegetation of the area, close to the actual cave and at about the same altitude.

Tremendous respect has been shown for the forest that grows in this barren area, giving the impression that not one tree or bush was disturbed or damaged and that the pathways move around them.

The construction was finished right on time and within budget, making it a unique phenomenon in the history of the construction of cultural buildings. The architecture has a beautiful simplicity of style that is very sympathetic to the landscape and bold use of stone and natural wood seems perfectly suited to housing this treasure of humanity.

The actual cave is 8,000m2 and, for the replica, has been reduced to 3,000m2, incorporating all the major features. This works perfectly. I felt that the power and reality of the animals jolted me right back to the time when great artists worked on the walls of the cave.

I was also impressed by the awareness of looking at an entire dramatic production. These were not just paintings of animals, but animals relating - running together and watching one another. Each hollow in the stone facade of the cave is used to express a dramatic statement in the story, with an animal seeming to hide from the others or resting after a long run.

The replica clearly reveals that the cave is a place where rituals were acted out - the type of place that we don't find in our society any more. It was perhaps this ancient reality that had the most powerful and unexpected impact on me.

I recommend the Pont d’Arc cave to anyone as a fascinating place to visit - and of course I’m thrilled to have it on the doorstep. Looking forward to sharing visits with guests at La Mirande!”