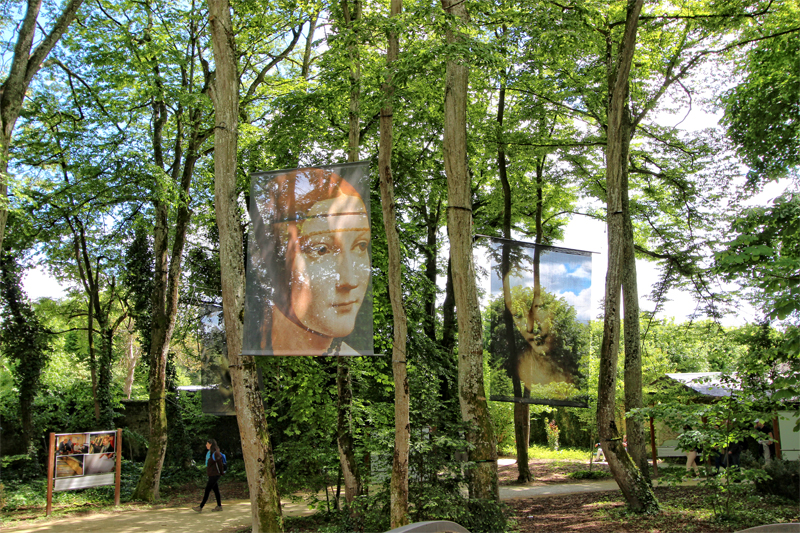 Amboise in the Loire Valley is a historic town and well worth a visit. It’s dominated by a grand chateau, the turrets reach high into the sky, its windows look over the town and country. It holds a lofty place in French history and was lived in by the Kings of France from the 15th to the 19th centuries. It’s also where you’ll find the tomb of the great Renaissance man, Leonardo da Vinci… 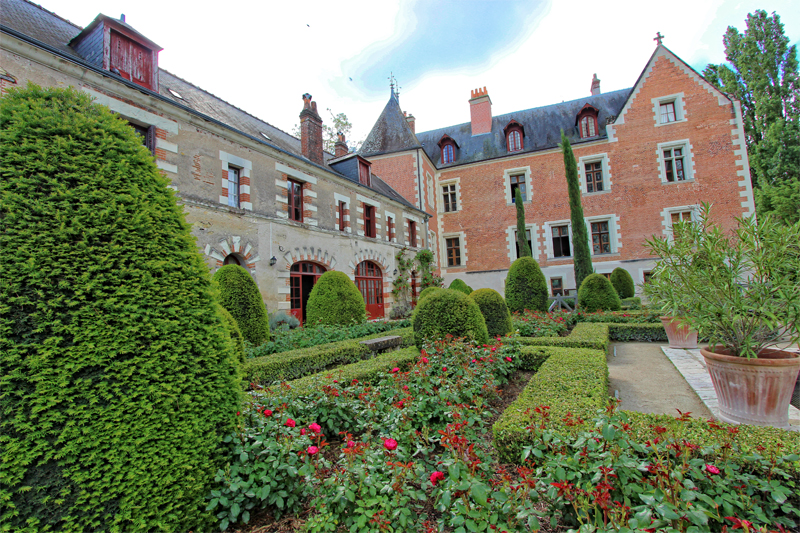 A few minutes’ walk away from the royal Chateau d’Amboise is a much smaller chateau, far less grand. It was the home of an artist who changed the world with his art and his designs – Leonardo da Vinci.

The 15th-century Chateau du Clos Lucé where Leonardo lived, has been wonderfully restored. It looks just as it did when he arrived, aged 63, in 1516 at the invitation of King Francis I of France.

In his homeland Italy, he was considered old, past it, with the much younger Michelangelo taking centre stage. Francis I offered him his dream job “First Painter, Engineer, and Architect to the King” plus a home for life and a huge pension.

Leonardo had always been a bit of a nomad, he had no home to call his own and moved from town to city – wherever the work was. He wasn’t rich and jumped at the offer from the French King. He made his way from Italy to France, crossing the Alps, on a donkey. Among the belongings, he carried with him were his precious manuscripts and an almost finished painting of a woman he called La Giaconda or Mona Lisa. It was to become one of the most famous paintings of all time. 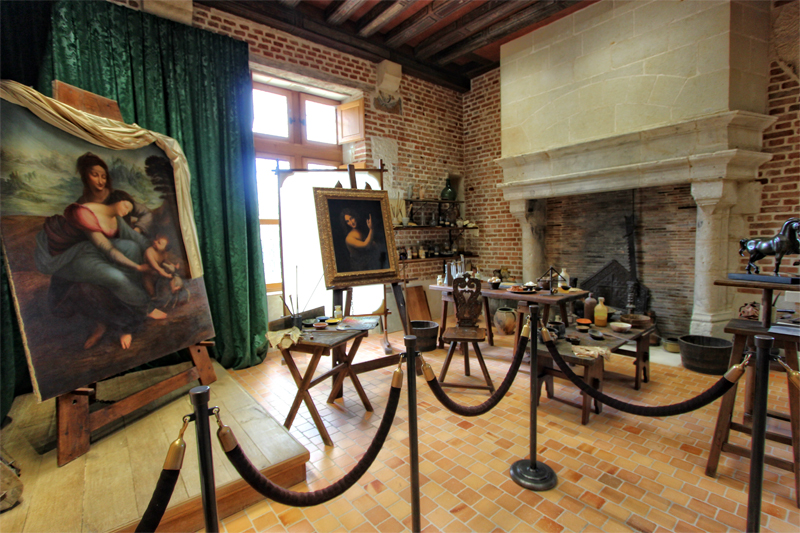 Leonardo’s genius extended to several areas and the opportunity to do as he wished was just what he wanted.  It was an innovative prospect at the time when a painter was a painter and an engineer was an engineer. Leonardo was an accomplished musician, wrote poetry, and was, in fact, a sort of Medieval rapper. He was an architect, botanist, and engineer – a man of many skills.

Leonardo moved into the Chateau du Clos Lucé and here he stayed until his death on 2 May 1519.  The miniature castle has a homely feel to it and a definite feeling of the past. The rooms have been restored with the help of specialist historians and it’s easy to imagine Leonardo in his long gown moving through the castle.

This bijou chateau (at least by the standards of Amboise) is light and airy – perfect for an artist. In the former studio, there are paintings in progress and a desk which looks as though the great man is still at work but popped out for a break. It’s quite astounding to know that he worked on the Mona Lisa in this room. 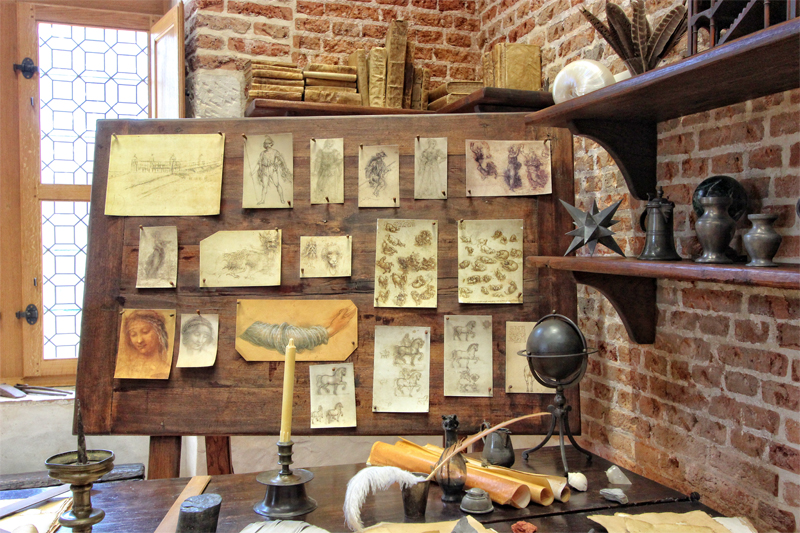 His cabinet of curiosities was filled with oddities and is somewhat macabre. But, you don’t get to draw the insides of bodies of humans and animals by looking at the outside so it’s not a surprise to discover such bits and pieces.

His notebooks record the minutiae of his day and his thoughts. Some notes are poignant, everyday things like what he had for dinner. He wrote about his feelings on life advising that older people shouldn’t drink more than one glass of wine a day and should become vegetarian for better health. The last entry in his diary reads “I have to go now my soup will get cold”… 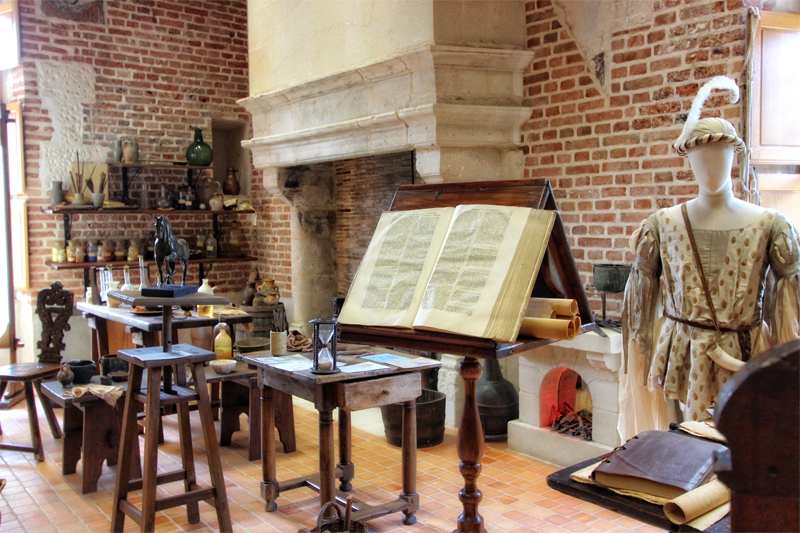 In the basement, dozens of Leonardo’s designs have been brought to life with models and film.

There are magnificent gardens at the chateau. They’re filled with designs by Leonardo, such as his tank and paddle boat. There is a lovely café and restaurant where you can take a break and enjoy the scenery. You can even do wine tasting in the underground passages of the Chateau, it gives you goosebumps to know that the great artist and the great King once traveled along this route to meet each other in secret. 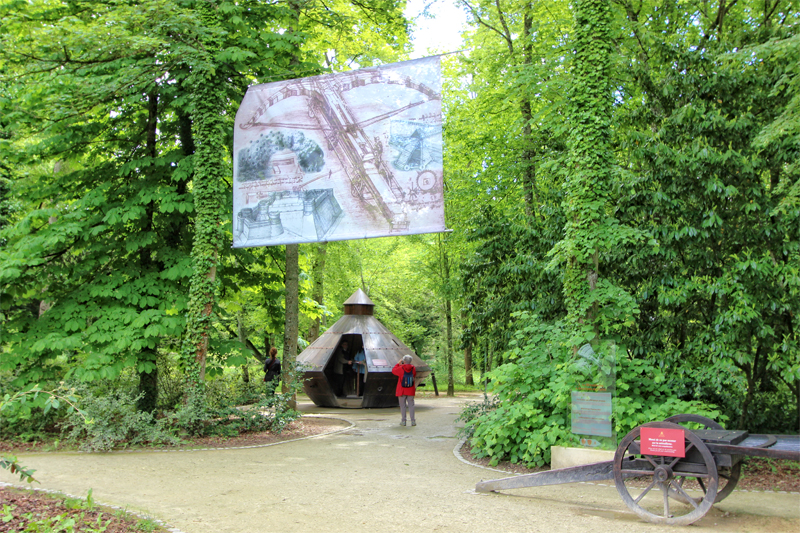 The Chateau du Clos Lucé is one of the most atmospheric da Vinci sites in the world and makes for a truly fascinating visit.

The Chateau du Clos Lucé is open year-round (except 25 December and 1 January). See the website for details: www.vinci-closluce.com