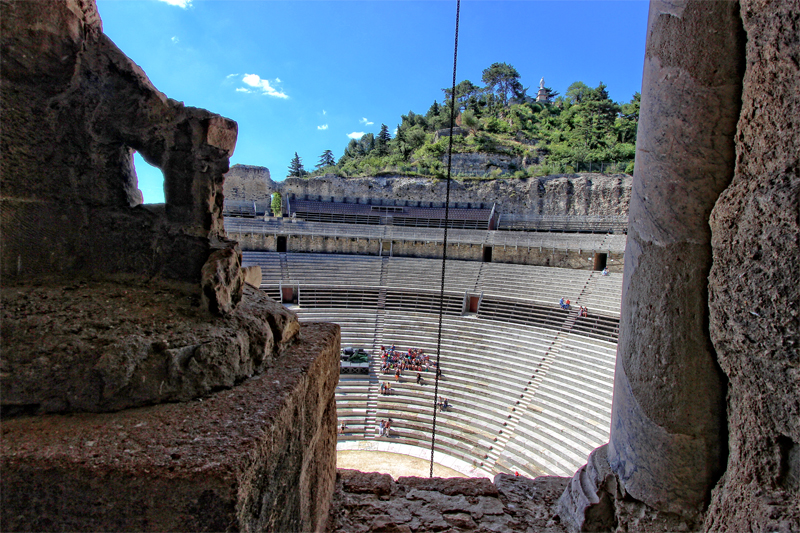 The small city of Orange in Provence has bucket loads of charm that has been built up over the centuries quite literally - for the Romans were here 2000 years ago and the town is proud of its ancient legacy.

The Roman Theatre at Orange

You can’t go to Orange and not see the UNESCO open-air Roman theatre. It has a 37-metre high wall and a stage facing a rounded auditorium of stone benches, the top seats gleaming against the azure blue sky.

When Louis XIV visited Orange, he said of the theatre that it was “the most beautiful wall in my Kingdom.

High up is a statue of Emperor Augustus – looking down on everyone. From the ground, you’d never know that he’s actually 3.5m tall.

In the 19th century, in some areas of France, town architects began pulling down ancient buildings to make way for new. The Roman theatre survived when Prosper Mérimée, an inspector with the newly formed Monuments Historiques, implemented an extensive restoration campaign. The Roman theatre was finally restored to its former glory and wowed the public.

If only these Roman walls could talk 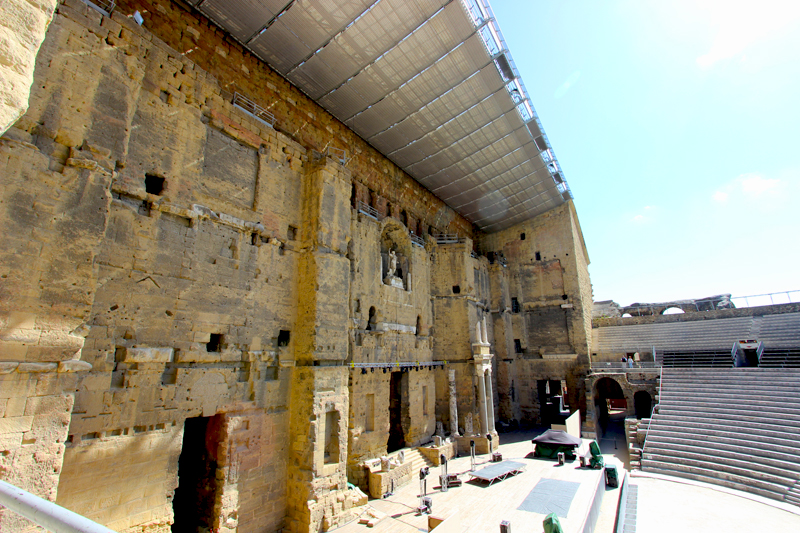 To this day, the theatre at Orange continues to inspire and delight audiences - just as the Romans intended.

Many of the concerts at the theatre are free and it’s an experience that shouldn't be missed if you're in this lovely town. You can get tickets during the day at the theatre reception desk.

In 1869 the theatre hosted what was then called “Fetes Romaines”, the theatrical performances were an immediate success. This became an annual summer event renamed Chorégies and it attracts internationally-renowned artists to perform in front of crowds of thousands, all squished in on those ancient stone benches. The acoustics are stunning, the location is wonderful, the ambiance is exquisite. Classical music, ballet, opera, pop, rock and more, definitely an experience not to miss.

You can also take an audio guided tour of the theatre.

Details of events and tours: www.theatre-antique.com

What to see and do in Orange

Next to the Roman theatre is the Roman museum de cadastre. It's a great little museum with an eclectic collection and a very famous map. The Roman survey map of an area between Orange and Nice dates to the second century AD.

The Roman Triumphal Arch of Orange

A short distance from the theatre is yet another souvenir of the Romans - a grand triumphal arch. This immense 2000-year-old monument was until recently, a place that cars drove Thankfully the authorities have seen sense and have begun a programme of preservation, placing the arch in the centre of a roundabout and directing traffic around it as well as creating a way for visitors to get close to it as it deserves.

Orange town for relaxing and gastronomy 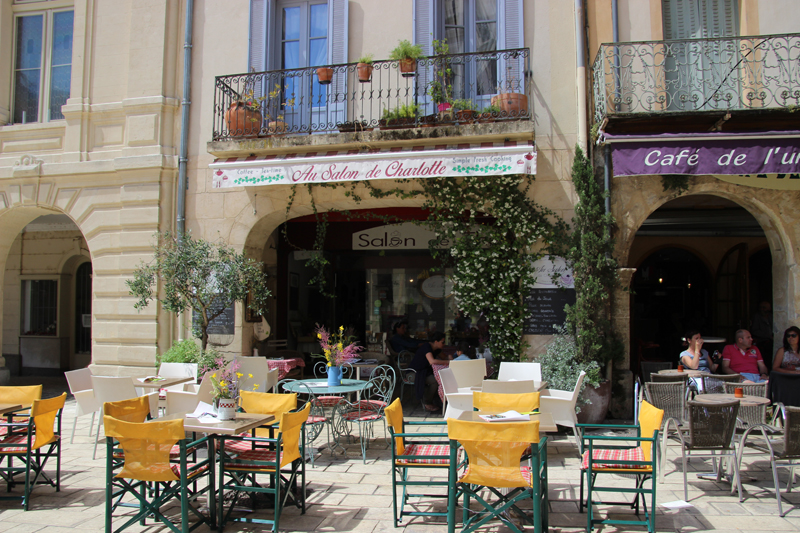 The centre of Orange is an easy place to get around on foot with plenty of shops, restaurants and places to while away hours in the sun. For a Roman vibe, try La Grotte, a restaurant built into the Roman Theatre wall, it’s very popular with the locals. And for people watching, Au Salon du Charlotte is just right.

Orange is more than its Roman legacy, the town is lovely too and great for spending a day relaxing, spoiling yourself with fabulous food and enjoying sitting in the sun watching the world go by.