What to see and do in tempting Troyes, Champagne-Ardenne 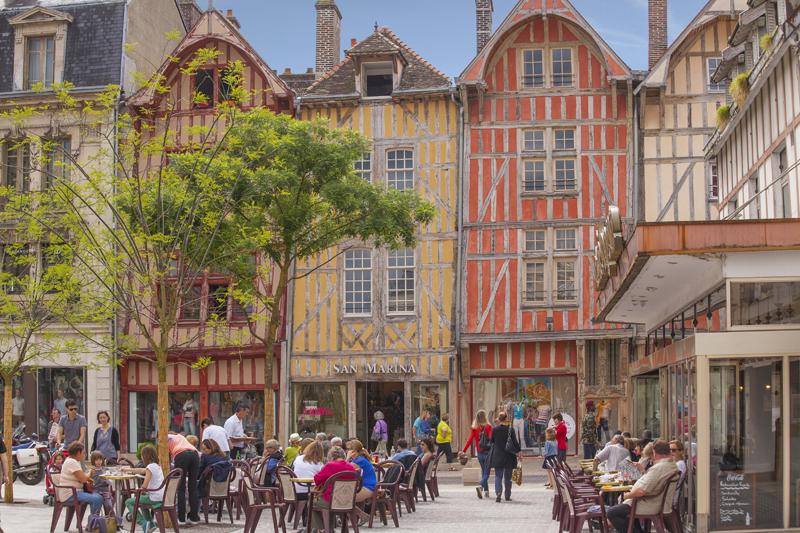 Troyes is the former capital of Champagne and there are loads to see and do in this lovely, vibrant and historic city.

A town in the shape of a Champagne cork

Troyes is an ancient city, once a Roman town with a direct road from Milan and onwards to Boulogne-sur-Mer in the north of France – the route for the invasion of Britain. The powerful Counts of Champagne built a palace in Troyes and fortified the town with walls which, even though Champagne the drink didn’t exist at the time, took the form of a Champagne cork.

A huge fire in 1524 destroyed many of the ancient wooden buildings which were replaced with brick buildings, many of which are still there to this day. Visiting Troyes is like stepping back in time. Every street seems to have its quota of half-timbered houses and there are cobbled streets and tiny alleyways that create a mesmerising maze in the centre of the old town. In the little ruelle des Chats (Cats Alley) it’s so narrow that the houses lean in and touch via a central gutter at the top and cats could cross from houses on both sides of the roads.

Everywhere you go you’ll discover traces of history from hundreds of years ago, quaint, quirky and irresistibly charming…

Things to see and do in Troyes 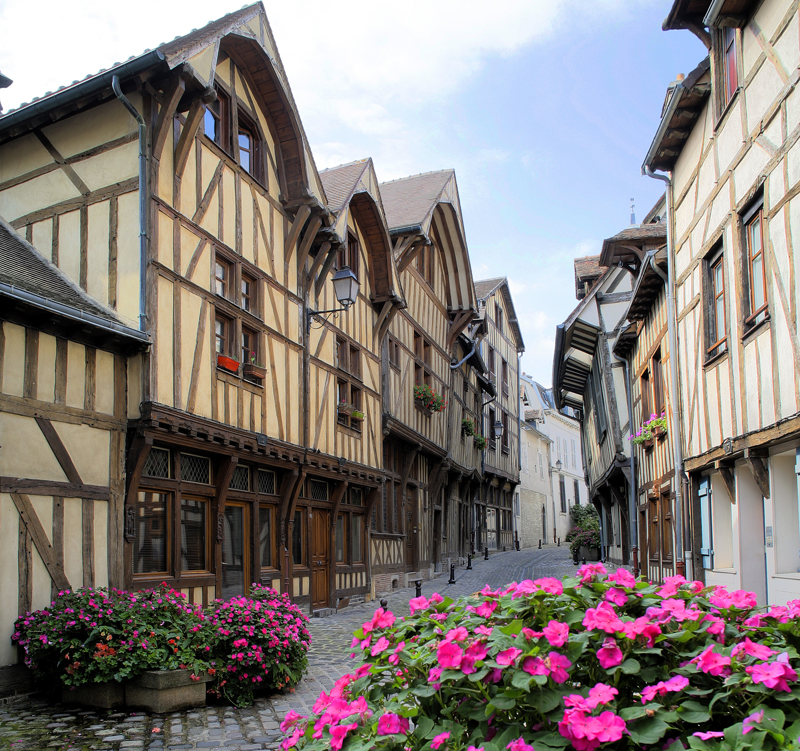 There are nine museums in Troyes including the Maison de l’Outil et de la Pensée Ouvrière, an unusual and charming museum dedicated to hand tools dating from the 18th and 19th centuries. Located in the rather unique Hotel de Mauroy there is an impressive collection of 20,000 tools ranging from the ornamental to the practical.

The Hôtel-Dieu-le-Comte houses a fabulous collection of pillboxes, medicine boxes, and jars for lotions and potions in an apothecary that just as it did when it was created in the early 18th Century.

Troyes is known as the” town of ten churches” and is famous for its magnificent Cathedral of St Peter and St Paul. Its Gothic splendor, begun in the 12th Century remains unfinished, the tower of St Peter completed, the tower of St Paul never started. It doesn’t matter, the 180 amazing stained-glass windows, created over four centuries from the 1400's won’t fail to impress.

One of the largest retail outlets in France is just outside the city. Savvy Parisians flock to shop in Troyes, and when the sales are on in January it is very popular. Troyes was the French capital of hosiery in the 1800s and still a centre for production, known for its lingerie shops.

The very popular Saint-Jean Quarter is brimming with lively restaurants and brasseries ranging from haute cuisine to homely fare. The andouillette de Troyes is much loved by locals who’ll tell you it is a delicious sausage, it’s made from tripe (offal) and some find it’s a bit of an acquired taste.

There are some wonderful bakeries, patisseries, cheese shops and charcuteries and you’ll find a market every day of the week in the town as well as the 19th Century Halles (indoor covered market).

French Connections has loads of great holiday rentals in the Champagne area, nip over to our search pages to find your dream holiday home…