An exceptional location for this luxury family villa with four all-suite bedrooms and stunning...

A stunning new villa with fabulous panoramic view of the bay of Saint Tropez set in a 5,000m2...

IDEAL FAMILY VILLA ON THE EDGE OF THE NATIONAL PARK. Beautifully renovated family villa in...

Coast and Country in Provence Les Belles Lurettes is a much loved holiday home, 6 minutes drive...

A majestic country residence set in over 5,500 m2 private grounds. This property has a fantastic... 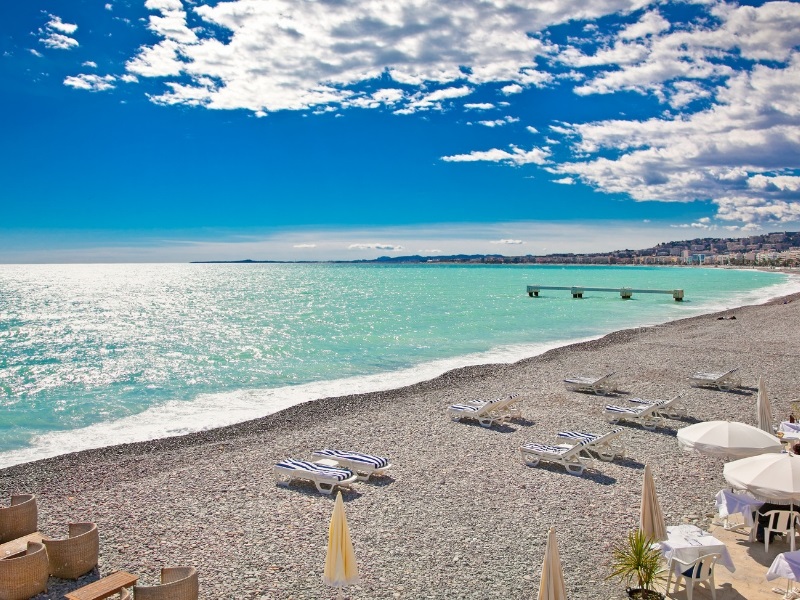 The French Riviera, AKA the Côte d’Azur, received more than 11 million visitors in 2018. The area extents from Menton on the border with Italy into the southern Alps. Nice and Cannes are the two most popular cities for visitors but the French Riviera on the whole does well for tourism.

Tourists are lured to this area of contrasts by beautiful beaches, 14 natural parks, the sunny climate, picturesque villages and cities, a vast array of activities and plenty for culture vultures from Roman ruins to medieval villages. Most popular in the summer but the French Riviera also offers ski holidays with the snow covered mountains just two hours’ drive from the beaches.

Year round allure of the French Riviera

With almost 300 days of sunshine a year, it’s not surprising that visitors love the area for its year-round Mediterranean climate. The most popular months are March to November with July and August seeing peak visitor numbers and beaches brimming with bronzed bodies.

In Winter temperatures rarely go below freezing but in the Alps the snow provides skiing opportunities with 15 ski resorts and over 700km of slopes which open in December. There are also some lovely Christmas markets in the towns and cities.

In February one of the main events of the French Riviera takes place in Nice – the fabulous 15-day Nice Carnival, heralding spring and bringing thousands of tourists to witness flower fights and colourful parades. Just down the road in Menton the Lemon Festival has been growing in popularity year on year.

Top attractions on the French Riviera

Nice is the largest city and unofficial capital of the French Riviera. Glitz and glamour, culture, lots of great restaurants, year-round sunshine, plus plenty to do make this one of the most popular destinations.

Cannes is known throughout the world for its famous film festival but there’s much more to this alluring city. Elegant streets, world class shopping, fabulous restaurants, sandy beaches and islands you can visit.

Monaco is very popular with visitors for its picture postcard good looks, casino and royal family. It epitomises the glamour of the French Riviera and is easy to reach by train.

From Menton you can peer into Italy. It’s not a huge town but it has plenty for visitors from its fabulous market, hilly winding streets of old houses dripping with flowers and seemingly an orange or lemon tree on every corner.

Island hopping – head to Ile de Porquerolles, voted one of the most beautiful beaches in France for a holiday with a tropical feel. Just 10 minutes by boat from the shoreline of the French Riviera, there are fabulous beaches and great snorkelling and scuba diving opportunities.

Full details of events, places to go and much more on the official tourism website for http://www.cotedazur-tourisme.com

for accommodation in The French Riveria, Contact French Connections.

Useful Information about the French Riviera