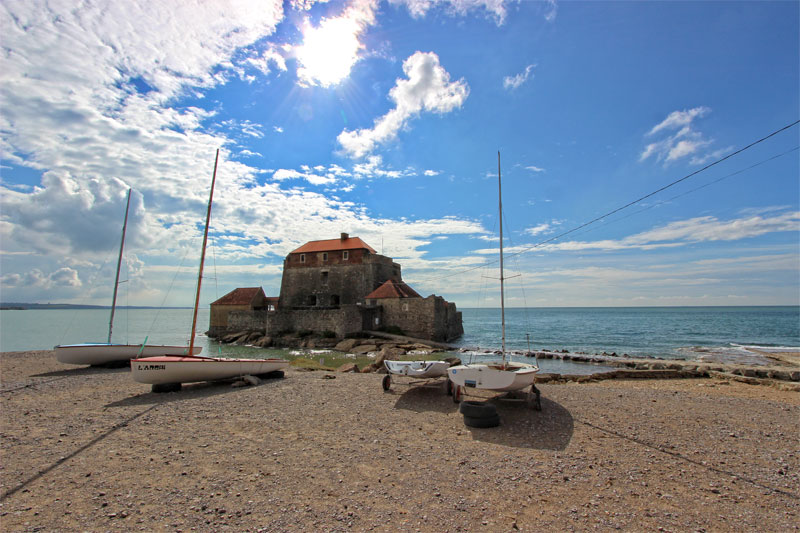 The department of Pas-de-Calais is in the far north of France, in the Hauts de France region (formerly Nord-Pas-de-Calais and Picardy).

It’s one of the most visited departments of France thanks to Eurotunnel in Calais Frethun and the port of Calais. More than 10 million passengers travelled via Eurotunnel in 2017 and almost as many again travelled by ferry to Calais, making it the busiest car ferry port in France.

Most travellers arriving in Calais immediately hit the excellent autoroutes to the rest of France, but, they are missing out.

Pas-de-Calais offers a taste of real France right on the doorstep of the UK and just a few miles from Calais port there are beautiful uncrowded beaches, medieval villages, picturesque towns and bucolic countryside.

There’s plenty to see and do in Pas-de-Calais. It’s great for families, couples and groups and provides a wide range of activities from beach and water sports, to horse riding in the sand dunes, historic towns and great gastronomy. And, it makes for a perfect stop off for an overnighter or weekend to and from the UK for those travelling further. With a choice of coast or country breaks, the Seven Valleys is akin to Dordogne in style, there’s plenty on offer for holiday makers.

Booze cruises are making a comeback as duty on wine and spirits in the UK has increased, with cheap day trip and short stay travel options available on both train and ferries. And for lovers of French food, the department offers a street market in almost every town, hypermarkets, gourmet food shops, local cheeses and beers and wine stores.

The number one attraction in the department is NAUSICAA, the French National Sea Centre in Boulogne-sur-Mer, and the largest aquarium in Europe.

Montreuil-sur-Mer has become a favourite destination for overnight and weekend stays for Brits. A hilltop town with cobbled streets and ancient buildings, it’s also a Destination Gastronomique with many restaurants including the world famous 2 Michelin Starred La Grenouillerie.

Remembrance tourism has played an increasinly important role in attracting visitors to this department in the last few years with the key anniversary dates of 2014-2018. Indications are that this trend is set to continue though at a slightly reduced rate with the most popular areas being Arras, Dunkirk and Saint Omer.

Also on visitor lists are Agincourt, scene of one of the most important battles of the Hundred Years War and Boulogne-sur-Mer from where Napoleon planned to invade England.

The busiest tourist season for Pas-de-Calais runs from June through to August as the Opal Coast is a major attraction with beautiful, uncrowded sandy beaches, dramatic cliffs and secluded coves. Top areas along the coast include Le Touquet AKA “the Monaco of the north”, famous for its elegant and chic streets and shops, Wimereux with its Belle Epoque style villas and Calais town, popular with day trippers.

There are plenty of museums for rainy day excursions with a number of major exhibitions each year including at the excellent Calais Lace Museum.

The Christmas markets of the department are a big lure for visitors, Arras Christmas market is the biggest in the north of France and attracts up to 1 million people during its 4-week stint.

A full programme of events and can be found on the Pas-de-Calais Tourist Office website: pas-de-calais-tourisme.com