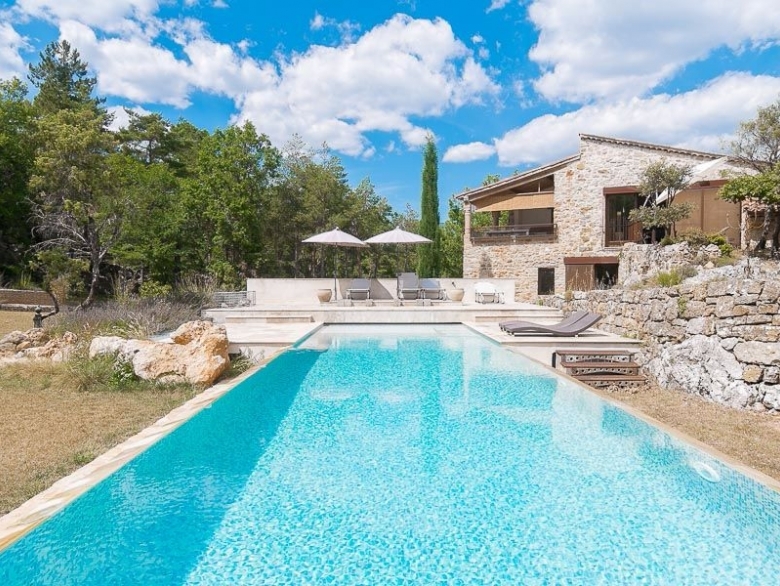 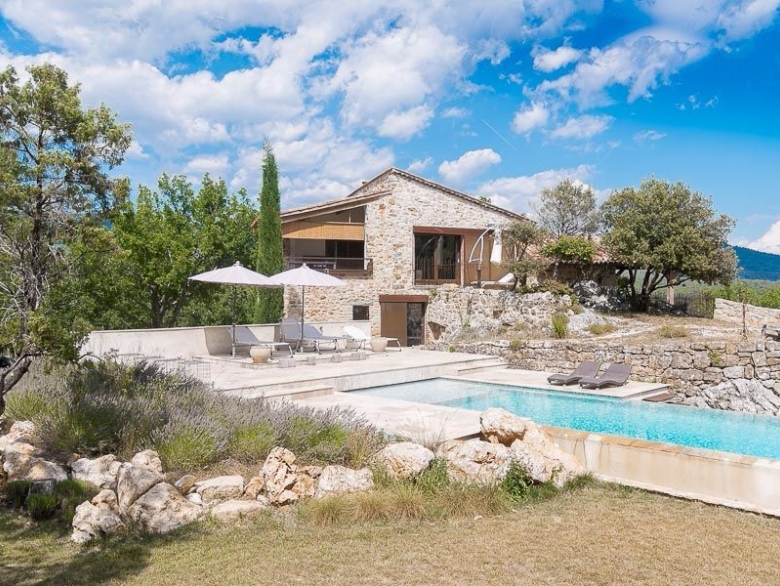 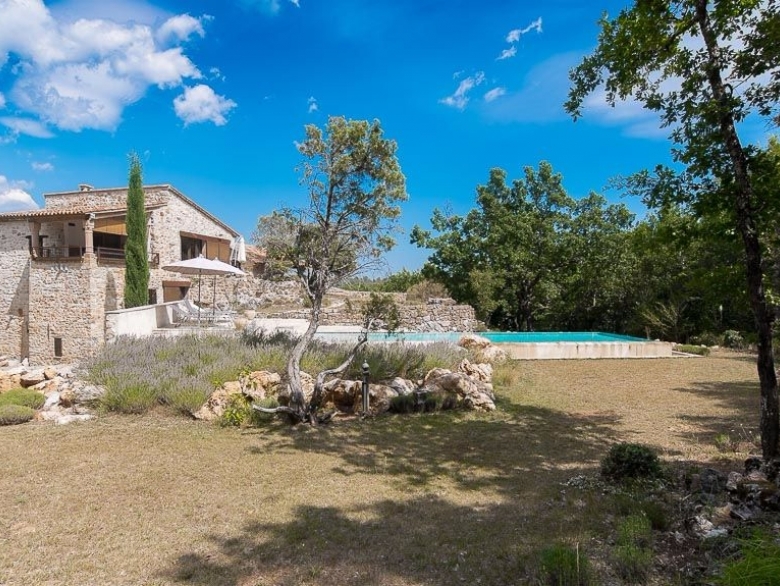 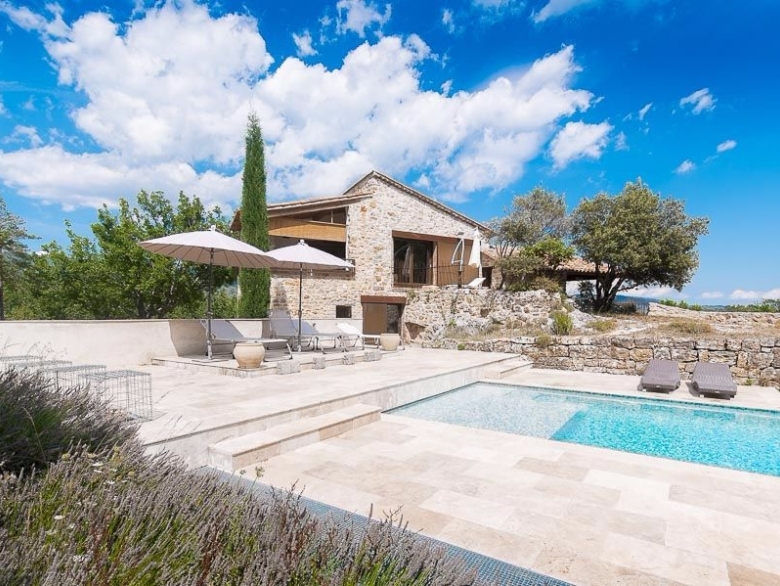 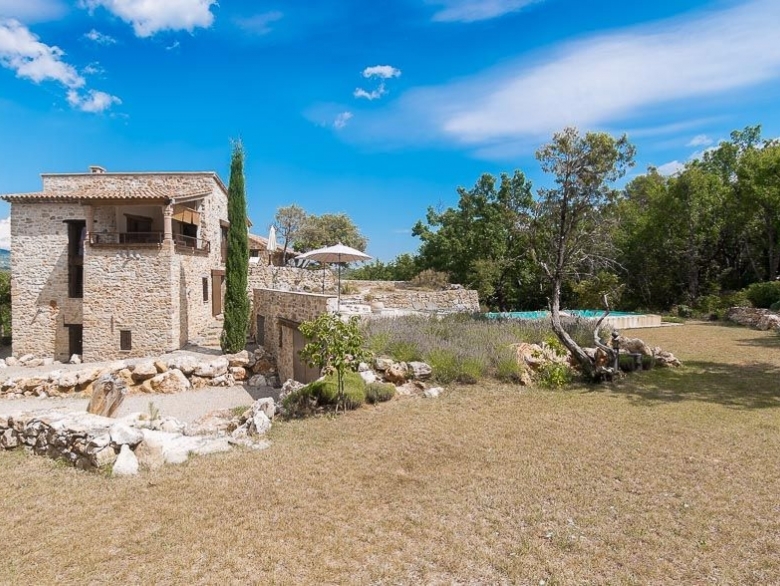 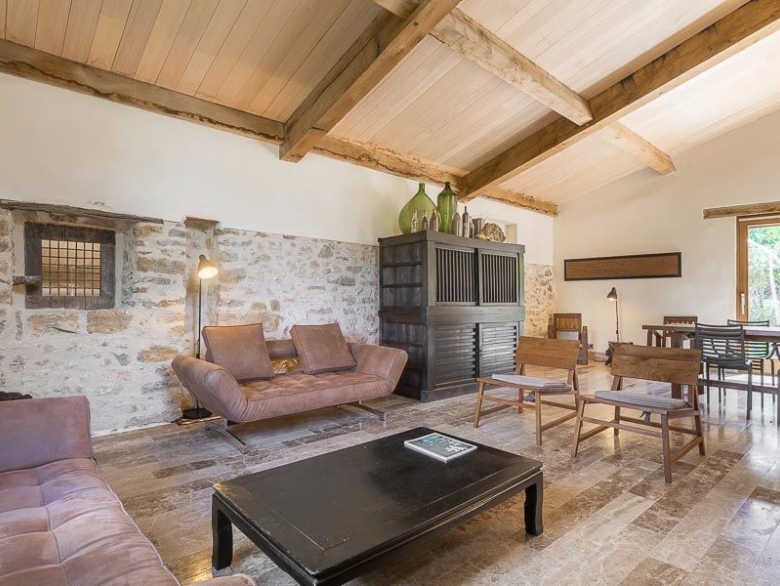 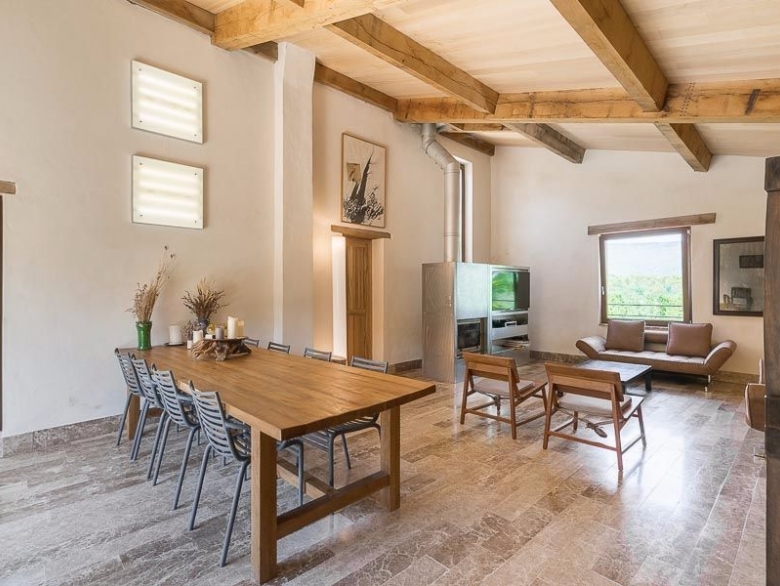 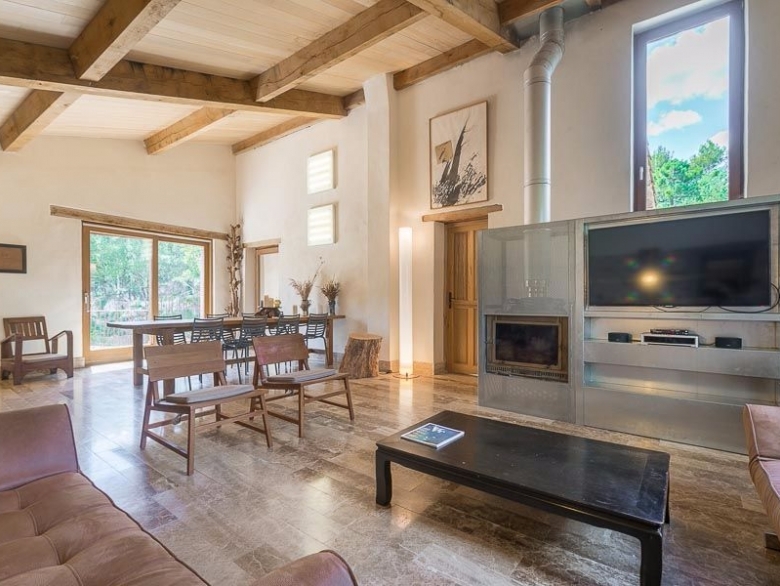 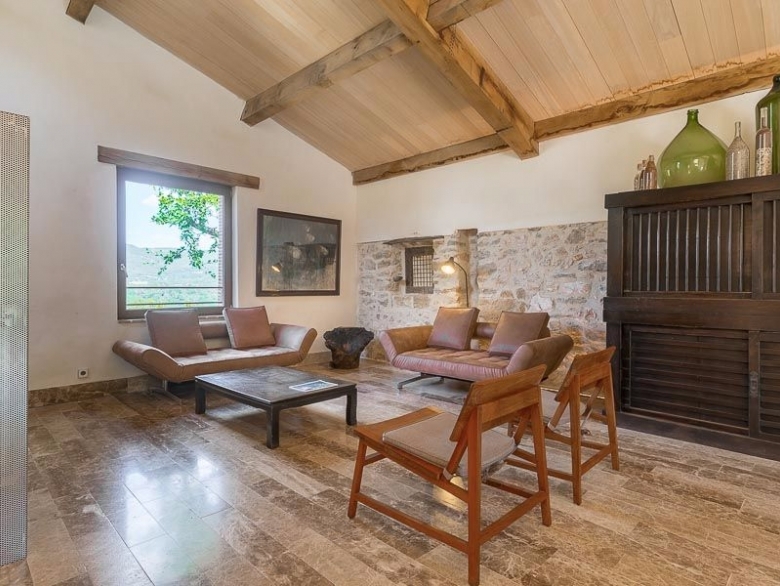 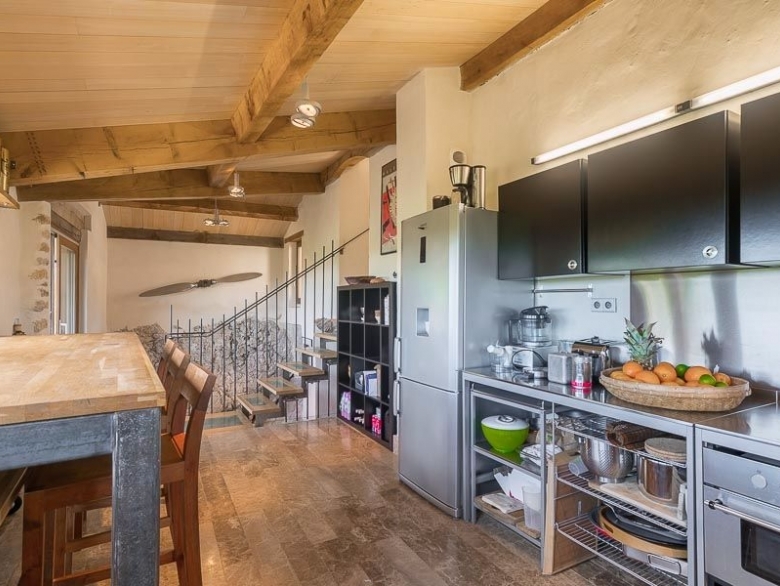 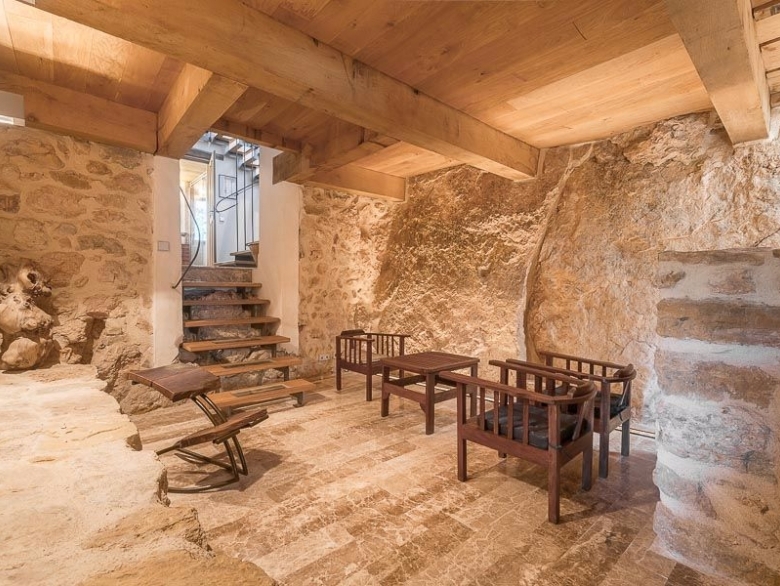 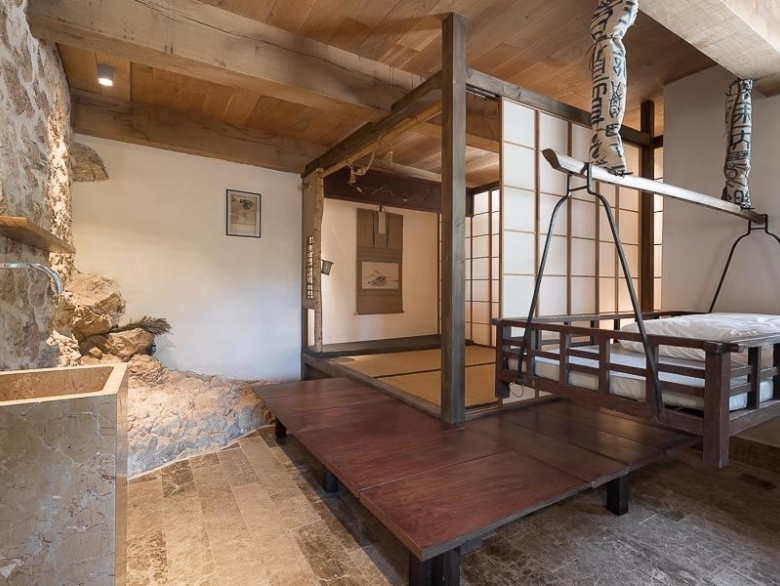 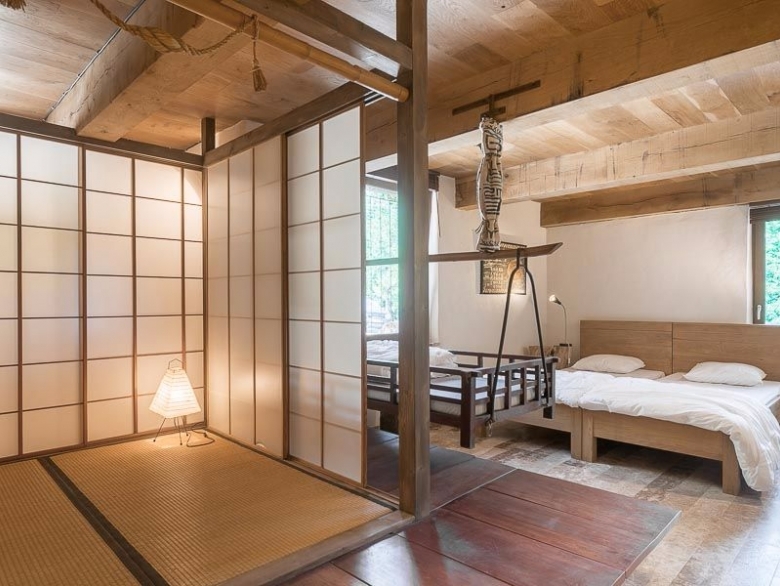 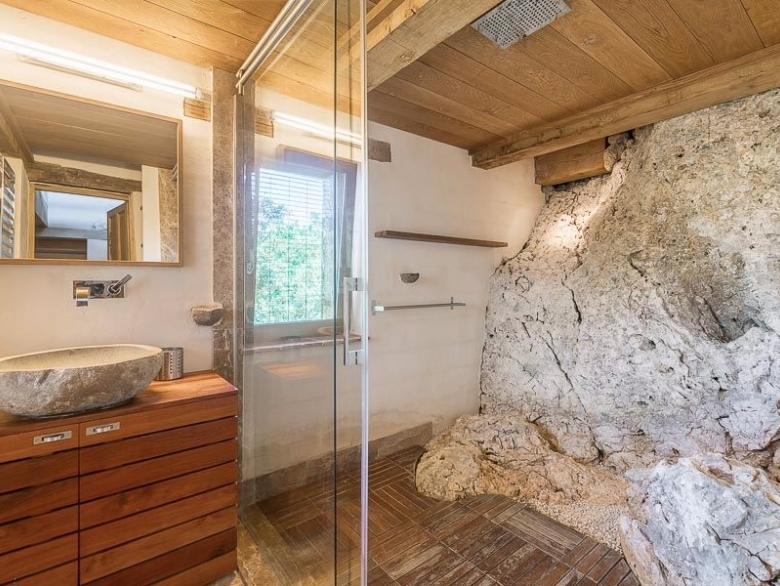 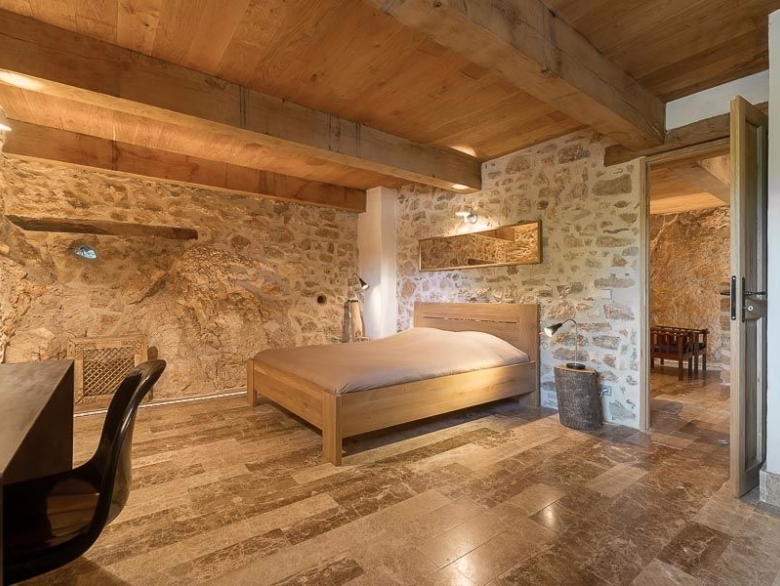 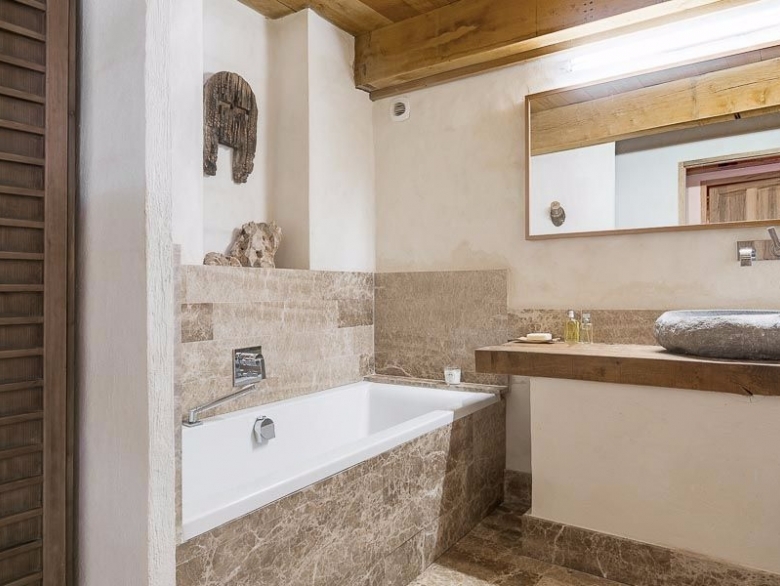 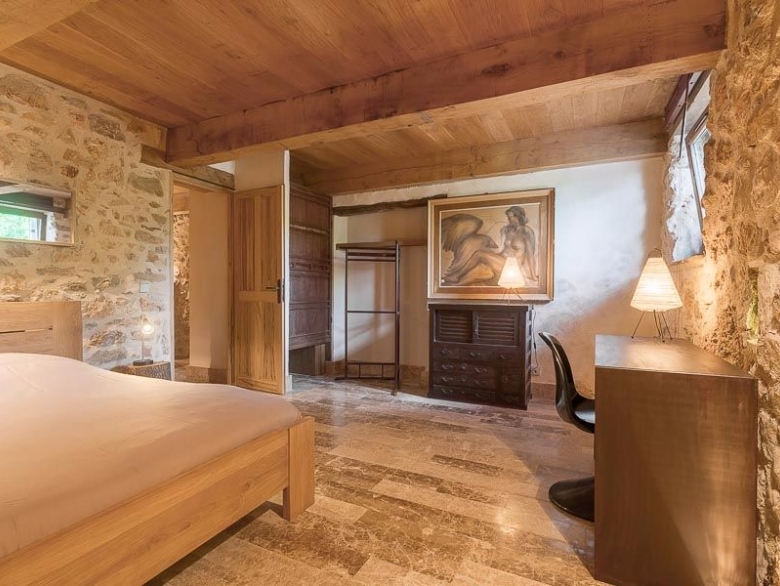 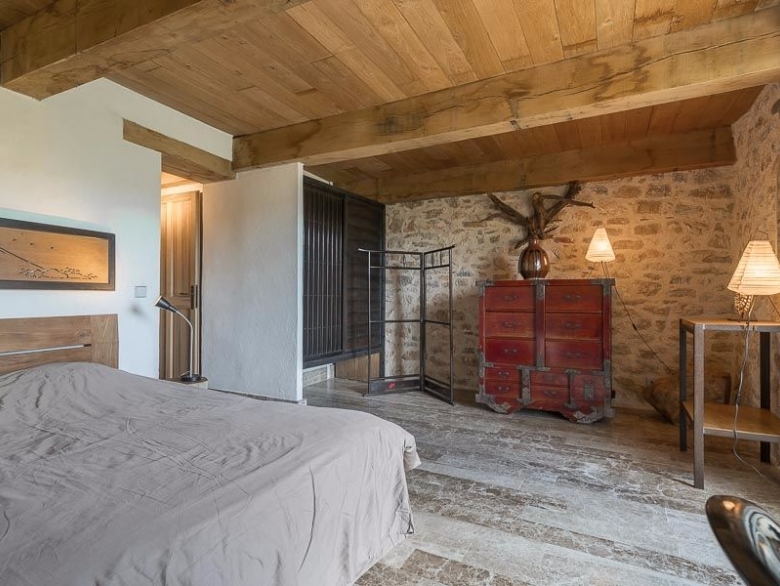 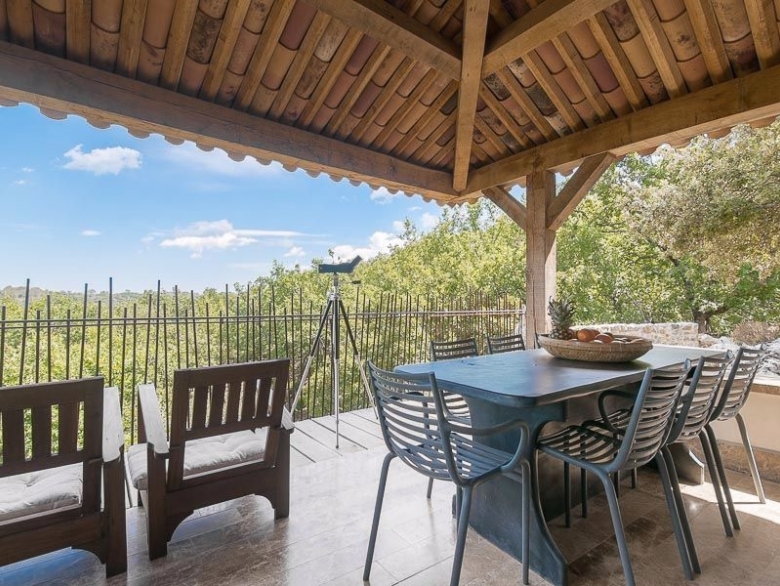 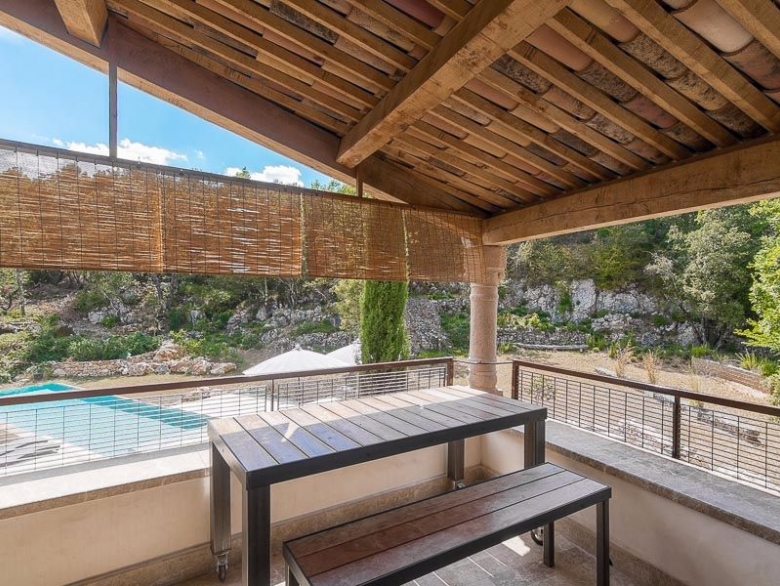 A unique architect's property built from the rock to provide four bedrooms to sleep 10 people with special features such as a rock shower and open stone bar with three terraces overlooking the views and private 15 metre heated pool. The villa is located just a few kilometres from the village of Tourtour, awarded the title of 'prettiest village of France'. This villa can be rented alone or together with its sister 10 bedroom 'Ferme de Valescure' to accommodate up to 30 people.

An amazing house built from the rock originally dating back to the 18th Century and now completely re-built by a well known architect to offer a superb 4 bedroom designer house.  The house has four bedrooms and two bathrooms to sleep a maximum of 10 people.  There are two double bedrooms, a twin bedroom and then a dormitory style bedroom with four, full length single beds.  The rooms are separated by corridors and inter-connecting staircases and one of the bathrooms has a shower carved out of the rock face.  Downstairs is a snuggery with a real stone bar while upstairs is a large living room with a spacious outdoor terrace and big windows and a very well equipped modern kitchen also with breakfast terrace.  The house is very luminous and has been designed with good sized windows and three terraces from which to admire the stunning views.

Villa Alesia is available for holiday rentals, Saturday to Saturday in July and August, flexible days the rest of the year. Rates include rental, linen and end of stay cleaning. Pool heating is available upon request between April and October at a weekly cost of 200 Euros.