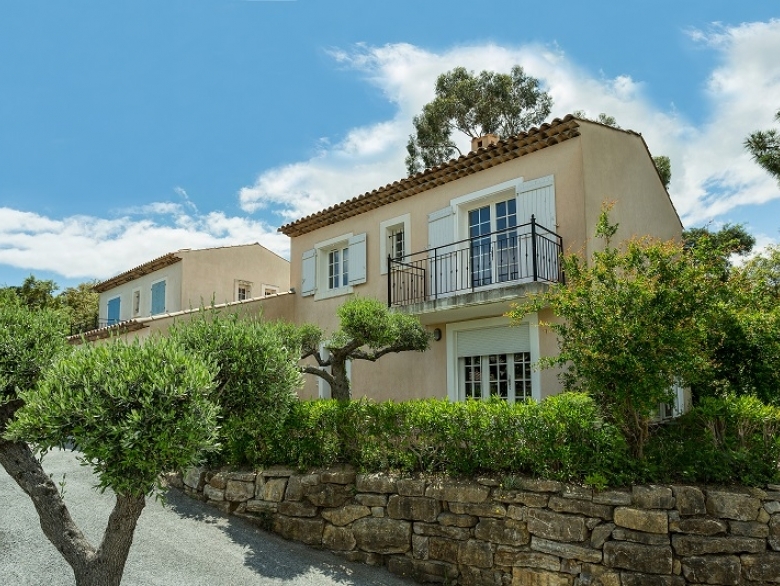 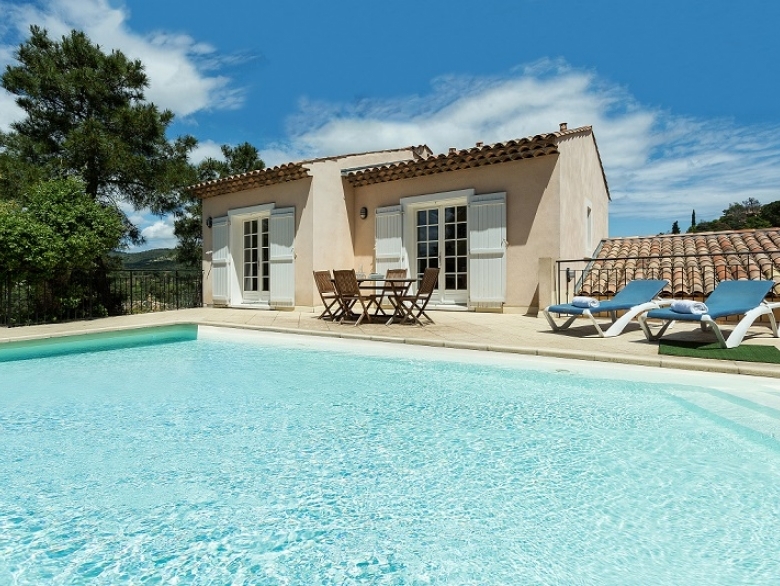 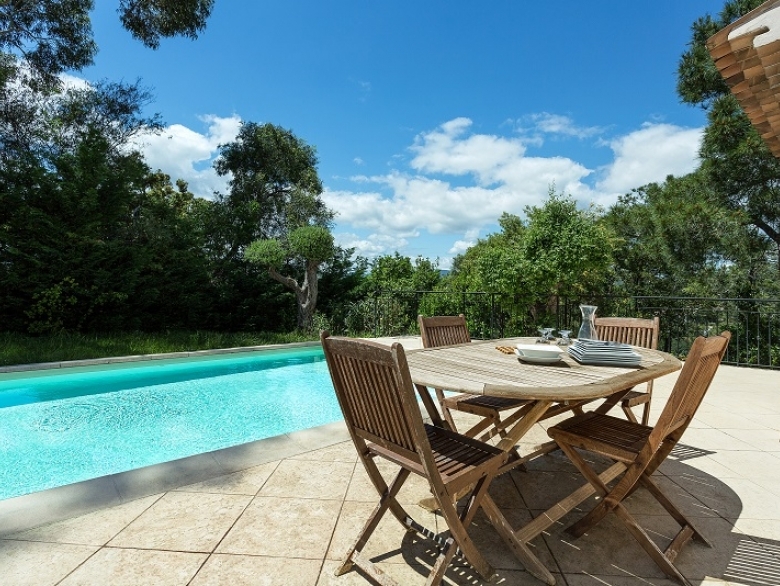 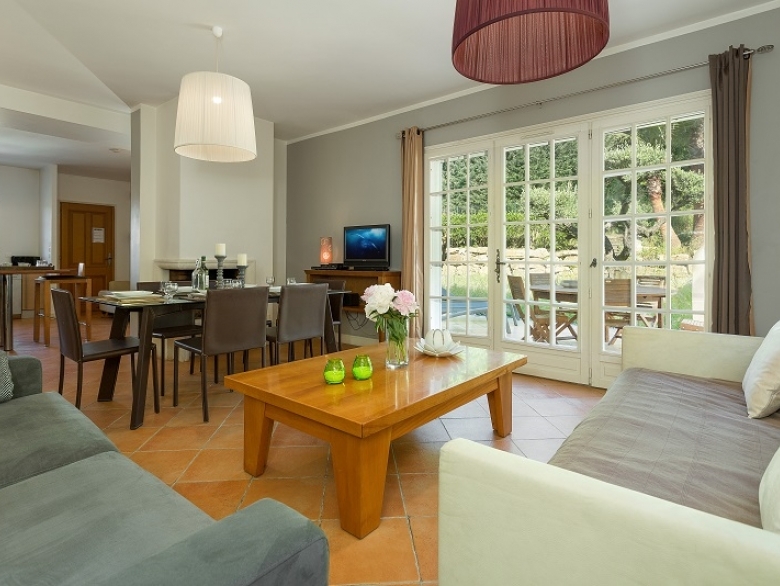 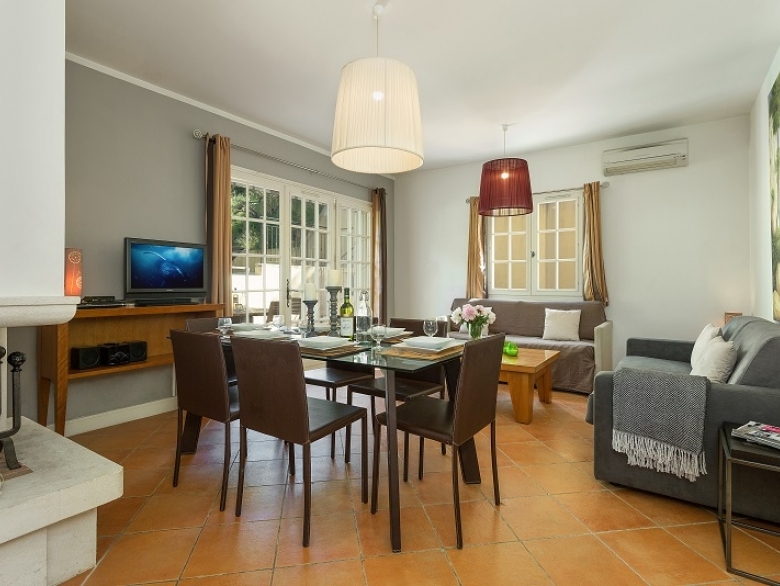 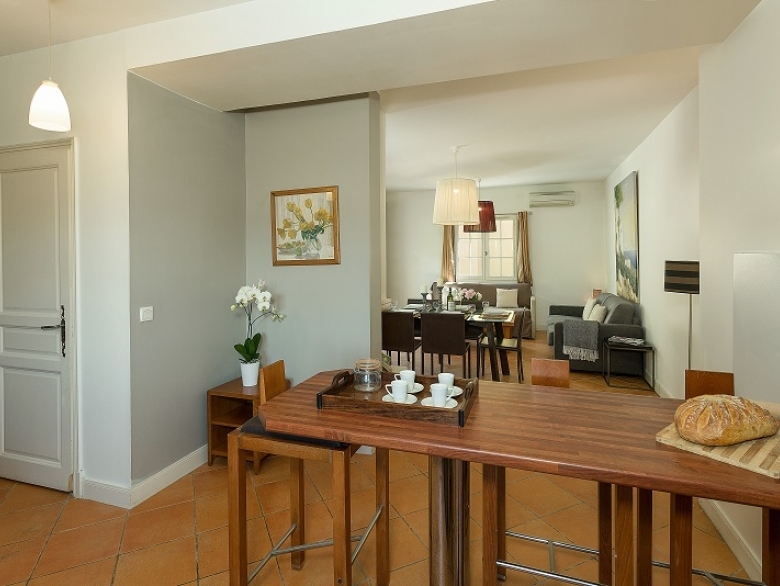 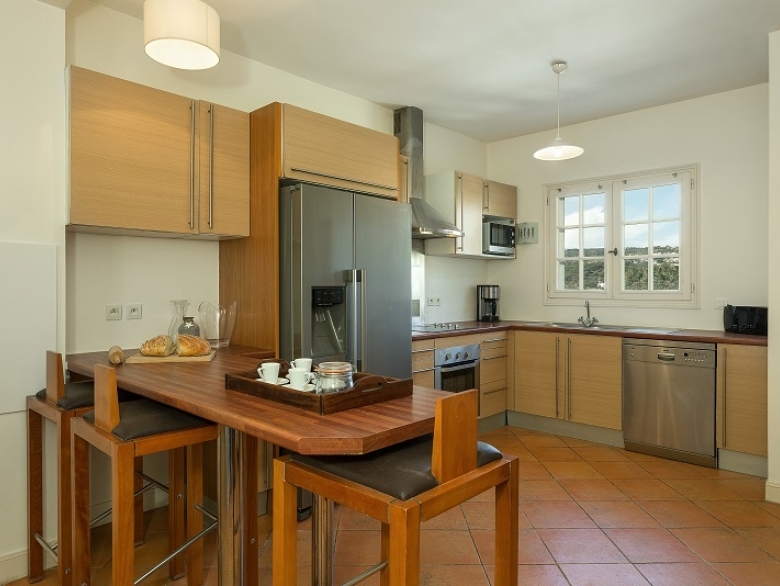 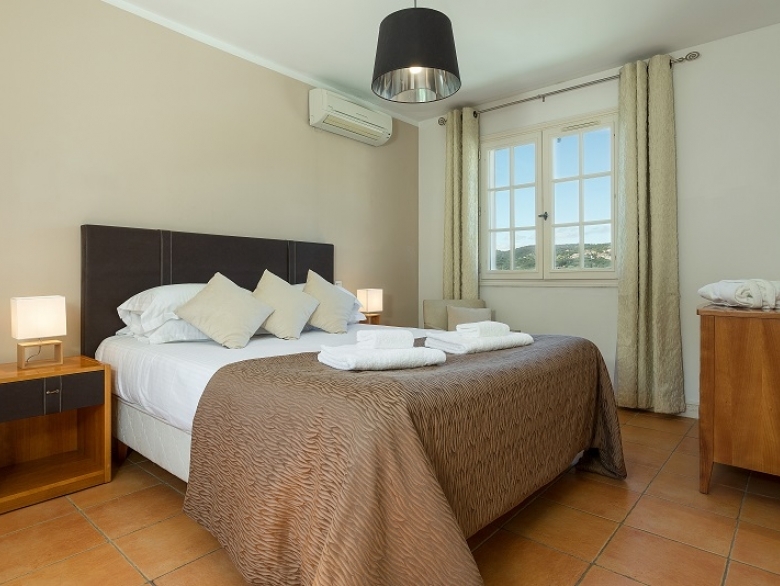 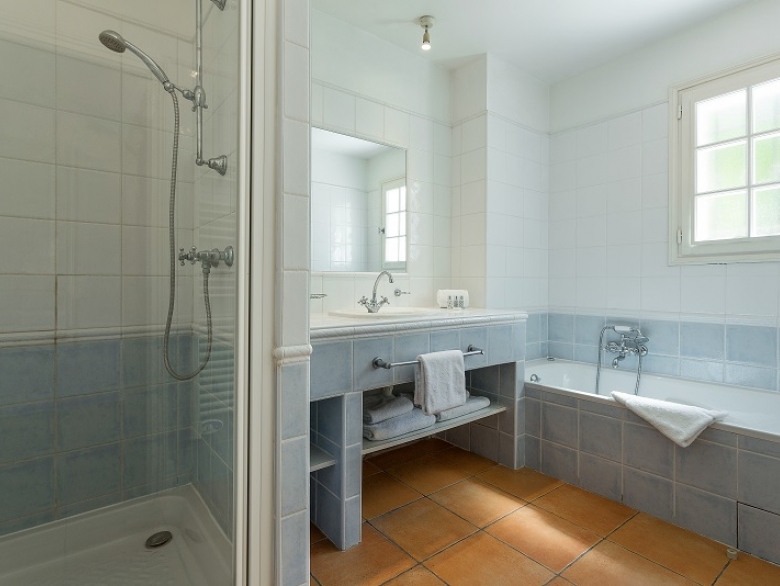 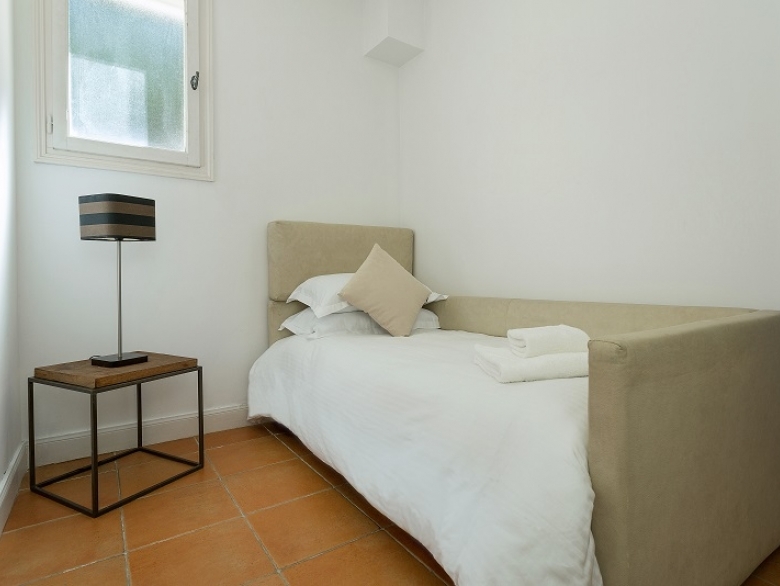 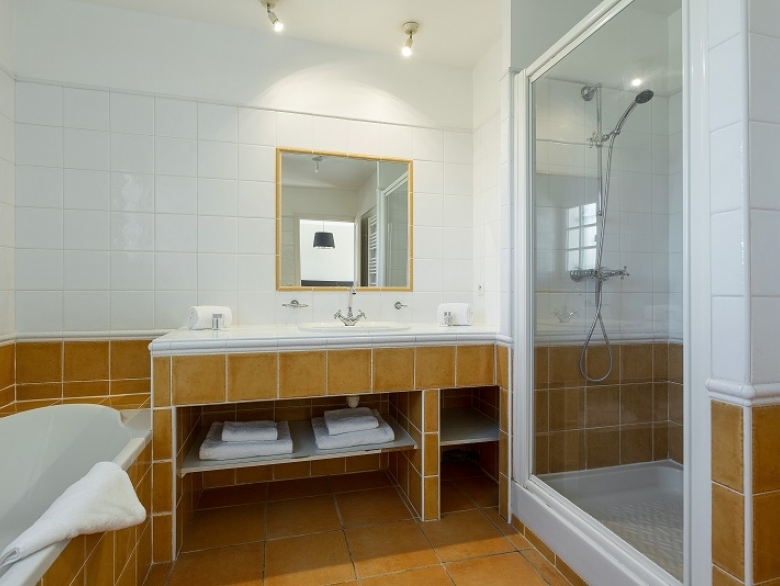 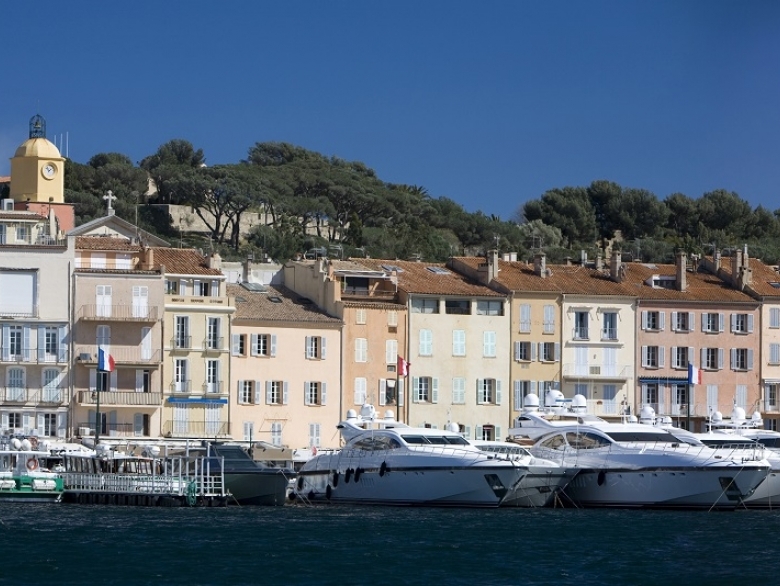 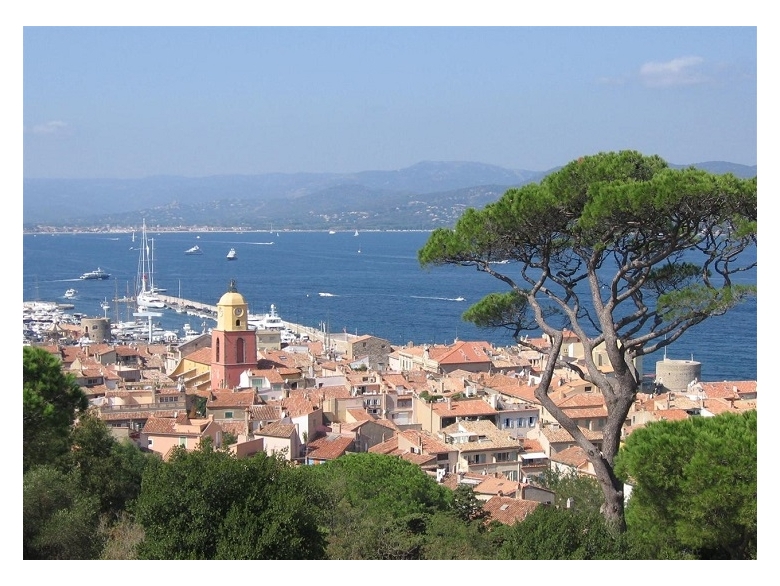 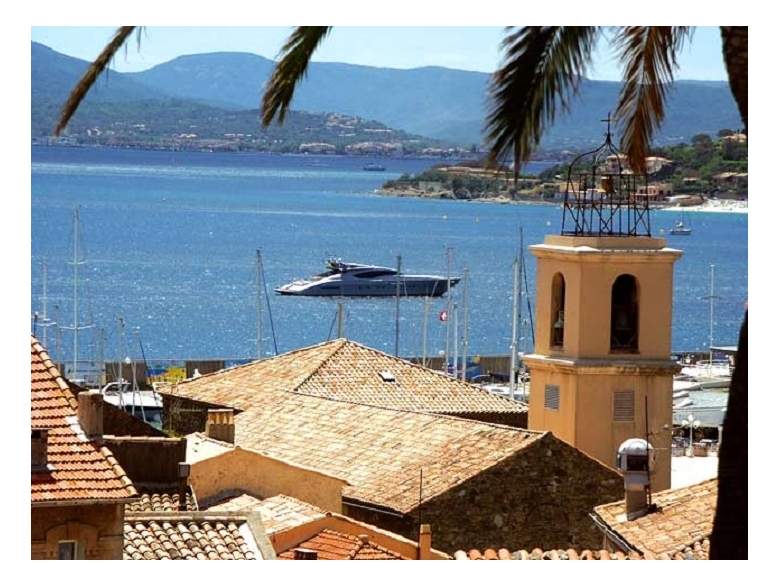 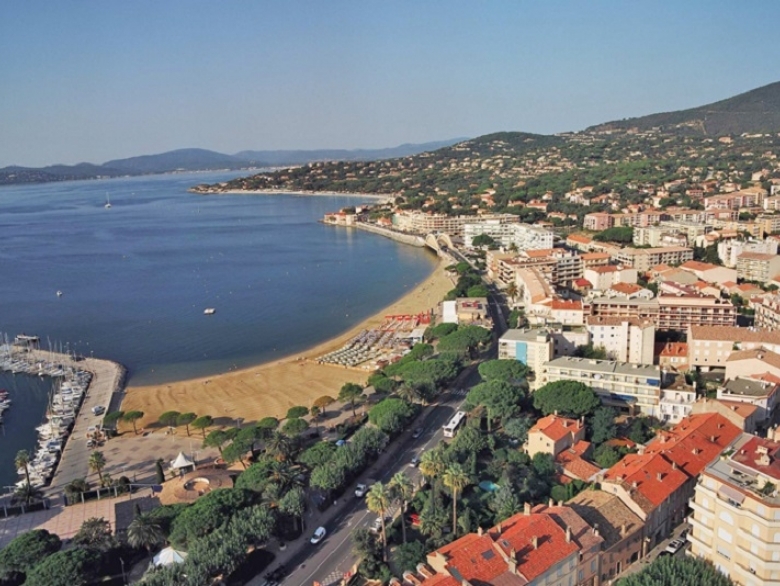 Detached two storey villa with private pool and air conditioning throughout, 2km from Sainte Maxime and a sandy beach, St Tropez 15 minutes by boat. These modern, recently renovated two storey villas are set within the gated domain of Les Hauts du Carre Beauchene, just 2km from the beaches in the bustling resort of Sainte Maxime which lies across the bay from St Tropez.

All villas have been tastefully decorated and offer high quality furnishings. With two double bedrooms and a small twin bedroom (most suitable for children), two bathrooms, wi-fi, air conditioning throughout, private pool and garden this is the ideal place for a relaxing family holiday. The villas all have added touches of luxury to ensure your stay is as comfortable as possible. This includes beds made up for your arrival, towels, bathrobes, electricity charges, a welcome hamper, mid and end of stay cleaning are all included in the price.

Please note: Photos shown are examples of villas only but decor and furnishings may vary.

Private swimming pool (open from mid-April to the end of September depending on the weather). Pool size: 6 x 3m, depth 1.6m throughout. Security system: hard cover. Steps down into pool.

Located on Saint Tropez Bay, the seaside resort of Sainte Maxime faces the Mediterranean Sea and is sheltered from the wind by the Maures Mountains. Take a stroll through the lively pedestrian streets of the old town right up to the pier overlooking the bay. There is a choice of lovely beaches in and around Sainte Maxime including the long, sandy La Croisette beach and the smaller beaches in nearby La Nartelle. There are also private beaches with restaurants available. There is ample parking in Sainte Maxime however it does get very busy in high season. There are numerous water sports activities available and also leisure activities such as golf, tennis but also walking, hiking and horse-riding in the nearby Maures Mountains. A boat trip across the bay is a great way of discovering St Tropez without the hassle of having to park your car or getting stuck in traffic. Crossings take 15 minutes and costs around 13€ per person return.

Grimaud is a charming medieval village with a small selection of shops, bars and restaurants ranging from traditional to haute cuisine. Grimaud is one of many inland villages and has its own unique character. We highly recommend you pay a visit to the antique market the Brocante du Jas des Roberts. A must-see place for all bargain hunters.

Port Grimaud is a modern development built with colourful, traditional style fisherman’s houses lining canals, and has become known as known as the Venice of Provence. It is split into four islands linked by bridges over the waterways and is best visited by water bus.

Saint Tropez (17km or 15 minutes by boat from Sainte Maxime)

Saint Tropez is the jewel on the crown of the Cote d’Azur. With its unbelievable charm, this fishing port with chic pavement cafés, shops and sophisticated nightlife still attracts celebrities from around the globe. Arguably everything in St Tropez is famous: over forty beaches such as the Bouillabaisse, Canoubiers and Salins, the legendary Place des Lices in the heat of the town dotted with cafés shaded by plane trees and locals playing boules. Whilst the hype of the 1960’s has settled, Saint Tropez remains a very attractive spot for the international Jet Set and people watching here remains a favourite sport!

Why not take a trip to the famous Pampelonne beach? This is where the rich and famous of St Tropez usually hang out during the summer months. There are lots of well-known restaurants dotted along the beach such as the famous Club 55 which in spite of its success has managed to retain its charm. The beach stretches over several kilometres with a string of wonderful coves and rocky inlets so all you have to do is take a stroll and take your pick! In contrast, you can visit the peaceful perched village of Ramatuelle which offers great views along the coast.

Frejus is an ancient military port and Roman city with a rich historical and architectural heritage. You will find some superb Roman remains including a Roman theatre still used for various summer events and one of the largest amphitheatres from Gallic times. Take a boat trip out to the nearby Lerins islands which offer fantastic views, pine and eucalyptus fragrance, unique plant species and the Fort Royal, the former residence of the Man in the Iron Mask.

Tree top adventure park: Provence Aventure (34km). Set in a beautiful oak forest, on the banks of a river. There are a number of routes for everyone to enjoy depending on age and ability as well as a spectacular zip line 250m above the river.

Zoo: Parc Zoologique, Fréjus (24km). Situated in the foothills of the Esterel Mountains, the animal reser

How to get to Hauts du Carré Beauchene+

Included in the rent