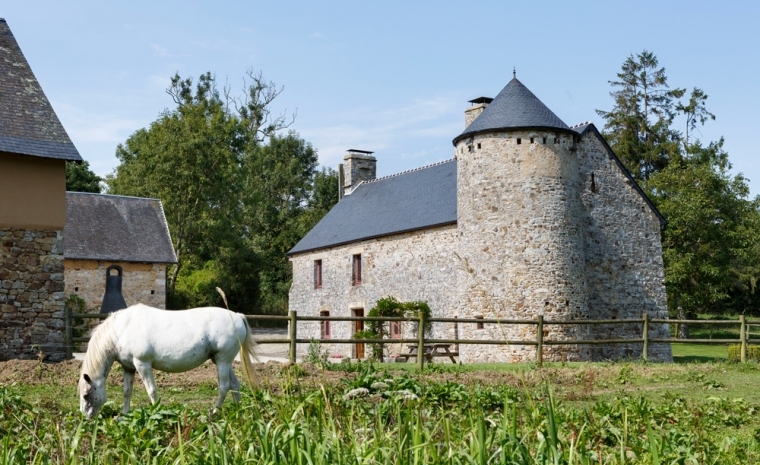 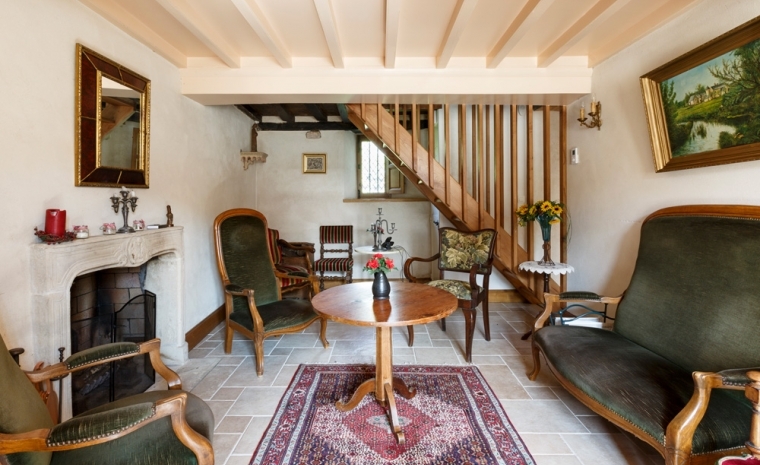 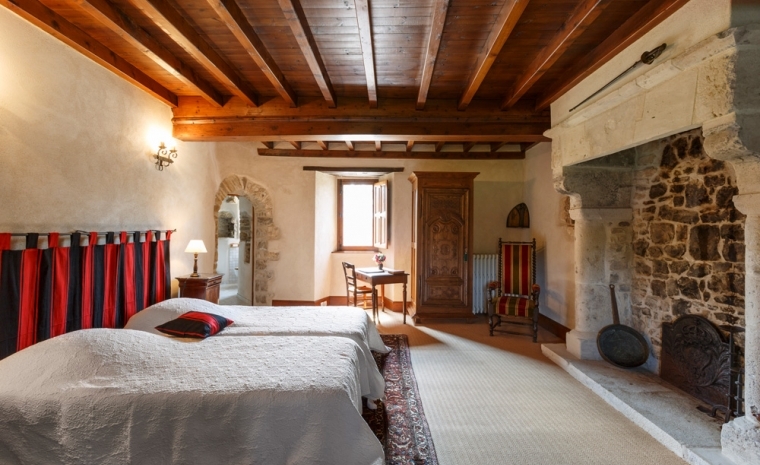 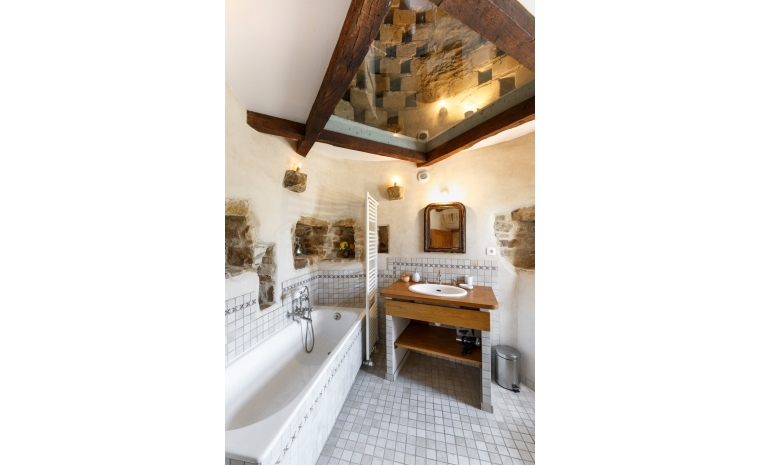 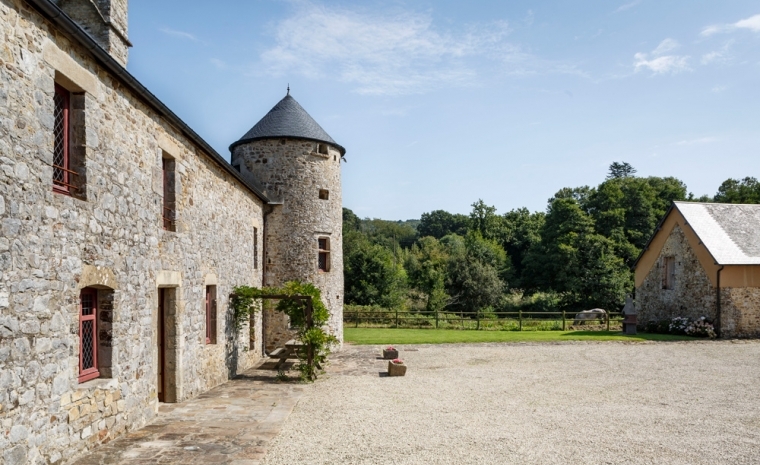 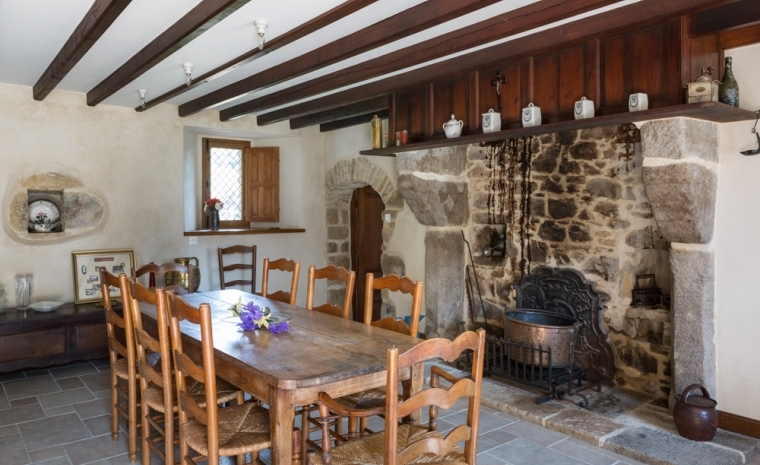 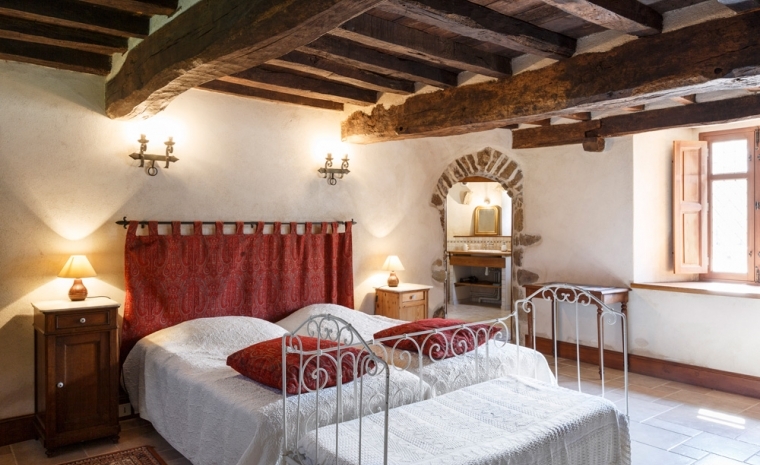 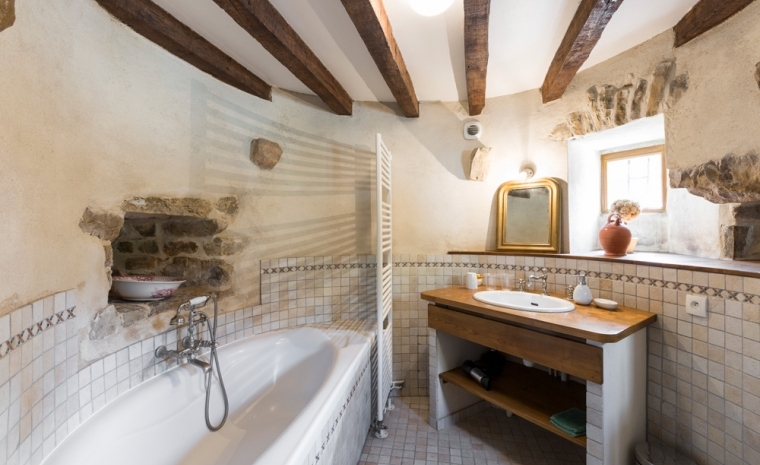 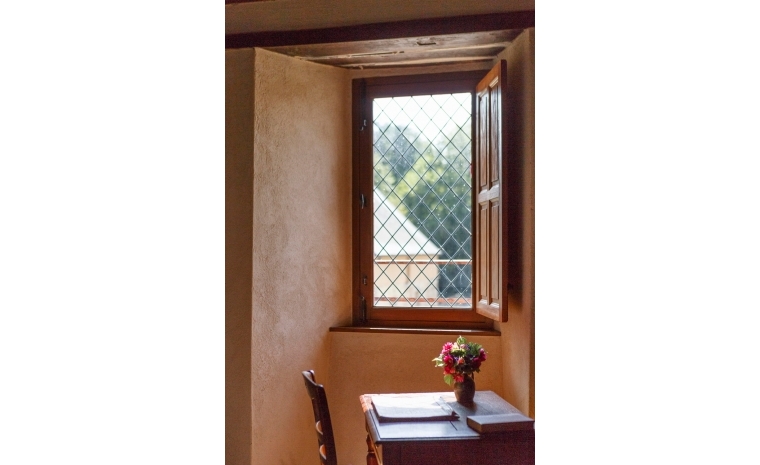 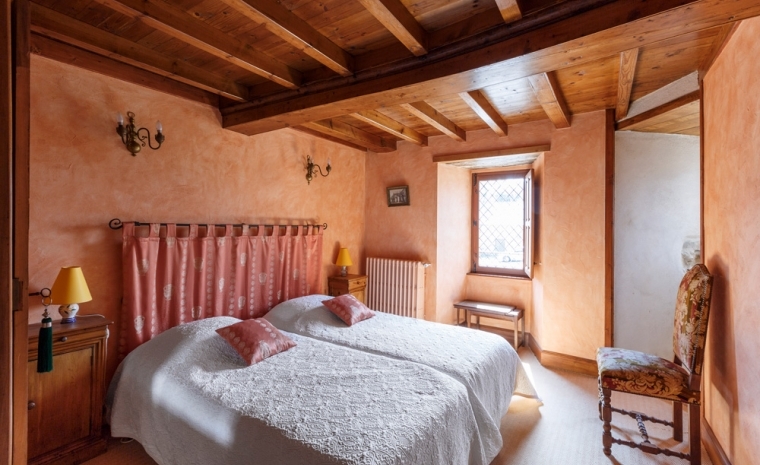 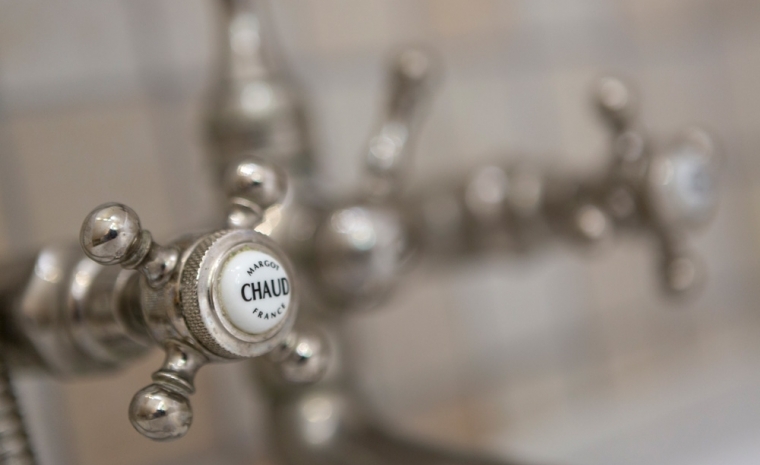 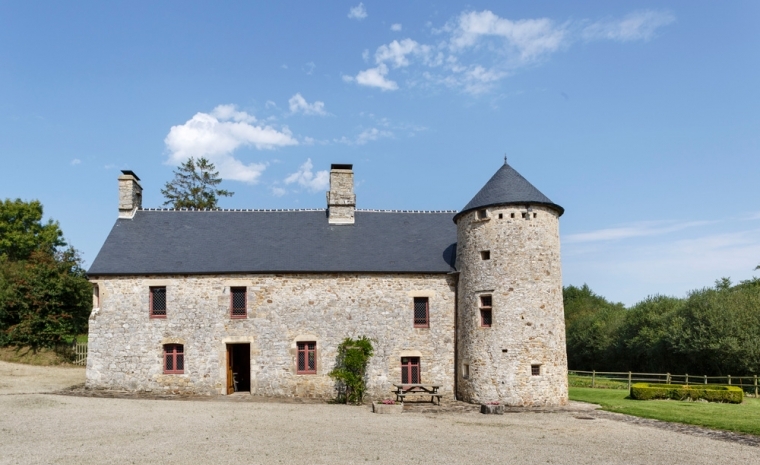 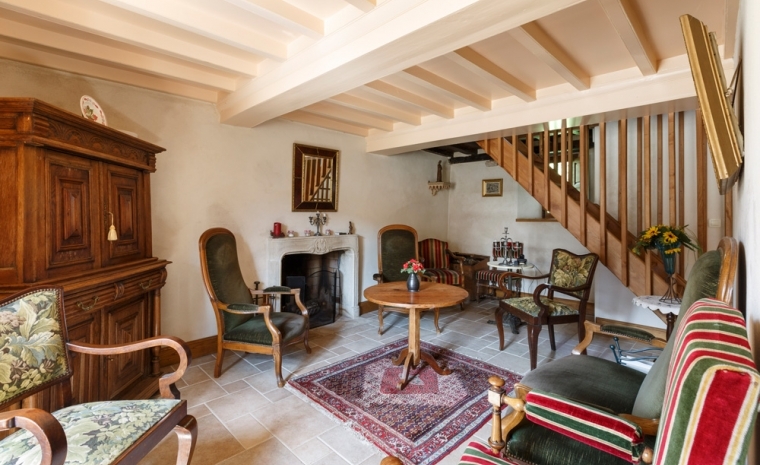 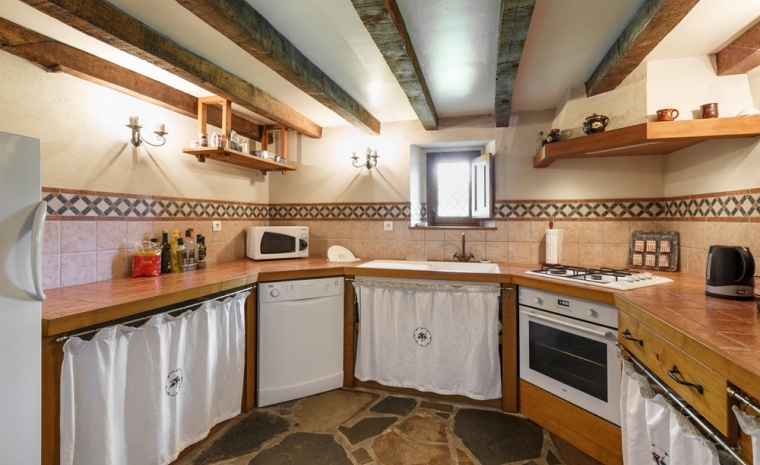 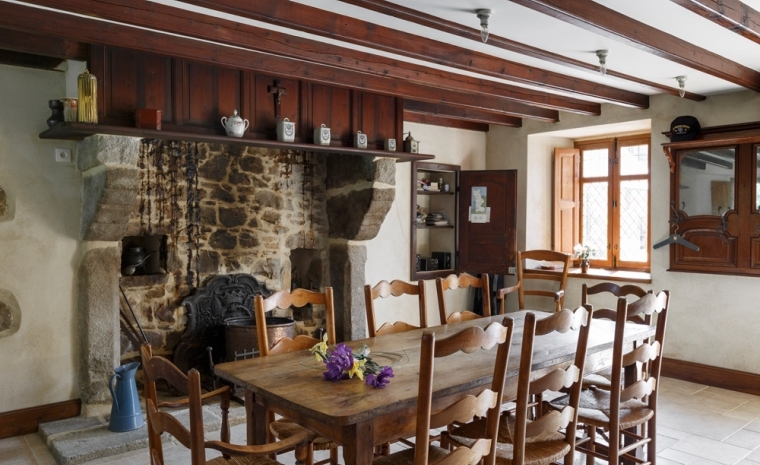 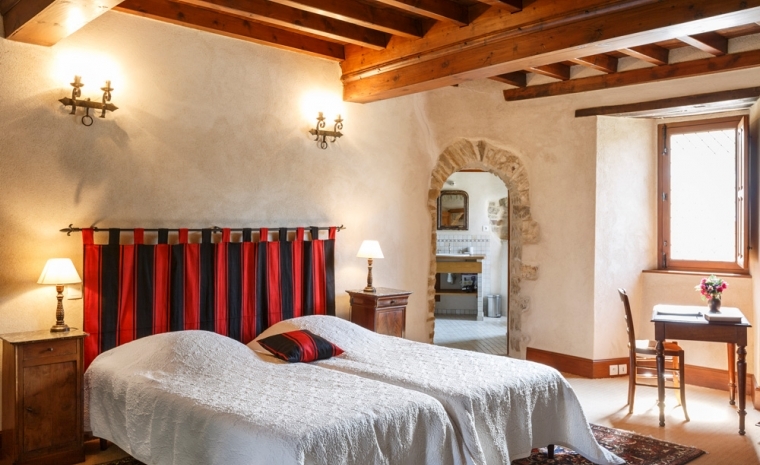 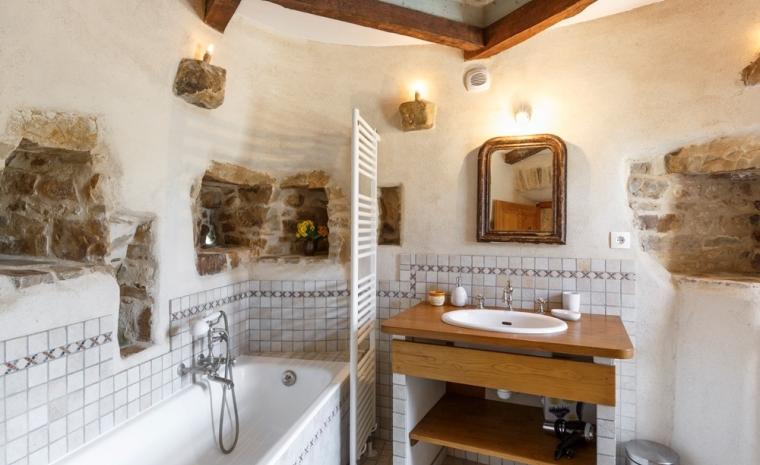 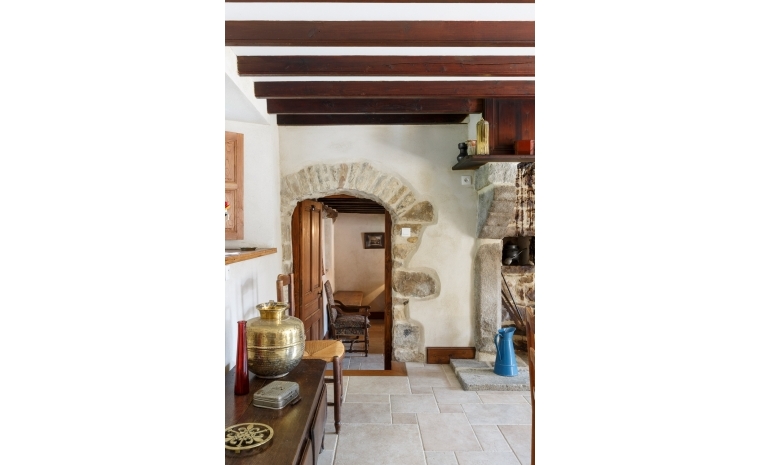 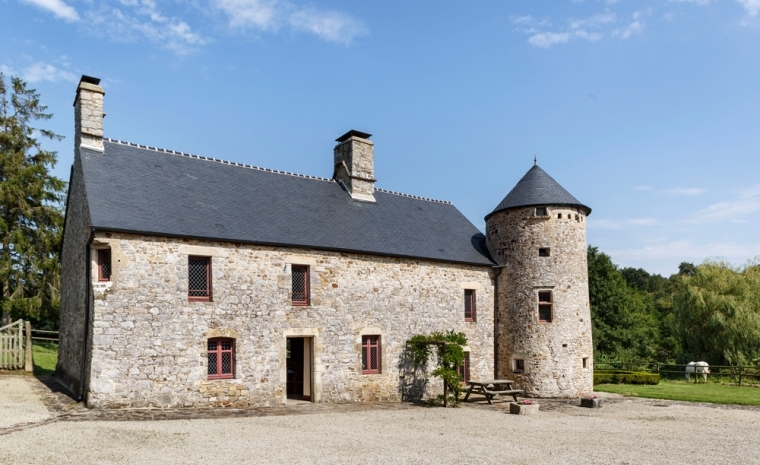 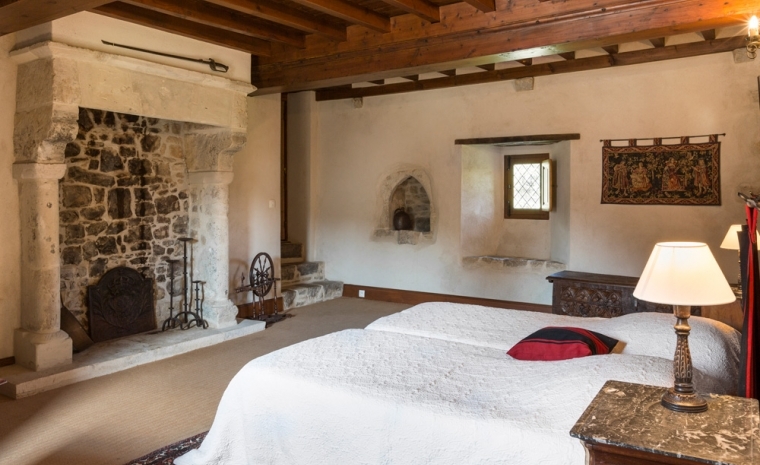 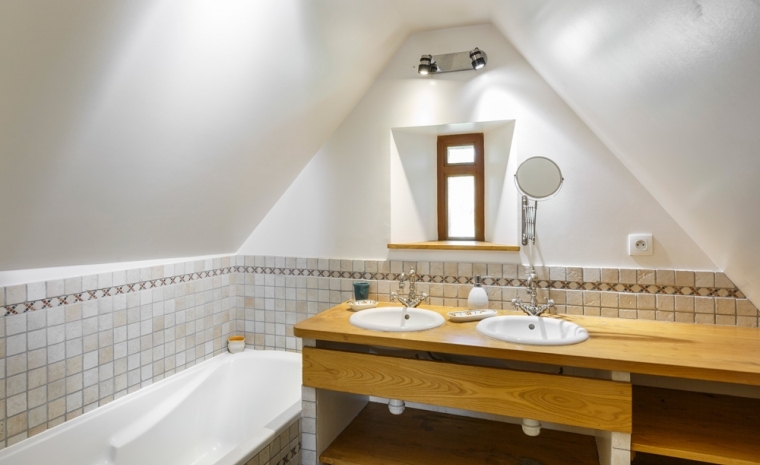 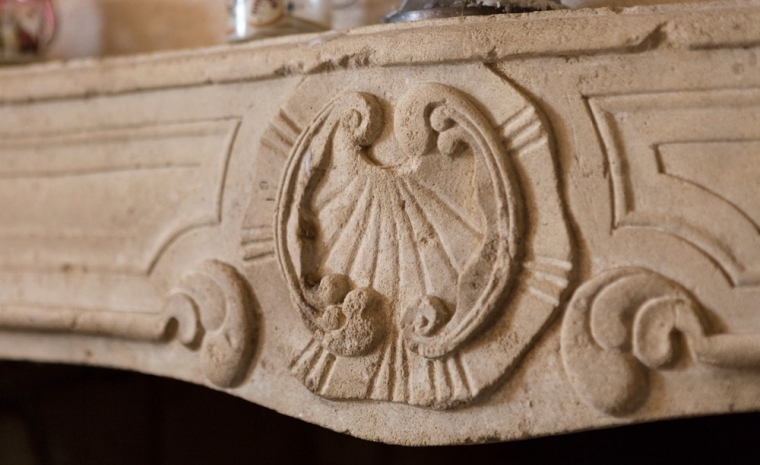 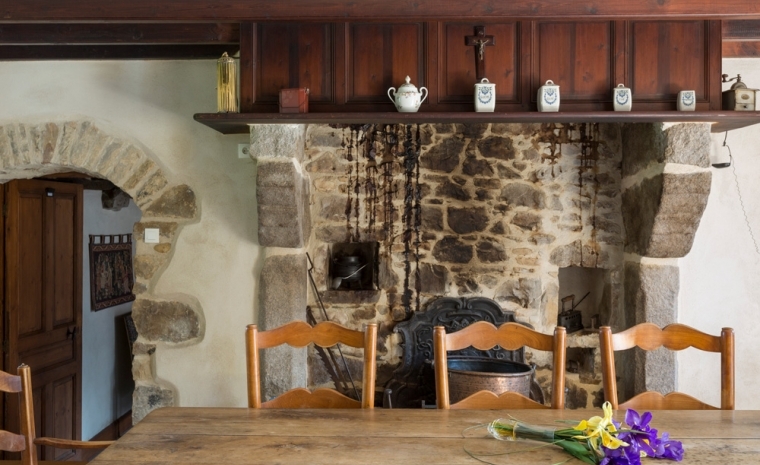 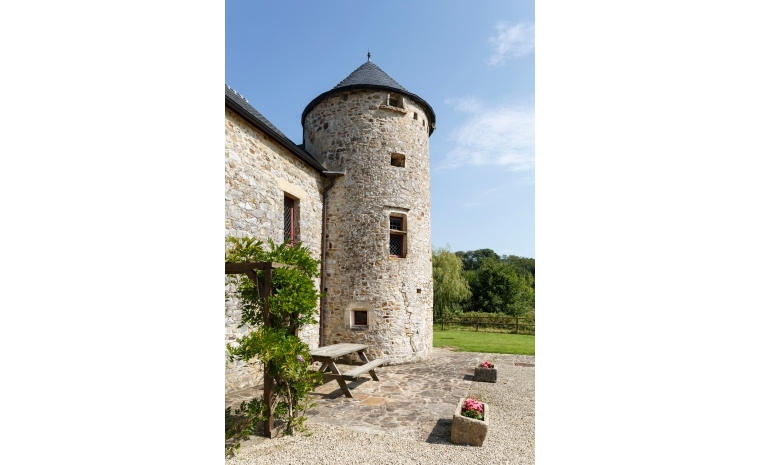 Located at the edge of a river in a small valley, this 16th century manor house has been recently restored and features an original thatched roof. The exterior amenities include a large terrace, a garden equipped with outdoor furniture and 2.5 hectares of grounds. Manoir De La Gauguinier is located just 5km from the small town of Haye du Puits which offers a good selection of shops and is 40km south of Cherbourg. Other nearby towns include Coutances (30km), Ste Mere Eglise (25km) and the Landing Beaches (Utah). The beautiful Manoir De La Gauguinier, set in spacious century old grounds and surrounding countryside, offers a glorious feeling of stepping back in time to a part of France where time passes by unnoticed and very little ever changes. Manoir De La Gauguinier is unique in this part of Normandy, having been built in the 16th century as a fortified house during the Huguenot rebellion. This history can be seen in the design of the house: a defense tower with spectacular views, specifically designed windows with an opening for a rifle, and a liturgical basin. The Cotentin Peninsular is rich is history and heritage. It is an ancient Celtic land of traditions, myths and legends, of hills, woods, marshes and villages. During World War II, the property was the point of water supply for all of the American forces in Normandy Operation Cobra.

The property has four bedrooms (rooms can be arranged as either twin or double rooms) for eight adults. One bedroom can be increased to a triple room using the additional adult single bed. There is the option to increase the occupancy of another bedroom by one, as it has a small bed, suitable for a child of up to six or seven years old.

The ground floor of the house has a sitting room furnished with Louis XIII style furniture with a Louis XIV 18th century stone fireplace and includes satellite television and a DVD player set in an elegant Henri II dresser. The large dining room still has the original granite fireplace. The kitchen is fully equipped for guests, including an oven and hob, a large fridge/freezer, microwave, dishwasher, toaster, kettle and mixer set in a large U-shaped work surface. Downstairs there is under floor heating with radiator heating upstairs. The laundry room, situated next to the manoir, is fully equipped with a washing machine, dryer, and ironing facilities.  Also located on the ground floor is one of the four bedrooms, which is a large twin room. The room is decorated in the 16th century style with a Louis XIV armoire and writing desk, a coffer, and a tapestry and also has an antique, wrought iron cot.  The en-suite bathroom for the room is located in the tower.

Upstairs are the remaining bedrooms and bathrooms. The first room was once the seigneurial master bedroom.  It has two single beds, a 17th century coffer and fireplace, a beautiful tapestry, a fine writing bureau and the liturgical basin. The room has a wonderful bathroom in the tower. La Chambre Yvonne is again a twin room with a dressing room complete with chest of drawers. The final room has twin beds, an armoire, and a beautiful window.  All the windows in the chateau have interior shutters or wrought iron designs typical of the 16th century style.

Outside, with lovely views of the river and the copse, is the well lit terrace with garden furniture and a barbecue. On site boules and seasonal fishing in the river are also possible. There is a detached house that works as a secure garage for guest parking.

The manor house is only 35km from the port of Cherbourg and 5km from the small town of La Haye du Puits which has a busy Wednesday morning market full of local produce. There are also numerous restaurants, a large selection of over 100 shops and three supermarkets throughout the area. The chateau is located in an area of amazing wildlife interest with numerous marvellous walks and cycle rides in the Marais natural park. Visitors can see crested cranes and herons, deer, goats and even wild boar in the Mont d'Etenclin hills. Another great way to see the Cotentin on the beach is riding, with several stables in the area. The huge beaches are also ideal for many seaside activities including sand surfing. The town of Portbail, 5km from the chateau, also offers sailing and water sports, or simply the chance spend the day fishing on the river. Cherbourg has a renowned 18-hole golf course, while Barneville-Carteret and Agon-Coutainville have 9-hole golf courses. The D-Day Landing beaches at Ste Mère Eglise and Utah Beach are 25 km from the chateau, with the infamous Abbaye de Blanchelande only two km away. Portbail is a quaint little port complete with a 13th century arched bridge and 12th century church where you can get ferry trips for a day in one of the Channel Islands.

Doville on the map