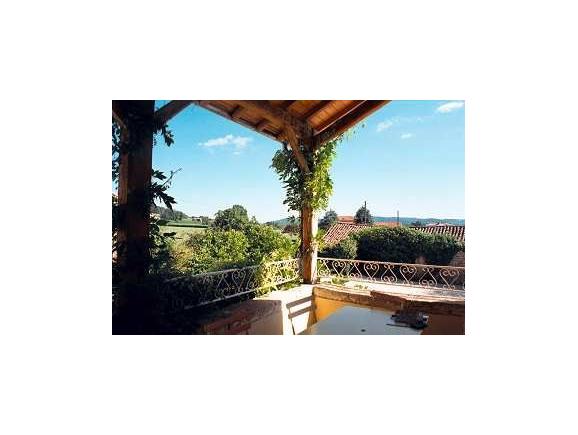 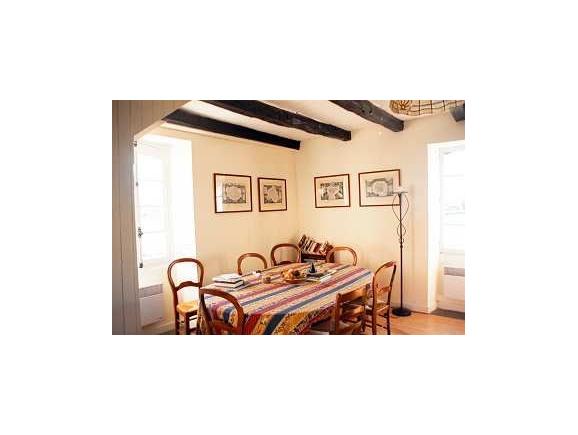 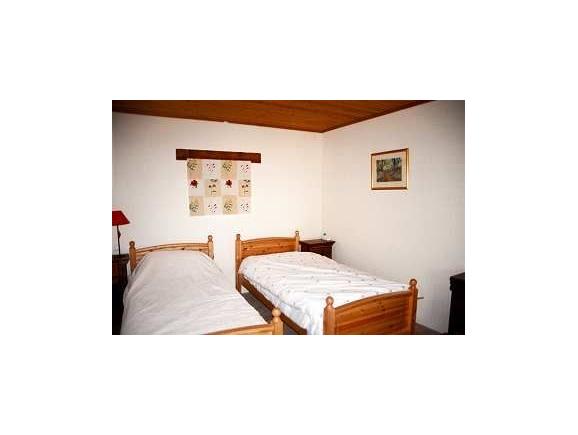 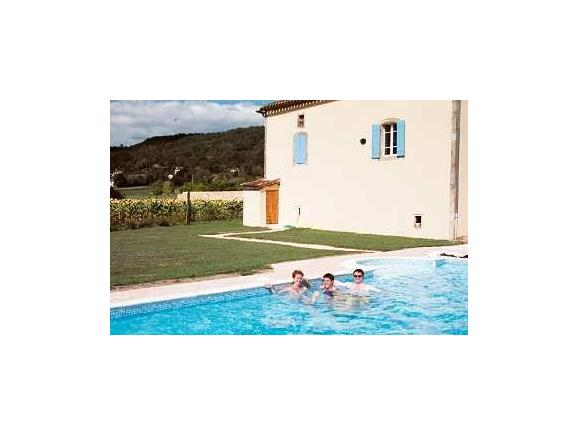 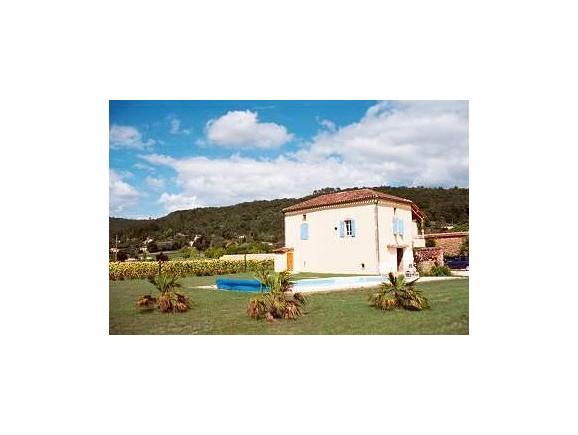 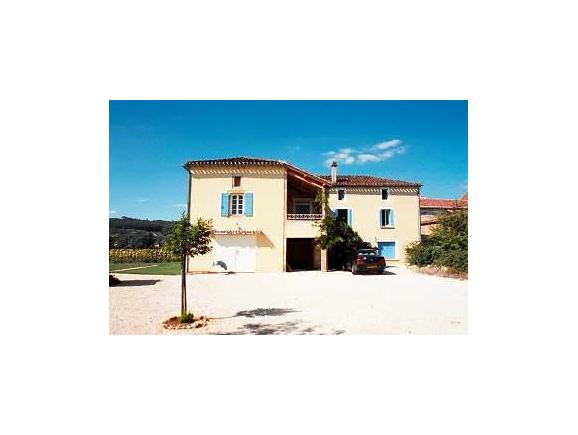 Turn of Century Farmhouse with Pool

This turn of the century farmhouse in the Lot region of south-west France is situated on the edge of a village but in open countryside. The house is located in the valley of the River Lot only about 10 minutes' walk from the river itself and about 30 miles west of Cahors, the department capital.

The house is a turn of the century former farmhouse with a ruined barn. It has been fully refurbished and decorated and now includes an outside pool (11.5 m x 5.5 m) and a garden with shrubs, sapling trees and grassed area. There are flower beds and an old well-head at the front of the house, as well as a gravelled courtyard with ample space for car parking (or boules playing).

The house is approached up a flight of stone steps leading to a veranda at first floor level from which the front door opens into:

From the twin bedded room a further door leads to:

Stairs from the upper hall lead to the ground floor rooms:

The house will comfortably sleep 8 people although 10 people may be possible by prior arrangement. It would suit a large family, parties of friends, or perhaps two families with small children. Meals "al fresco" on the veranda or by the pool (using the chairs, table and umbrella stored in the garage) can be enjoyed most of the time from June to September and often in May as well. There is also a barbecue as an alternative to more formal cooking. Amenities include a large gas cooker, fridge-freezer and dishwasher in the kitchen and a washing machine-dryer and pool fridge in the garage.

Bedding (to include pillows, duvets, eiderdowns and Summer blankets, sheets, duvet covers, pillow slips etc. and towels for the house but not the pool) is provided.

The region is one of the most attractive in France, at the 'cross-roads' of historic Perigord, Aquitaine and Gascony. Historically it formed the borders of the old Kingdom of France, the English Duchies of Guyenne and Aquitaine and the old Provençal County of Toulouse. Even now this makes for a fascinating mixture of customs, names, architectural styles and even accents. It is renowned for its cuisine, whilst duck and geese dishes predominate (confits du canard, cassoulet, foie gras - famous or infamous depending on your point of view), there are also many others... the 'garbure'- thick country soup, as well as the dark red (so called ' black') wines of the Cahors region. There are over 20 exceptional or very good Cahors growers located within the valley between the house and Cahors and two are within a few minutes drive of the village. Prayssac, one of the nearby villages, is home to an excellent emporium for better quality local products and wine.

The area is around 50 or 60 miles south-south-east of the Dordogne, with its networks of caves ('grottes') including Peche Merle and Padirac, and the well-known pilgrim town of Rocamadour. Several sets of caves, including those of Cougnac with its spectacular stalactites (and mites), are within about 1 hour's drive of the house. 14th century 'bastides' or fortified farms or villages are scattered over the region and bear witness to the marginal or border nature of the region in the past. Several of these are within a short half hour's drive of the house. They are picturesque and attractive villages, constructed from the local stone (Quercy blanc), offering splendid views of the surrounding countryside and usually a central square with an assortment of cafes and interesting little shops. There are also a number of castles within a short drive including the spectacular Bonaguil. All of them make ideal objectives for an afternoon's excursion.

For children there is the nearby river, horse and pony riding in the area and fishing at a local trout farm. The village itself offers tennis and a small playground and, rather eccentrically, an ostrich farm. There is also a small 'Casino' supermarket, a butcher, a stationer and a baker. The latter is particularly friendly and will make tartes etc on order overnight or on a full day's notice. There are bigger supermarkets at Fumel and Prayssac. A post office and two bars make up the tally of shops.

How to get to Lou Pelou