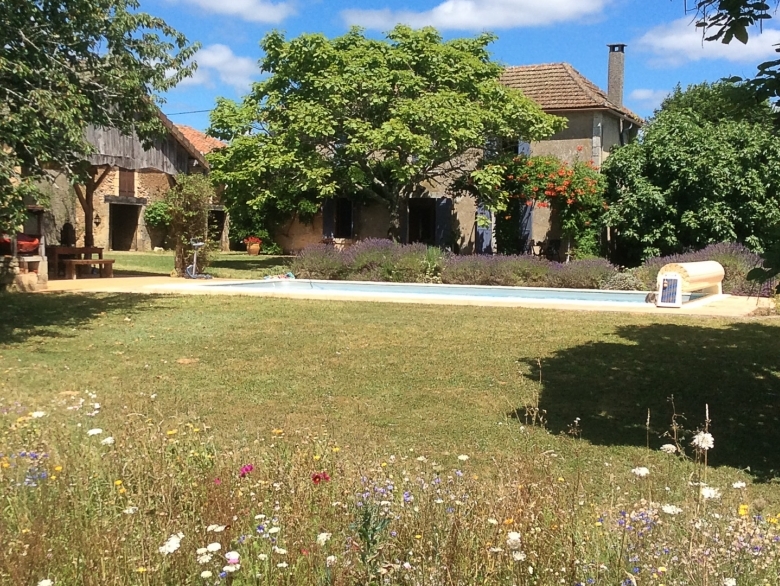 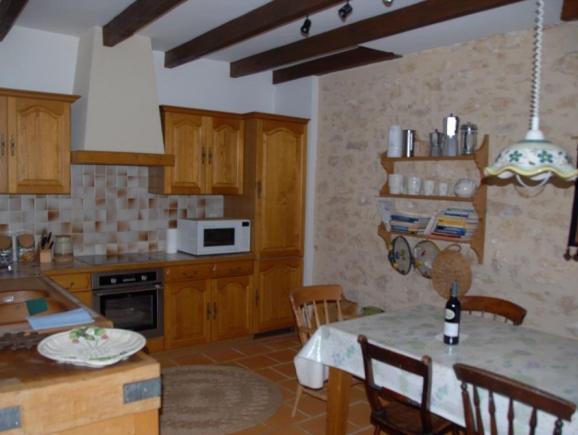 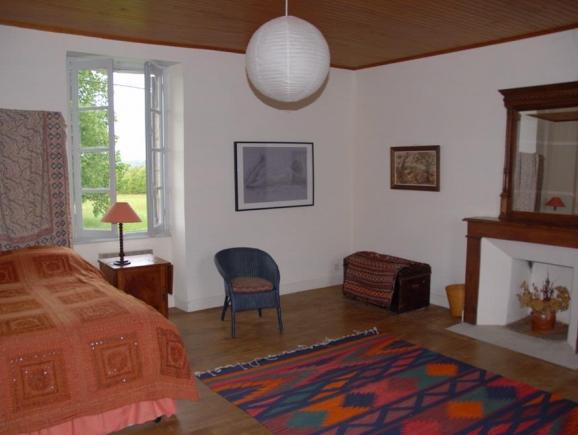 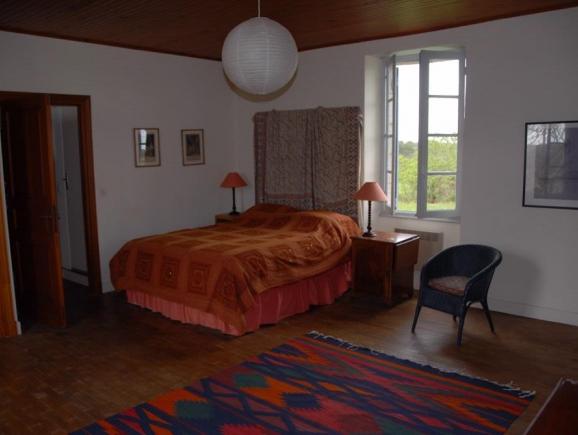 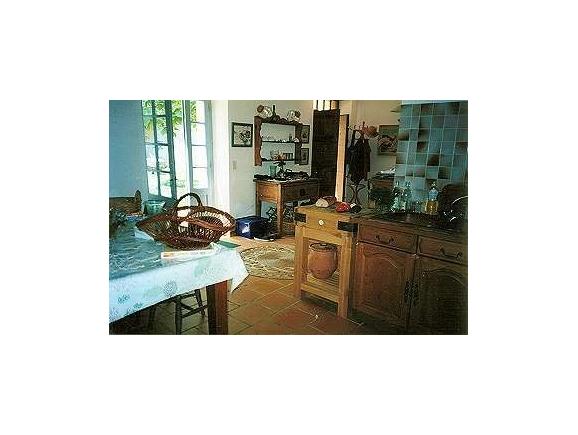 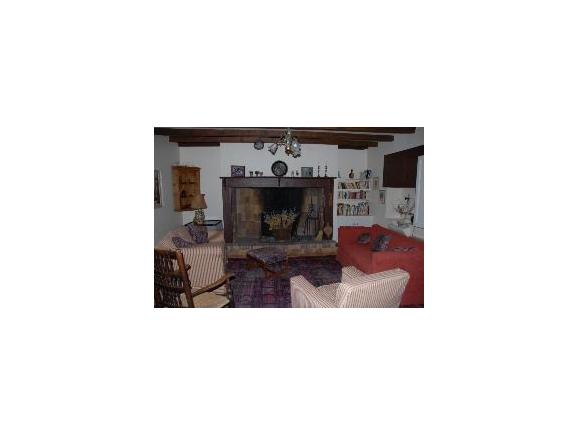 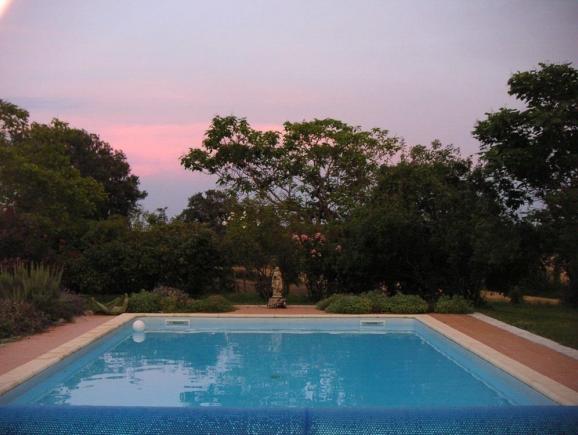 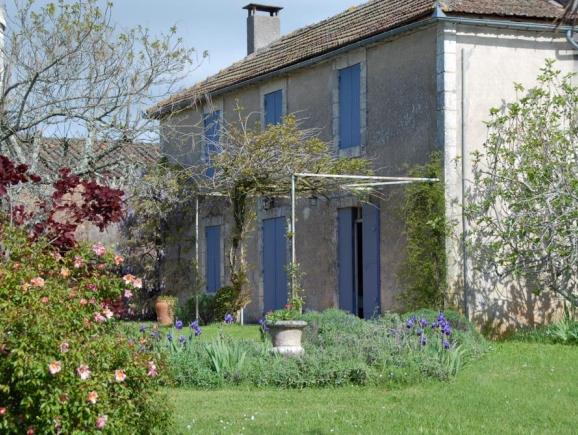 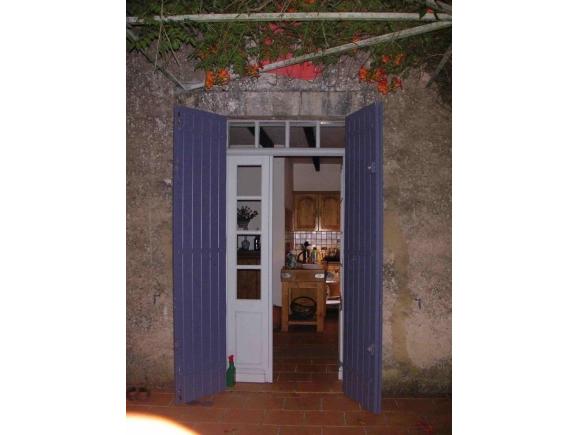 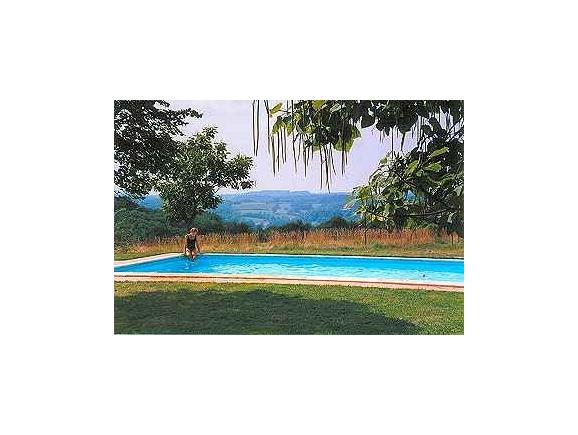 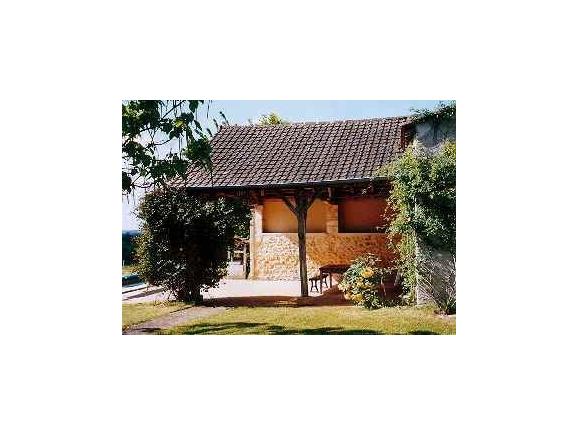 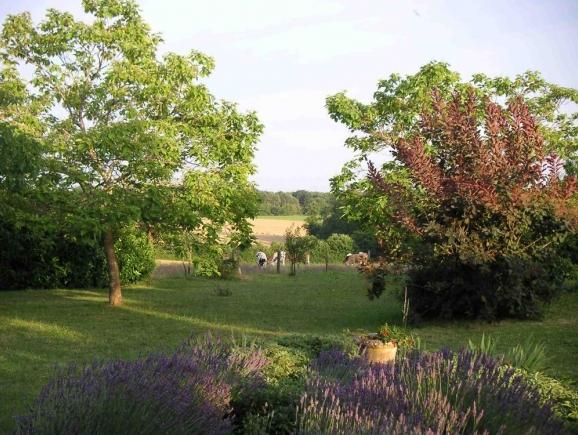 Villefranche du Périgord is an old 'bastide' town of quiet charm dating from the middle ages and situated at the southern extremity of the Dordogne, bordering on the Lot region. It is situated approximately midway between the rivers of those names.

It is really little more than a large village, with a population of about eight hundred, but it bustles with rural French activity and it possesses a lovely mediaeval covered market on one side of an attractive square. There is a market each week, as with many of the surrounding towns and villages, and there are several restaurants in the area as well as tennis courts, a fishing lake, and a number of village shops. In the summer weeks there are Marchés des Producteurs du Pays where one can buy ready-cooked food from the local farmers and eat it in the covered market. There are several other such markets in surrounding villages.

The countryside around is lightly wooded, rolling and unspoilt. The house is situated on high ground a mile from the town and faces south with lovely panoramic views.

The house is a farmhouse built of local stone at the turn of the last century, with outbuildings, and has been fully renovated and modernised by a local architect of repute.

All the rooms have been carefully furnished, as this is our second home and not simply a holiday let. There are attractive paintings, rugs, and furniture and all the accessories that might be needed, including a varied selection of books.

The garden is large, being about 1 and a half acres and private, being mainly  laid down to grass and shrubs, and hedged with laurels. It contains a 10m x 5m swimming pool, which is heated, next to its own large sheltered terrace, with tiled floor, in which to find shade or eat out at another refectory table. There is a nearby stone-built barbecue. There are the usual garden chairs and sun beds, and two other terraces, one secluded one beside the house which is great for breakfast, and one in front of the house with comfortable chairs and stone-topped table. There are many fruit trees including a superb fig, and also apple, plum, pear and cherry trees which you are welcome to pillage if the fruits are in season.

In accordance with French law the pool has been made secure for the protection of young children. Until recently a fence was in place, but lately it has been replaced by an electric cover which is proof against an under age five child falling in.

The surrounding area contains numerous attractive small villages and spacious open country. Shopping can easily be done just in Villefranche but there are markets everywhere, and certainly one somewhere each day of the week. The local specialities are plums of every kind, chestnuts, walnuts, foie gras, magret de canard, confits, and tiny excellent fresh goats cheeses; cabecous.

Much of the wine is local, from the Cahors or Bergerac regions, and can be bought from the shops, or direct from the vineyards. There are a number of restaurants ranging from the pleasant and modest to the unsurpassable.

The long hot summer days can be enjoyed in the garden or pool but the Dordogne river is close enough to enjoy its attractions, such as canoeing or visiting prehistoric sites, and far enough to avoid the summer crowds. Many of the villages have their fêtes at this time of year, which often provides an enjoyable evening diversion.

The area is wondeful for walking and rambling on and off footpaths, and through richly verdant country. Fishing is available on local lakes and the rivers, and the quiet lanes are perfect for bicycle exploration. One of the greater pleasures is wandering through the numerous charming mediaeval villages with their well restored ancient churches.

Villefranche Du Perigord on the map

How to get to La Lizonne

Not available from January to April