Property for sale in France

A Guide to Living in France Post-Brexit 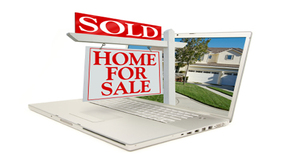 UK citizens who planned to relocate to France may have had their plans disrupted by Britain’s exit from the European Union. Now that the UK is no longer an EU member state, travel restrictions are in place for UK citizens travelling to EU countries, including limits on the amount of time that you can travel to the EU without a visa and more paperwork for those who are looking to live or work in an EU country. The good news is that while it may no longer be as easy as it once was to relocate to France now that the UK has left the EU, it is still possible to live in France in a post-Brexit world. Here’s everything that you need to know

How Long Can I Stay in France After Brexit?
After Brexit, British people have automatically become ‘Third Country’ nationals in France. The good news is that the UK and the EU were able to agree that people from the UK will not be required to get a visa for a visit of up to 90 days to France or anywhere else in the EU, allowing you to travel back and forth as many times as you like as long as you do not stay for more than ninety days at a time. However, if you plan to stay for longer than 90 days at once, you may need to apply for a visa. Visiting France as a Third Country national should not be a difficult process, as other Third Country nationals including Americans and Australians do not need to get a visa to visit France and there are no reports of them being held up at customs.

Travelling to France After Brexit – What to Know:
The good news is that although the UK is no longer part of the EU, travel to France is still as easy as it was before Brexit as long as you are not planning to visit for longer than 90 days. You can also come back to the UK and return to France as many times in a year as you would like, without the need to apply for a visa if you are not planning to stay for more than 90 consecutive days. Travelling to France is set to continue as normal once travel restrictions from COVID-19 are lifted, with flights, Eurostar, and ferry services available.

Can I Live in France After Brexit?
Living in France after Brexit is entirely possible, although there may be more paperwork to fill out compared to back when the UK was an EU member state. If you want to relocate to France, you will likely need to apply for a suitable visa from the French embassy, which may involve showing evidence of a job offer in France or adequate savings or assets to support yourself while living in the country. You will need to apply for a residence permit in line with the Withdrawal Agreement. This includes UK nationals that are married to or in a civil partnership with a French citizen.
If you want to move to France and take your pet with you, you will need to visit your vet. Your pet must be microchipped, vaccinated against rabies, and have a valid Animal Health Certificate (AHC). You will need to wait for 21 days after your pet has been vaccinated against rabies to be able to travel with them to France. Your pet will also need all other necessary vaccinations before travelling. If you plan to travel between the UK and France with your pet, you will need to get a new AHC from your vet each time.

Can UK Citizens Work in France After Brexit?
When the UK was a part of the EU, it was possible for any UK citizen to relocate to and find work in any EU country without the need to apply for a visa. However, as a country outside of the European Union, UK citizens that want to find work in France might be worried about how this will affect their future plans. If you want to work in France after Brexit, you will need to get a work visa from the French embassy, which will often require having a job offer from a French company in advance. However, this should not be an issue and many people who relocate to France for work have no problem finding a suitable job offer, especially if you are applying for a position that requires you to speak English.
The UK has also put a double taxation agreement in place with France to ensure that you do not pay tax on the same income in both countries, which has not changed as a result of Brexit. If you are either employed or self-employed in France and have a UK-issued A1/E101 form, you will pay tax in the UK until the end date on the form. As a French resident, you will also need to declare any assets that you hold outside of France including bank accounts, property, and insurance. It is worth getting professional advice on paying tax in France if you are planning to move to the country for work after Brexit.

Moving to France After Brexit – What Has Changed?
If you plan to relocate to France, you will be glad to hear that British people still have the right to purchase property in France after Brexit. However, one of the major differences between now and before Brexit is that if you purchase a French property that you plan to live in permanently, you will need to get a visa to move there which may require you to show proof of an employment offer in France or savings that you will be using to support yourself while living in the country, for example, if you are planning to retire in France. You can also buy a home in France that you visit for ninety days at a time if you plan to move between France and the UK to avoid getting a temporary entry visa. Healthcare is also likely to be different for those moving to France after Brexit as you will no longer be entitled to the same healthcare rights as before and will need comprehensive insurance to ensure that you can access French healthcare.
However, if you are currently retired in France as a UK citizen, the good news is that your health insurance coverage will continue to be provided by the UK if you are in receipt of a UK state pension. If you have recently moved to France to retire, you will need to register for healthcare cover by requesting an S1 form from your UK pension fund.

What Else Has Changed for Second Home Owners in France After Brexit?
If you already own property in France, your rights as a French resident will be protected if you were living in the country before January 1st, 2021. However, you will need to secure these rights by applying for a French Residency Card before the deadline of July 1st, 2021. If you have been living in France for over five years or are already a permanent resident of France, you will not need to meet any minimum requirements in order to stay. However, if you have relocated to France within the past five years, you will need to show evidence of sufficient assets or funds to support yourself. You can apply for permanent residence via France’s online residence permit application website.
If you have a UK driving license and spend a lot of time at a second home in France, you will need to get extra documentation in order to continue driving with your license in France. However, the French government have stated that they will not require you to get an international driving permit as long as you have a translation of your UK driving license when staying in France for short periods. If you plan to permanently relocate to France, you will be able to use your UK driving license for the first year but must exchange it for a French license during that time.

Retiring to France After Brexit:
The Withdrawal Agreement between the UK and the EU was good news for retirees who want to live in France, with little changing in terms of how you receive your British pension while living in France. British pensioners residing in France will continue to benefit from the present uprating system that allows anybody who retires to a country within the EEA (European Economic Area) to see their UK state pension rise in line with inflation, earnings, or by 2.5% depending on which is highest. British retirees who have previously been employed or self-employed in various EU states and paid into different pensions in each country of work will also continue to have this taken into account when their state pension is calculated. If you are a resident in France for your retirement, you will also continue to be able to transfer your UK private pension funds into a QROPS (Qualifying Recognised Overseas Pension Scheme).
While Brexit may have placed some restrictions on moving to, living in and working in France, the good news is that UK citizens looking to relocate to this country can still easily do so.