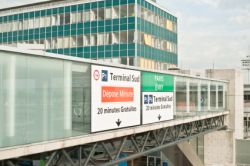 With the advent of cheap flights to France on low cost airlines it's often quicker or cheaper to fly to France and then hire a car than drive to France, especially if you live some distance from the channel ports. There are international airports situated in almost all the major cities and numerous regional airports across France which can be reached from our own regional airports in the UK through operators like Jet2, FlyBE and Air France.

The following airlines are recommended for offering a combination of great value cheap flights to France, along with a quality reliable service.

Fly BE Flights to France

Flybe is now Europe’s largest regional low-cost airline and offers great coverage from a wide range of UK regional airports to locations across France. Flybe will also soon fly one of the most environmentally sensitive fleets in the world.
Book a flight with FlyBE

Formed in 1933 Air France is one of the world’s largest airlines, and France’s National Carrier. Based in Paris, It operates worldwide scheduled passenger and cargo services to 185 destinations in 83 countries. Air France fly many routes between the UK and Paris alongside Lyon to Birmingham and Nice to London City.
Book a flight with Air France

The following websites can help you track down the cheapest flights to France from all airlines and all routes.

Skyscanner helps millions of users a month find the cheapest flights around the world by searching over 600 airlines – budget and scheduled – and 6000 routes.
Search online at Skyscanner

ebookers is one of the leading online travel agents offering cheap flights to many destinations.
Search online at ebookers

Special Offer until the 31st August 2022