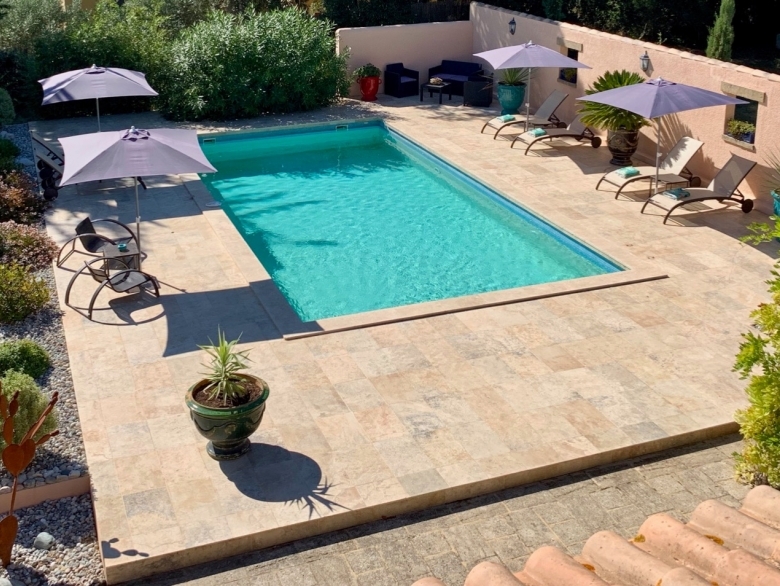 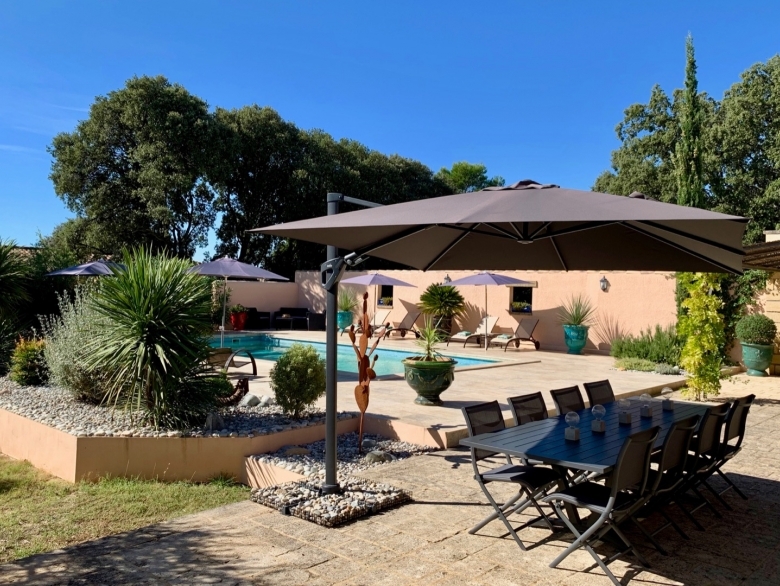 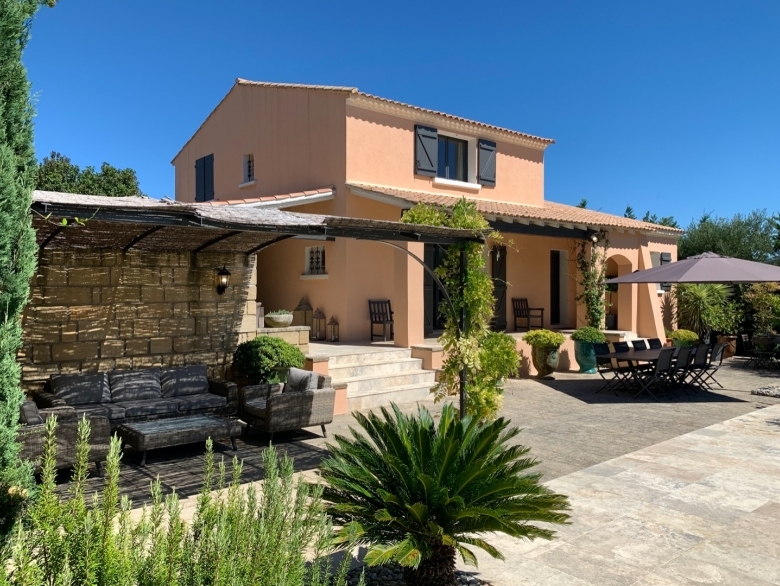 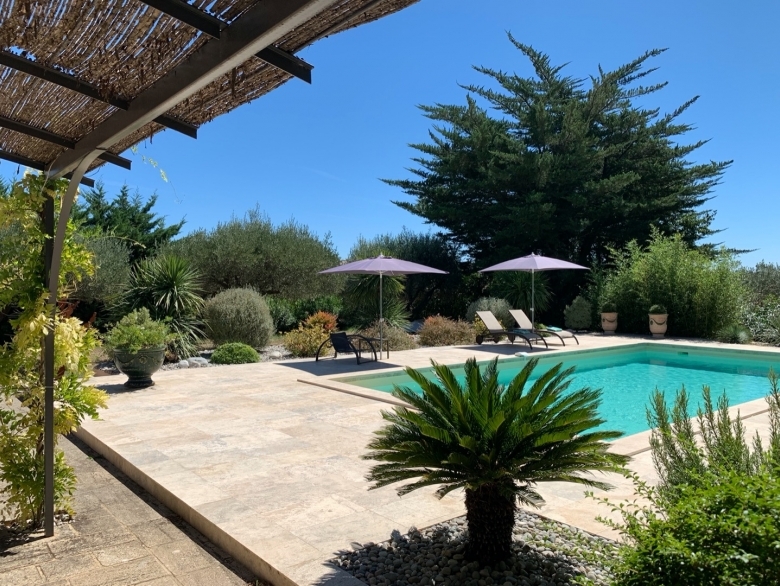 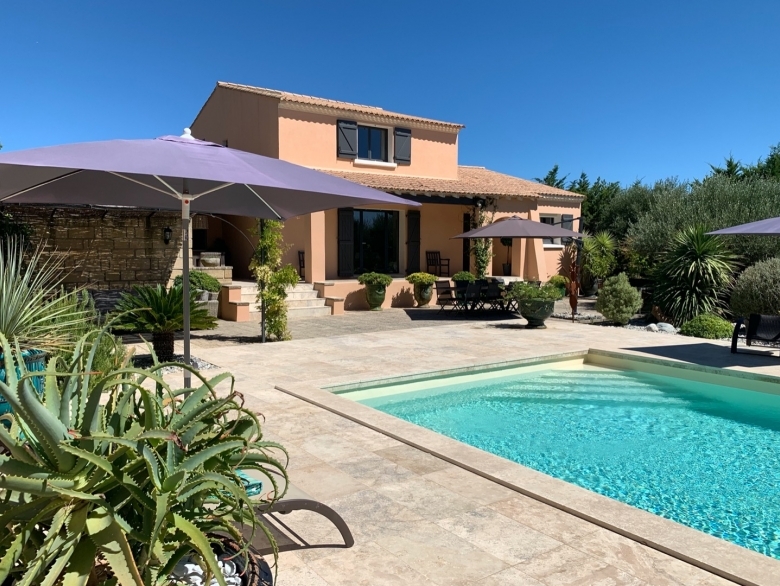 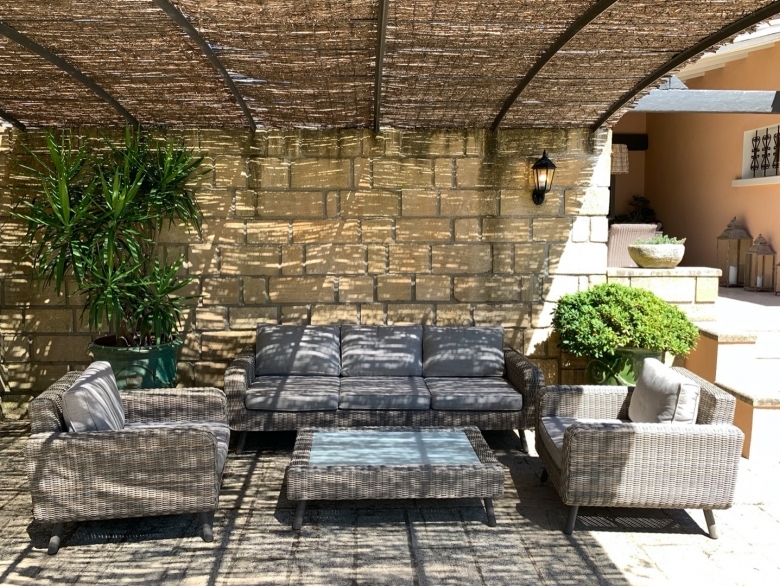 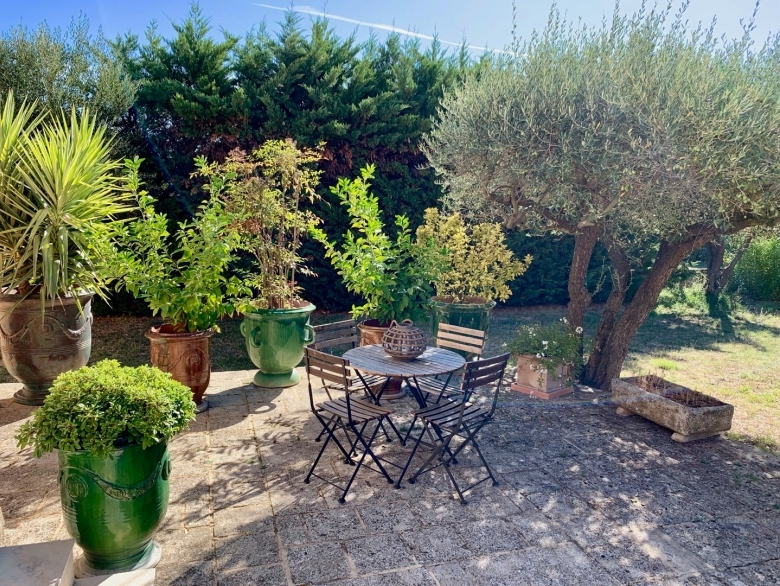 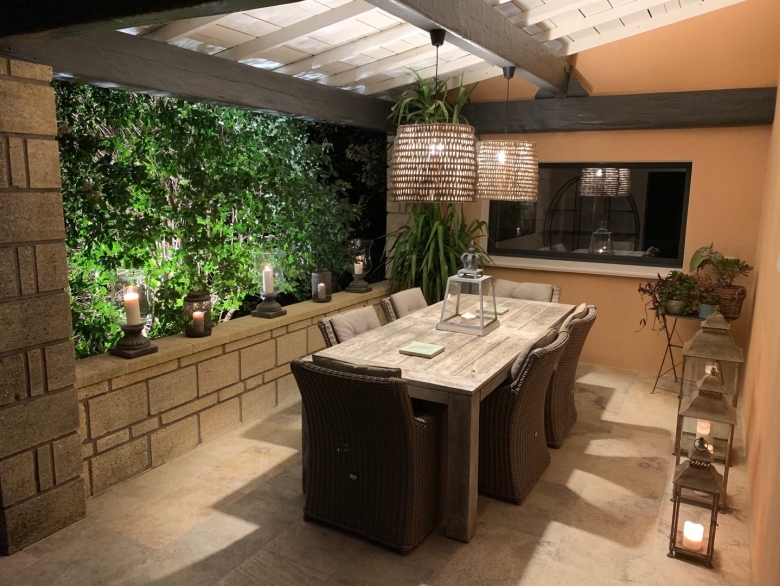 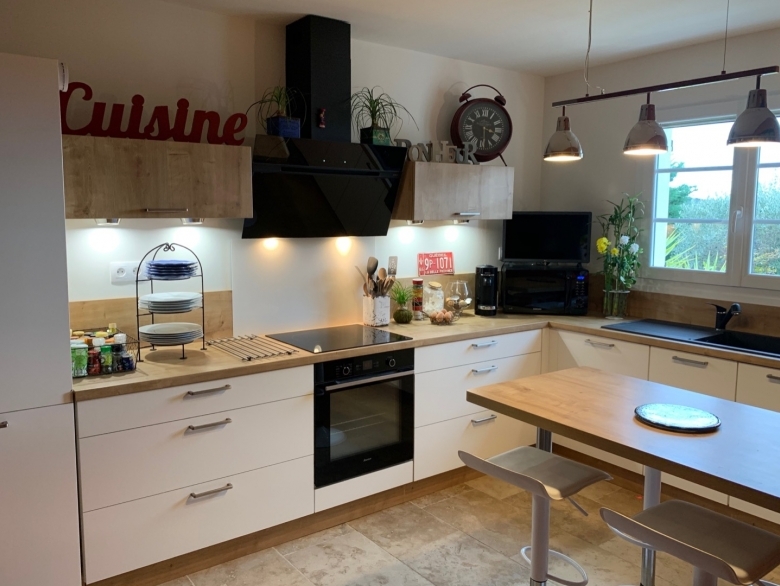 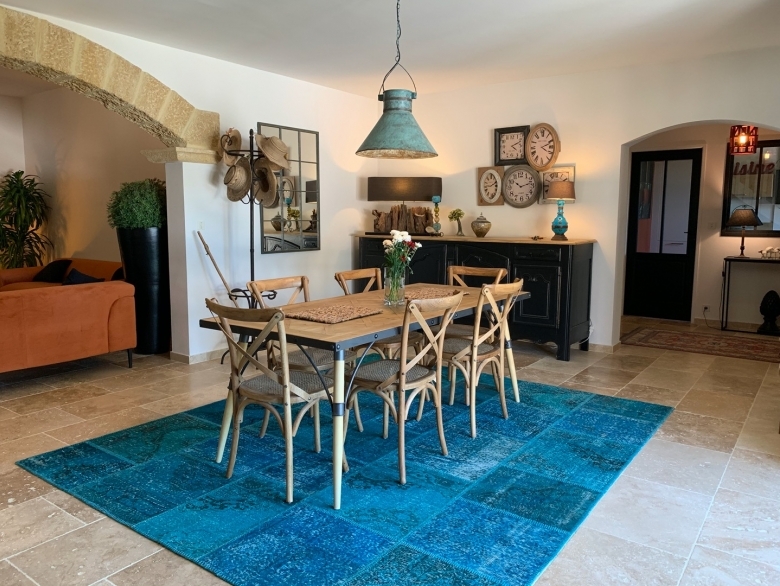 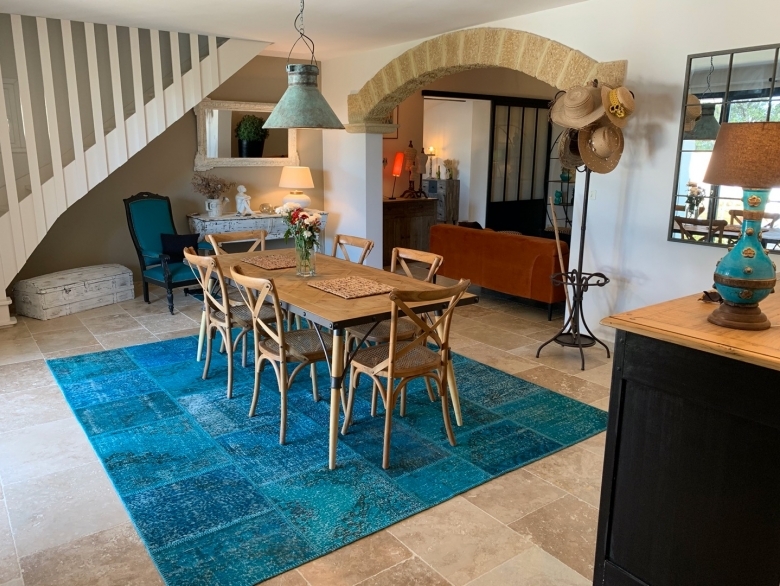 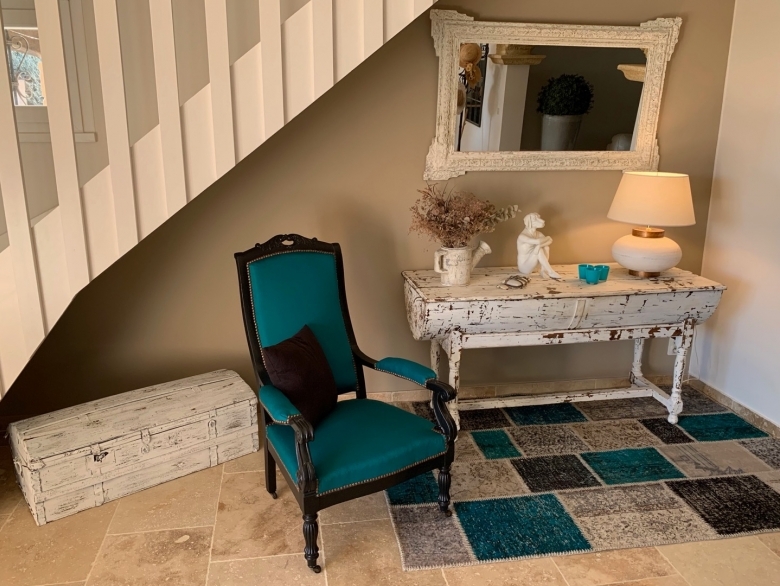 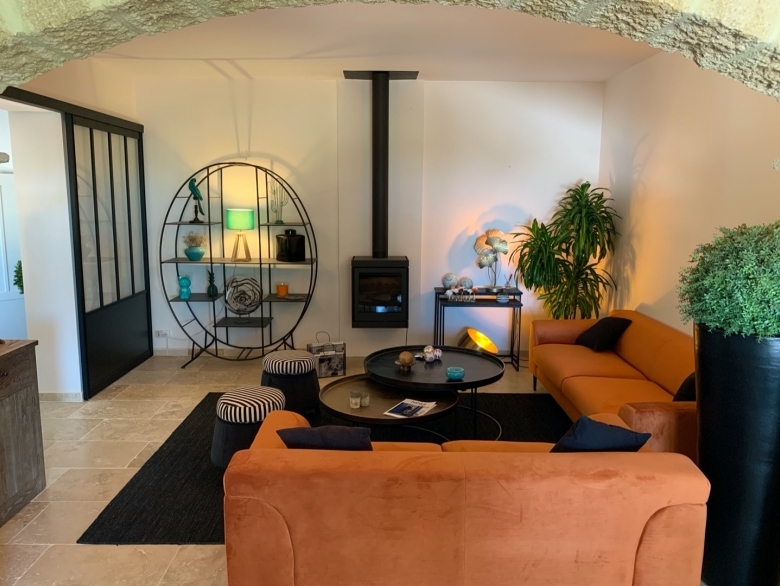 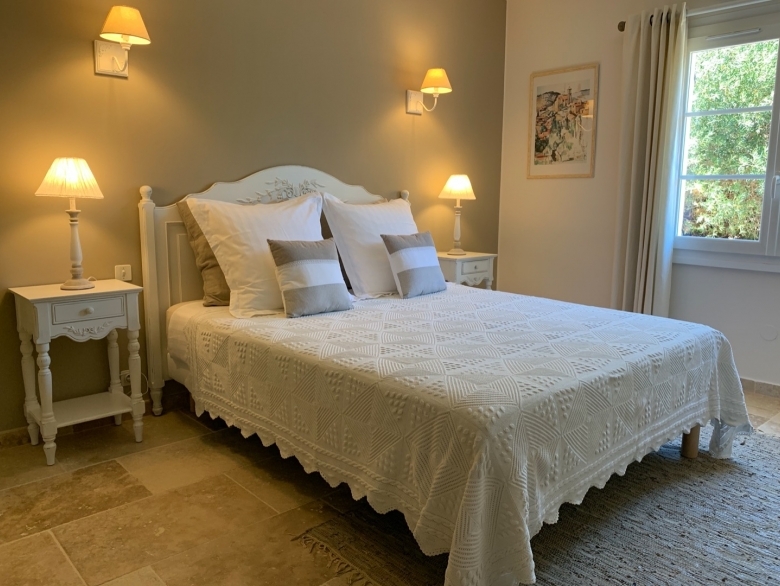 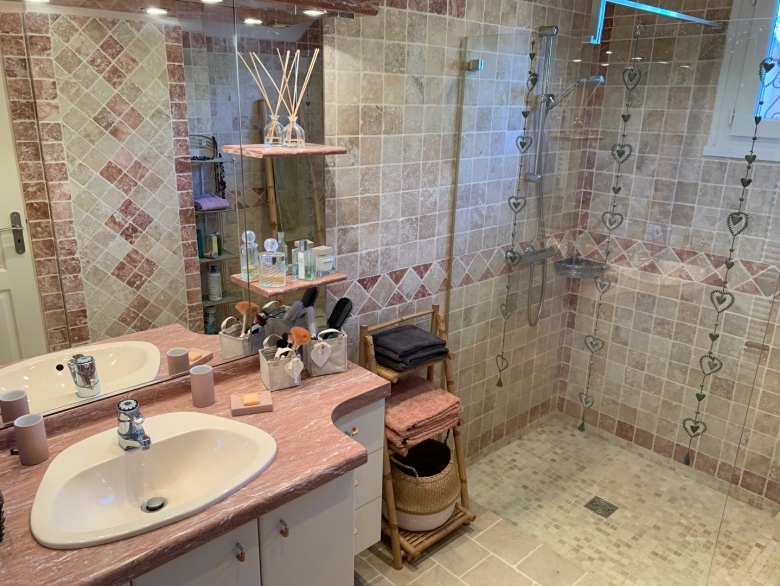 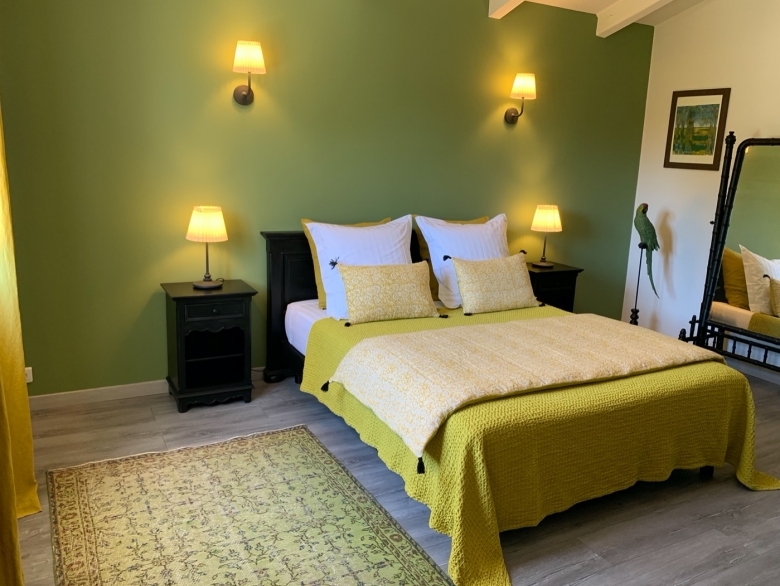 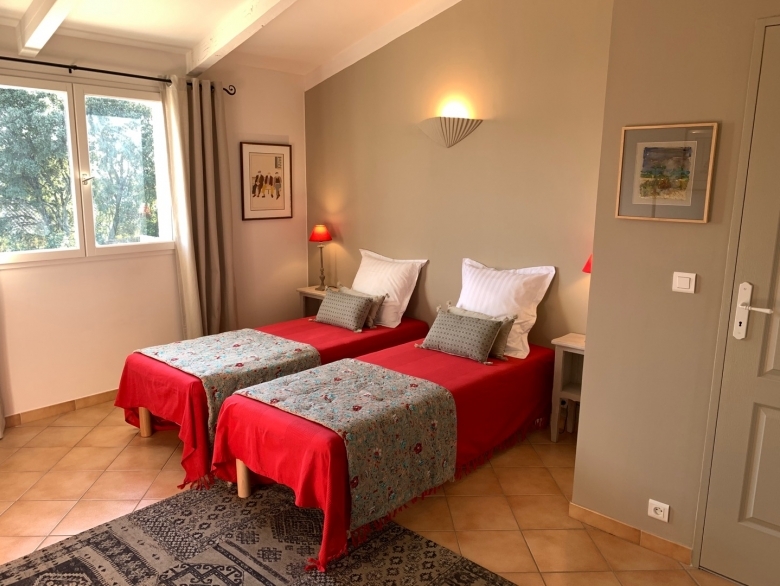 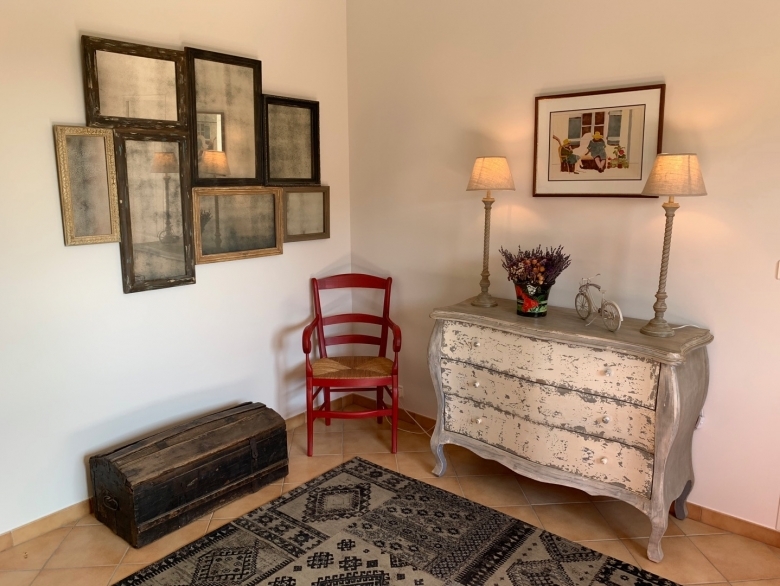 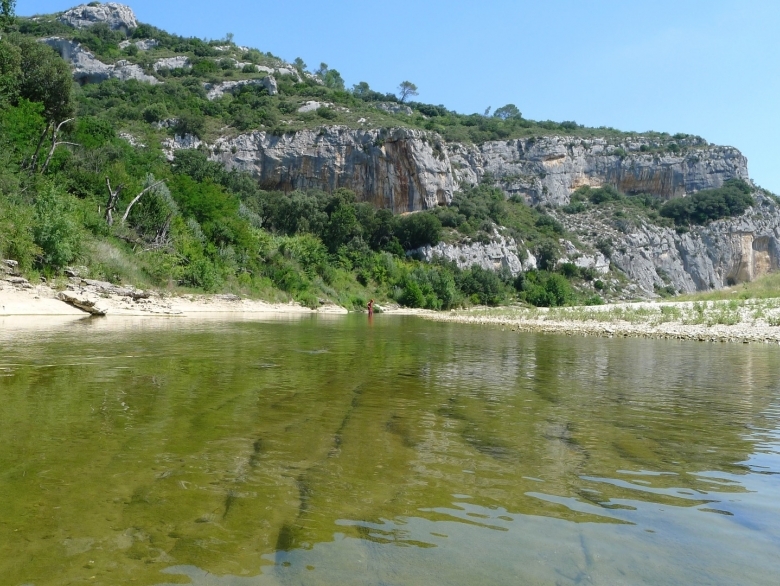 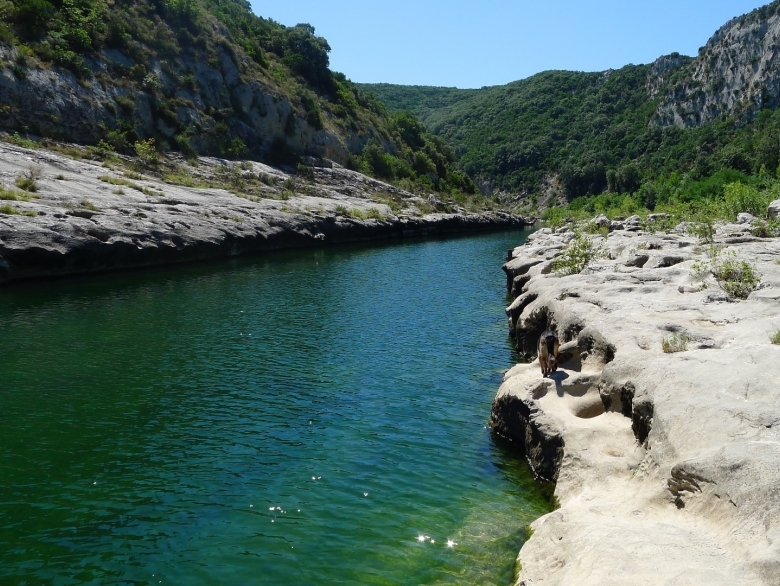 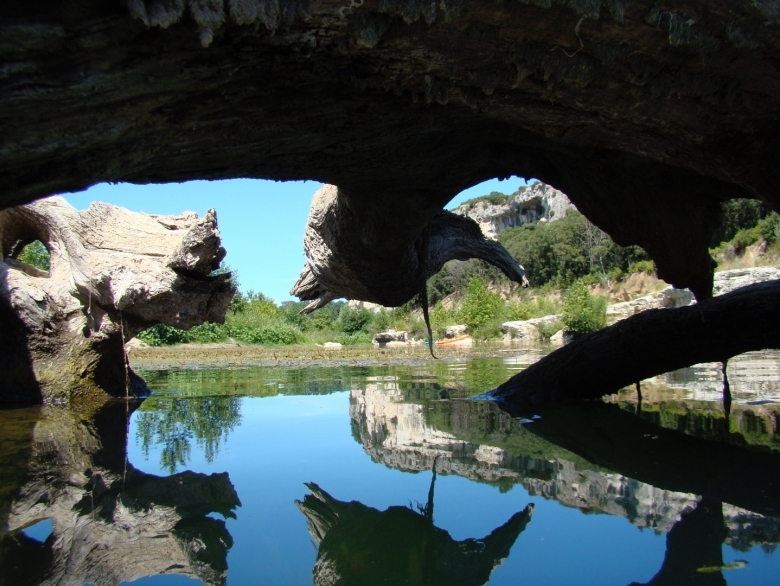 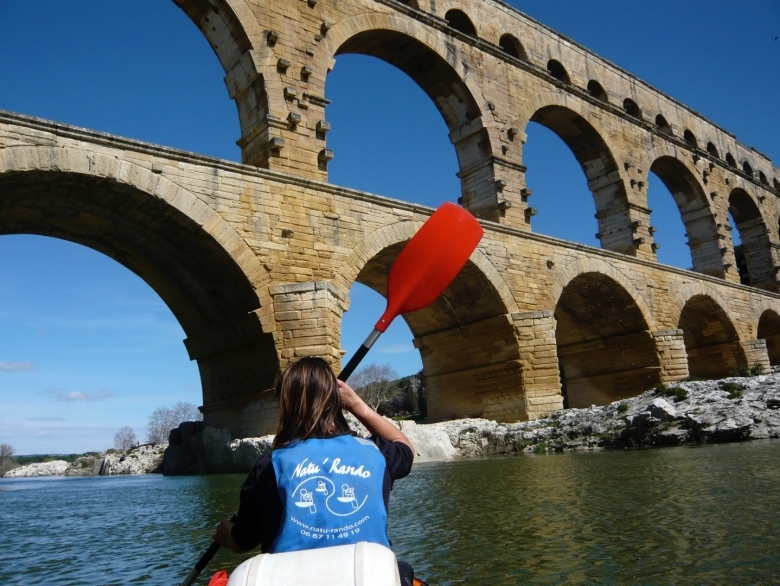 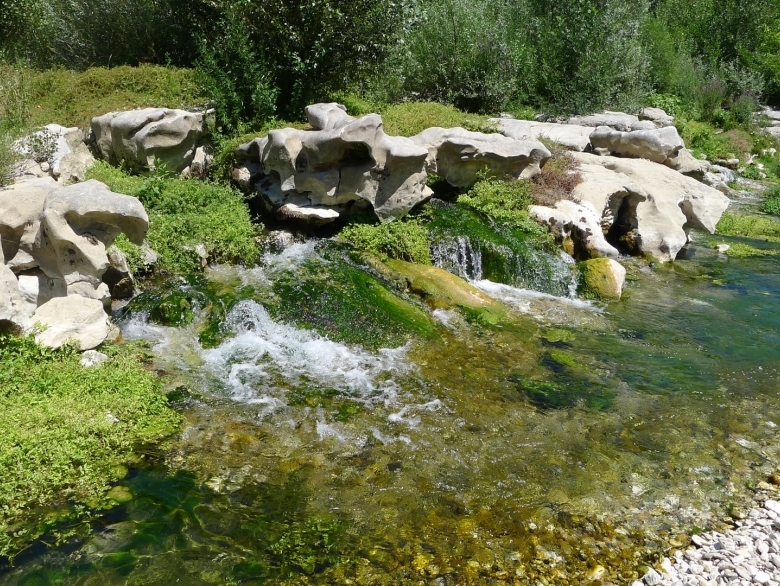 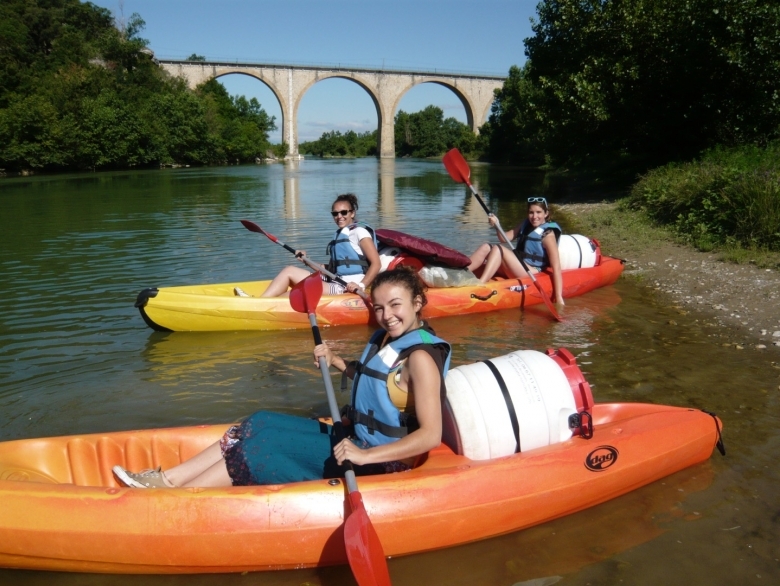 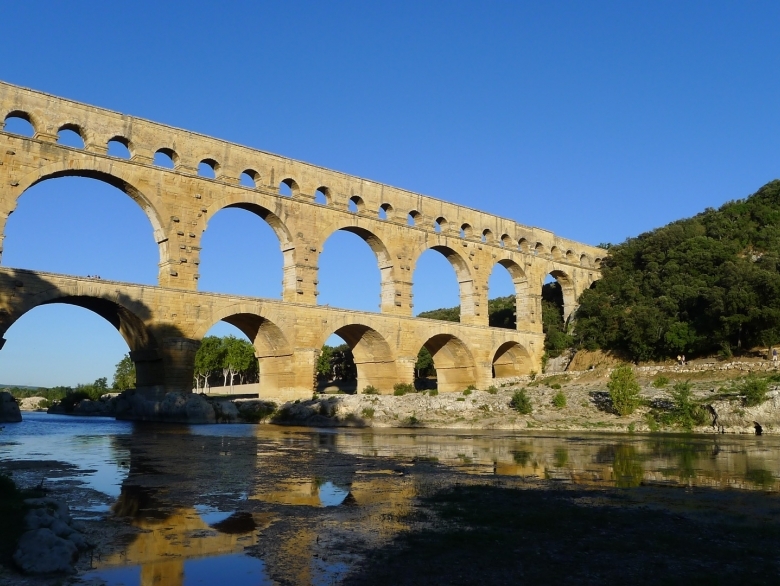 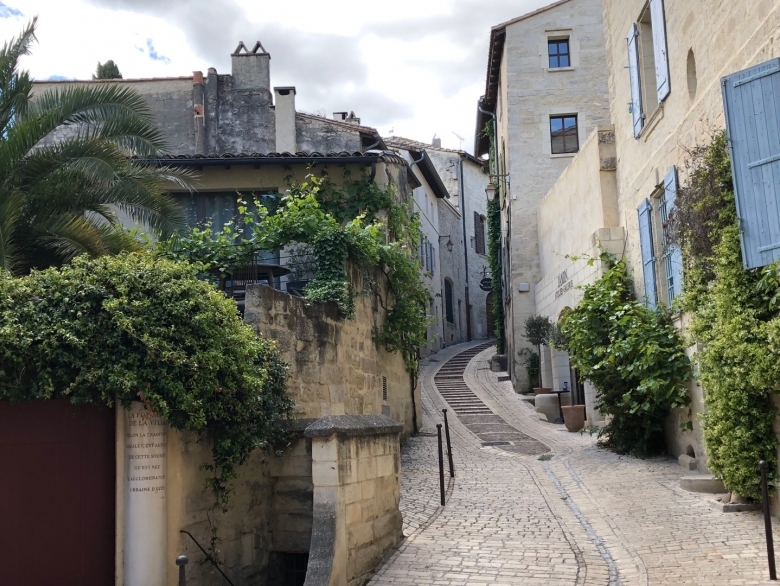 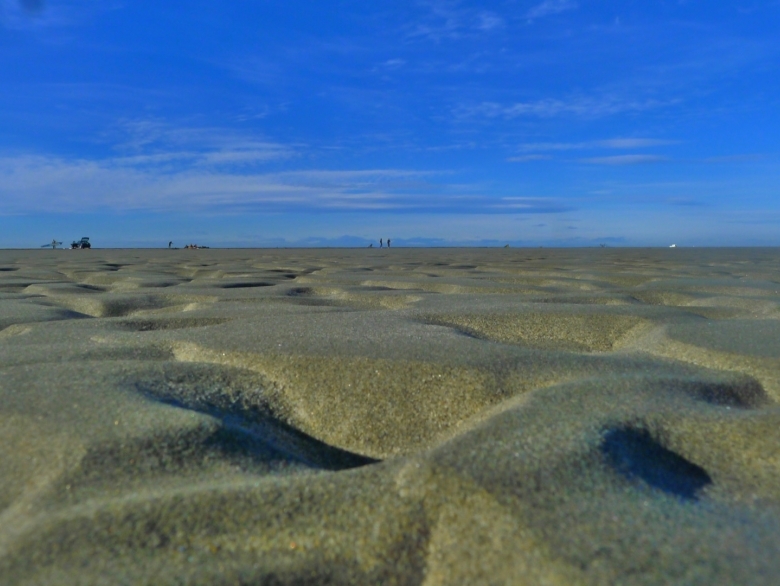 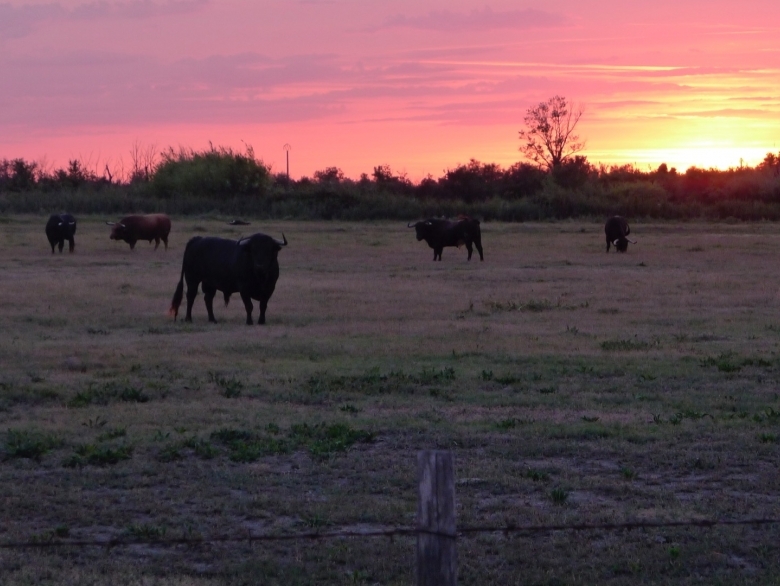 Mille et une couleurs is just 5 minutes from the beautiful city of "Uzès" and near the center of the old village. A small supermarket  accessible on foot in 5 minutes where you will find fresh bread, local products, newspapers and magazines and a post office. In the same complex is the medical center.

This splendid provencal villa, 160 m2 living space on 2850 m2 landscaped garden with a private swimming pool (5X10) and large terrace around the pool with an area of 120m.

This property is offering modern and confortable self catering accommodation for 8 peoples.

This rental has obtained an official classification of tourist accomodation of 4 stars.

The 3 bedrooms are air conditioned.

You will be able to take your meals at different place : under the covered terrace or under the olive trees and a drink around the pool or under the arbor.

The main house is on two levels :

Through the valley and the garrigue, go for a walk to the orientation table where you will overlook the Ducal city.

Saint Siffret, medieval village was built against rocks on a limestone cliff.

Men occupied the village from the Neolithic prehistorical ages with troglodyte home dug info to the rocky escarpment.

Saint Siffret transformed in the Middle Age with the two castles overlooking the valley.

The one that still has its square tower and fortified door was a Temlpar commandery built in the XIIth century, the other is the castle of Saint Siffret and old protestant bourgeois mansion.

St Siffret on the map

How to get to Mille et une couleurs