Property for sale in France

The 8 Best Places in France to Live 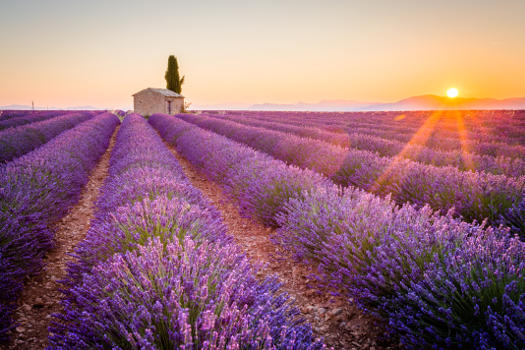 If you’re one of the many British expats who are considering a permanent move overseas, knowing where to call your new home can be difficult. For those who have France in their sights, they’ll know that the country is full of bustling cities, lively towns, and quaint villages that will suit different personalities and ways of life.

It’s estimated that over 300,000 British citizens reside in France. If you’re ready to add to the number and start a new way of life, here are some of the best places to live in the country, as well as information on living costs that can give you a better idea of where to make your next move.

The Best Places to Live in France
Before we divulge the best destinations to live in France, you should have a general idea of what you want to get out of your new life abroad. For example, if you’re starting a business, it’s wise to move to a bustling city, whereas those who are retiring may want to live in a quieter, peaceful village.

Paris
Undoubtedly, the most obvious destination you will think of in France is Paris. As the capital of the country, Paris is home to thousands of expats who have decided to work overseas or retire in the popular city. Brits have flocked to Paris for hundreds of years, whether it’s for business meetings or city breaks.
Paris is part of the business hub of Europe, meaning those who are moving for work will live in a bustling environment that can help them on their career journey. When compared with every other capital city, Paris is the most visited of them all, welcoming over 30 million tourists from across the world every year. Be warned, Paris is an incredibly expensive city to live in, so for those who are on a tight budget and are watching every penny, you may not get the most out of living in the capital. You also need to remember the number of tourists that head to the city every year, so if you are looking for a quieter pace of life, Paris may not be right for you.

Dordogne
For those who are keen not to live in a busy city, taking a step away from the hustle and bustle and considering the Dordogne may be more to your liking. This gorgeous area situated on the outskirts of Bordeaux is home to an array of tranquil villages and glorious countryside. The Dordogne is full to the brim with history, and it’s loved by locals, tourists, and expats alike. Up to 26% of the whole British population in France live in this area.
The Dordogne is known for its world-famous wines and tasty cuisine, meaning you are always close by to some of the best foods around. Regarding the cost of living, the Dordogne is generally cheaper than most areas of France. For instance, you would pay significantly less for a house in the area than you would in another village or city. If you’re ready to retire and want some much-needed peace and quiet, you will definitely find it in the Dordogne. View our properties on the site https://www.frenchconnections.co.uk/forsale/dordogne

Nice
The city of Nice is home to over 340,000 residents, many of whom are expats. For those who are seeking sunnier climates and want to escape the unpredictable weather that the UK is infamous for, Nice experiences pleasant climates all year round. When the sun comes out, you can head to the Promenade des Anglais for a wonderful stroll along the coast. If you’re not keen on living in a city and want to be close to the sea, Nice may be the perfect destination to settle in.
If you have visited Nice in the past, you will know how popular the city is with Brits. It’s estimated that between 6-9% of the total British population in France live in Nice. Just like with Paris however, you need to be warned that Nice is one of the more expensive places to live in the country. Whether it’s accommodation costs or eating out, it’s generally considered to be more costly when compared to other areas of France. For those who don’t have to watch every penny, Nice is a fantastic option for breath-taking views and an excellent quality of life.

Lyon
For expats who love their history and culture, you will be happy to know that Lyon is a UNESCO World Heritage site in itself, meaning it’s protected by a global organisation. Wherever you look in Lyon, you will be dazzled with out-of-this-world architecture. If you enjoy being outside and getting fresh air, there are lots of picturesque places you can head to that are sure to offer stunning panoramas of the city and what makes it so popular with locals and tourists.
If you’ve decided that a move to Lyon is on the cards, there isn’t much difference in terms of living costs when compared to London. In fact, it’s only 2.20% cheaper overall regarding accommodation costs and square meters. If you’re from up north in particular, you may find the living costs in Lyon to be out of your comfort zone.

Marseille
Marseille is a thriving city that is growing as a hotspot for Brits to live in. While the city may not have had the best reputation in the past, there have been huge improvements in recent times, thanks to CCTV and security measures in place in the main areas of Marseille. When you factor in Marseille’s previously sketchy reputation, this can help you in terms of living costs.
If you compare Marseille to other cities in France and those in the UK, you will find the cost of living to be typically lower. In fact, figures indicate that living in Marseille is said to be up to 20% cheaper than living in London. For Brits who love nothing more than to flock to the beach or take in the history, Marseille is a popular hotspot.

Montpellier
When compared to Paris, the cost of living in Montpellier is far cheaper. For expats who want to take things slower and put their feet up, Montpellier provides a more relaxing way of life. If you’ve visited the city before, you will already be aware of the wonderful boulevards you can stroll down, as well as the friendly, family-run bakeries that serve some of the tastiest grub in the country.
What’s more, there is an array of white sandy beaches at your fingertips, meaning you can head to the sea within a matter of minutes. Montpellier is bursting with architecture and history that is sure to fascinate you. Although there aren’t official statistics for how many expats reside in the city, the region is very popular with Brits. Living in Montpellier is far more affordable than the capital, meaning you can enjoy a great quality of life without a huge price tag attached. View our properties on the site https://www.frenchconnections.co.uk/forsale/montpellier-herault

Rennes
Rennes has a population of just over 200,000 and is situated in northwest France. As the capital city of Brittany, Rennes is most known for its medieval half-timbered homes, as well as its relaxed atmosphere. When compared to other cities in France, Rennes isn’t as big, so for those who get easily intimidated, you can find your way around Rennes without too many problems.
Rennes is a safe place to live too, with visitors from different parts of the world holidaying in the city and surrounding areas with no trouble. As Rennes is a city with a small-town atmosphere, you will have no trouble mingling with the locals and expats, thanks to the welcoming community the area is known for.

Strasbourg
There is a bustling expat community in Strasbourg that will make you feel right at home from the minute you move. Strasbourg is located at the eastern border of France with Germany, meaning the two countries and cultures combine which makes the city an exciting place to live. Whether you’re heading to the city for work reasons, or you want to retire and live out your golden years somewhere new, Strasbourg is one of the best places to live in France.
Also, the city is generally cheaper to live in when compared to bigger cities like Paris. Strasbourg also plays a key role as a business, cultural and commercial centre which welcomes expats from far and wide. You may be surprised to learn that the European Parliament is housed in Strasbourg, as well as the Council of Europe.

Where to Live in France
Now that you have a better idea of the best places to live in France, this should help you on your journey of deciding where to move to in the country.
Moving to any of the locations listed above will be one of the biggest decisions you make in life. If you’re ready to join the many expats already living and working in France, using this guide should give you a better indication of what kind of place suits your needs best.