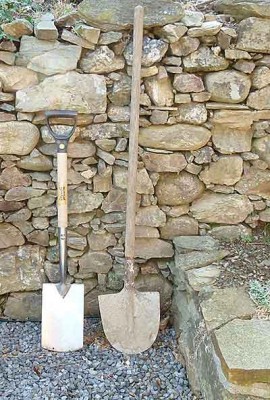 THERE WAS a lot of conspiratorial whispering, rustling and shuffling outside, people saying urgently, under their breaths 'You go first', 'No, you', 'Go on, we'll follow', 'You start, it was your idea', and so on. While all this was going on I was busy pouring champagne, noting that for nine people you have to break into a second bottle if everyone is to get a decent glassful, and if second helpings were required then we would need a third, and that no doubt Josephine had thought of this and that the fridge bottle rack was be groaning under the weight of enough bottles to satisfy the celebratory instincts of a small but very lively French choir.

I'd hardly finished pouring when they trooped in, Michel (2nd tenor) at the head. They'd finished rehearsing a few minutes earlier. As soon as I'd said 'Séance terminé', séance (i.e. session) not having quite the same spiritualist meaning in French as it does in English, they'd disappeared suspiciously quickly, into the hall and out of the front door.

They reappeared carrying pot-planted trees. Not quite Birnam Wood coming to Dunsinane, but all the same the makings of a small orchard. Two of the trees were almonds, in blossom, casting a magical perfume over the room and quite masking the unmistakeable scent of nine people working hard at singing for a couple of hours in close proximity. So they sang Joyeux anniversaire (Happy Birthday), the champagne flowed, candles were blown (but not very well: they were of the self-igniting variety and kept re-lighting themselves, very frustrating for a choirmaster supposedly well in control of his breath),  a chocolate cake of unrivalled excellence and unlimited marzipan was broached, most sincere and heartfelt thanks were uttered and a good time was had by all.
Soberer reflection the next morning led me to realise that I'd reached that stage of life when those trees would probably outlive me. H'm.

A few days later Michel turned up with a special tool called une barre à mine, a 5-foot long iron pole flattened into a mini-spade at one end, the sort of thing no respectable safe-breaker should be without. He'd come to help me plant the trees. Having worked the soil loose with his barre à mine, which he preferred to my pick-axe, he asked me for a spade to excavate a suitable hole with. So I trotted to the garage and returned with my very best stainless steel spade, the luxury model with the top edges of the blade furled over for easier pushing into the soil with the welly boot. I offered it to Michel reverently. I'd bought that spade for good money in a garden centre during a visit to Scotland a year or two ago. I'd asked the garden centre staff to wrap it carefully in bubble-wrap and - what else? - Scotch tape. The outline showed it was still unmistakeably a spade, and I rather expected trouble: budget airlines being as touchy as they are about hold luggage, would they need some persuading to carry it for me on the flight home? In the event there was no problem at all. Well done, easyJet. I'm afraid digging isn't my idea of fun, but at least that spade, with its elegant design, balance, weight and general digger-friendliness lightens my serious gardening almost to the point of pleasure.

Mais qu'est-ce que c'est que ça? Michel asked, in a spluttering mouthful of French much easier actually to say than to spell: may kess ker say ker sa more or less covers it, but does nothing to express Michel's deep scorn. What's that? Where did you get that thing? Call that a spade? Stole it from a museum, I expect. Valuable, is it? Haven't you got a proper spade? And so on, dismissing my luxury spade as a wretched First World War trenching tool. Naturally I couldn't let this pass, so I drew his attention to the unequalled advantages of my pick-axe over his safe-breakers' jemmy, pouring on the scorn. In spades, naturally.

I went off in search of a 'proper' spade. (Just in case you were wondering, Michel and I get on very well. We are the Entente cordiale personified. All that stuff up there is just laddish banter. If you can be called laddish when your average age comes to about 63.) Seven years before, when we were building this house, the builders left one or two tools behind. One was an implement - I couldn't call it a spade - they'd used for shovelling cement. It consisted of a heart-shaped, pointed blade, slightly scooped, on the end of a long pole. You can see it in the photo. It was still there, in a corner of the garage, cobwebbed, dusty and clarted with dried cement. I took it to Michel. His eyes lit up with joy.

The long and the short of it...

THE CHOIR trees were added to others, gifts from my family, so now we're all tree'd up for the foreseeable future. Almonds, cherries, pears, olives - and cypresses. Cigar-slender cypress trees, always redolent of the Mediterranean, do very well here. The tallest was a present from my children on the occasion of my reaching a certain round number ten years ago. The little one went in last month, to mark reaching another round number. The medium-sized one on the right was a present from a choir I used to conduct on the occasion of my handing over the baton to someone else. You could be excused for thinking that French choirs exist not to sing, but to give trees to people.

The tallest cypress was planted in February, 2002. At that time we were thinking about building our new house, on land adjoining the grassy plot where the birthday cypress was planted. We decided what shape the new house should be, and where it should be positioned. In our plan the dining room would overlook not only the cypress tree but some tall and unsightly concrete pylons beyond it, by the road side. In due course, I reckoned, the cypress would grow tall and wide enough to mask the pylons. I worked out where our chairs at the dining table would have to be if this was to work, if we could spend mealtimes enjoying an otherwise stupendous view, with my cypress tree blocking the pylons out of sight. The entire orientation of the house was based on this.

We marked it all out on the rough ground with measuring tape, pegs and stakes, conscious that we didn't have a surveyor's protractor, or even a set square, to make certain our right angles came to exactly 90º. But we did our best with folding a large piece of paper in half, and then again, to obtain a right angle.

Then Pierre the architect took over where we'd left off, plans were made and  passed, the ground was levelled, foundations were dug and 18 months later we moved in. The great day came when, instead of taking our meals in the kitchen as we usually do, we ate in style in the dining-room. We sat down. The cypress tree had grown prodigiously, quite large enough to eclipse those wretched pylons. But did it?

Did it cocoa. We were about a degree out. And a single degree, opening out and magnifying over distance, like a crocodile's jaw, makes a huge difference. The pylons are still visible. I suppose we could move our chairs, but by the time we get round to making this kind of fundamental decision the little cypress will have grown enough to do the trick. And if it hasn't, by that time another ten years will have passed and I shall be due another cypress tree. Still, it makes family questions like What shall we give Dad/Grandad/Great Grandad? for his birthday much easier.