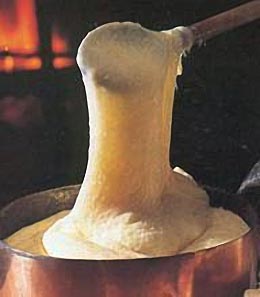 SO, WE have a new President. Nothing to do with us, of course. We didn't help to choose him. Not our fault. Would we have voted for François Hollande, if we could have? Aha, that's another question. But it's academic. We don't have the right to vote, though our inalienable human right to pay French taxes is graven in marble in the French constitution.

Not really. I'm exaggerating. And I expect it's a gross exaggeration to say that M. Hollande is destined to undo the good housekeeping measures that his predecessor M. Sarkozy worked very hard for. He seems intent on spending money that isn't there, and we know where that leads. The Greeks have a word for it.

But might there just be a comfy little stash to be picked from expat pockets? Might this just pay for lowering the retirement age back down from 62 to 60, as M. Hollande has promised to do? Recognising that there's nothing certain in this life except death and taxes, your wily correspondent has come up with a cunning plan: spend it before they get their sticky paws on it. And I could link this with a campaign to encourage la fisc (the French inland revenue) to create tax breaks for expats spending their money dining out.

IT WAS in this spirit that we went to a new restaurant the other day. A new restaurant opening is big news in the valley. There aren't very many, mostly because there aren't many people living here, up in the Mediterranean hinterland. Quite apart from there being next to no work, the area is mountainous, the climate sometimes harsh, and nothing much grows here in any abundance except chestnuts, cherries and weeds. Oh, and roses. Musn't forget the roses. They do very well indeed. But it's very beautiful.

So anyone opening a new restaurant either needs their head examining, or is  convinced that their cooking skills  are so irresistible that the hungry will come beating on their doors to be let in. Most rely heavily on the tourist season, roughly April to October, and there are very few that stay open the whole year. Anyway, never mind all that, the other night, having telephoned ahead to book a table for two, we drove for 15 minutes or so with sharpened appetites up into the mountains to a hamlet called Mauroul, intent on beating on the door to be let in.

We'd heard about this restaurant, l'Auberge de Mauroul, in a curious way. Some weeks before, when leaving another restaurant after an excellent meal (you see how seriously we take our tax responsibilities), we spoke briefly to the people at a table near the door, whom we knew slightly. One of them was a kiné who'd given me, on our doctor's prescription, some relaxing but otherwise ineffective and futile treatment for a bad back some 18 months before. Perhaps I should explain kiné? It's short - mercifully - for kinésithérapeute, i.e. physiotherapist. While wiring me up for heat treatment he felt constrained to tell me how many local women had asked him to father their children. H'm.

Maybe he has a gift for inappropriate remarks? I asked him if he was enjoying his meal. Yes, he said, very much, but had we eaten at the Auberge de Mauroul? The cuisine there was first class. On y mange très, très bien. You eat very, very well there. The implication being that the restaurant where we were wasn't up to much, which was far from the truth. But all the same we followed up his recommendation.

Mauroul is a snug little community of stone-built houses nestling into the mountain flank. I don't know how many people live there: maybe 30 all year round, swelling to double that and more as holiday homes and gîtes fill up in the summer months. The village lanes and alleys are mostly very narrow, in some just room to negotiate a Citroën 2CV, but there's a generous car park at the foot of the village, and it was there that we parked and trudged up past extraordinary displays of climbing roses, wanton in their May splendour, on our way to l'Auberge de Mauroul.

We wondered about eating outside, but decided against it. Mauroul is about 400m  (roughly 1300') above sea-level: fine for lunch on a sunny day, but maybe a bit cool in the May evening. Inside it was too warm for the fire to be lit, unlike in the photo above, and most of the 20-odd places were taken. Madame, all smiles, and endowed with that studied restaurant courtesy that showed she was a true professional, led us to a quiet table for two, and battle commenced.

I don't usually take photographs of restaurant meals, although I know it's habit beloved of Americans, so if you're reading this in the USA (and I hope you are), my word-pictures will have to set your mouth watering. (Besides, I wonder if there are copyright issues?). We started with a local-ish red wine called l'Impertinent, and it was: long in the taste and flavour, but with a cheeky uplift at the end. Well named.

First in the procession of good things which Madame brought us was an amuse-bouche (a pre-starter, almost a tease, to get the digestive juices going) of tapenade of anchovies with slicelets of three different kinds of smoked fish, salmon, herring and halibut. Mm...         Josephine began the meal proper with a galantine of duck, served with salad of various leaves and particularly with two types of home-made bread, not long out of the oven. Mmm... I kicked off with gambas (large Mediterranean prawns) flamed in whisky, served with a green salad with strips of smoked salmon. A Mmmm-messy business, as you have to decapitate and de-carapace the prawns yourself, but Madame was on hand with finger-bowls and lemon-scented wipes to deal with sticky paws.

I followed this with fillets of local trout served in a tomato sauce with overtones of curry, while Josephine accompanied me with slices of sucking pig, marinated in red wine and sautéed in olive oil, sauced with a decoction of the marinade and the sauté oil, and served with...

...in some ways what followed was the pièce de résistance. All small restaurants have their style, or declare their origins: l'Auberge de Mauroul makes no secret of taking its inspiration from the cookery of the Auvergne, the mountainous upland of central France, where the climate can be rude and dietary needs robust. Madame appeared with a bowl of aligot. Aligot is something very special indeed, not for the faint-hearted, not for those whose taste is too elevated, too sophisticated, to enjoy what is basically a good satisfying feed: typical of the Auvergne, aligot is a blend of potato purée and melted cheese, stirred and turned until it forms a thick, viscous paste, which is served piping hot. Even I, who have barely looked at a potato since I was about 4, felt constrained to admire the appearance of this noble dish, and to salute Josephine's homage to it in leaving not the slightest smear on the side of the bowl.

Home straight: crême brulée for me, and for Josephine clafoutis (pron. 'kla-foo-tee'). This is a seasonal dish, a sort of batter with whole, unstoned cherries in it. The cherry stones add a certain flavour to it, apparently, and it comes with a warning to watch out for your teeth. Indeed the name clafoutis probably comes from the expletive victims come out with when they realise they've just lost another molar...oh clafoutis!

Teeth intact and deeply satisfied, we strolled back down through the darkened village to the car, navigating our way from one magnificent climbing rose to the next.

I DON'T expect our tax bill will be reduced by the least centime in recognition of our devotion to French restaurants. There'll be no thanks from a grateful fisc for sustaining local employment, encouraging local produce and VAT. Well, we'll just have to try harder. And more often. Ex-President Sarkozy had a catch-phrase, travailler plus pour gagner plus, work more to earn more. I propose to replace that with Eat out more, pay less tax. Bon appetit!