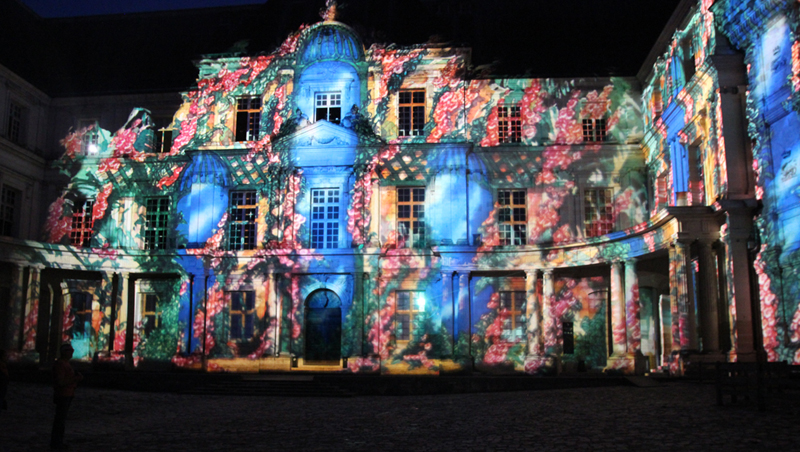 In the summer months, cities around France put on heaps of razzle dazzle with son et lumière shows. Castles, Cathedrals, ancient buildings, beautiful gardens and even small villages light up and show off with sound and light shows to wow.

The concept was invented by a French man, Paul Robert-Houdin, then curator of the magnificent Château de Chambord, Loire, France. In the years since, the practice has spread around the world and in France it’s a hugely popular form of entertainment and often free.

Here are some of our favourite summer son et lumière shows that we think you’ll love!

In the spectacular courtyard of this ancient chateau, the buildings are lit up to reveal the story of its dramatic past. Pop on your headphones and listen to tales of love, deception, murder and chivalry (available in English), it runs until 24 September 2017. See website for details and tickets: www.chateaudeblois.fr 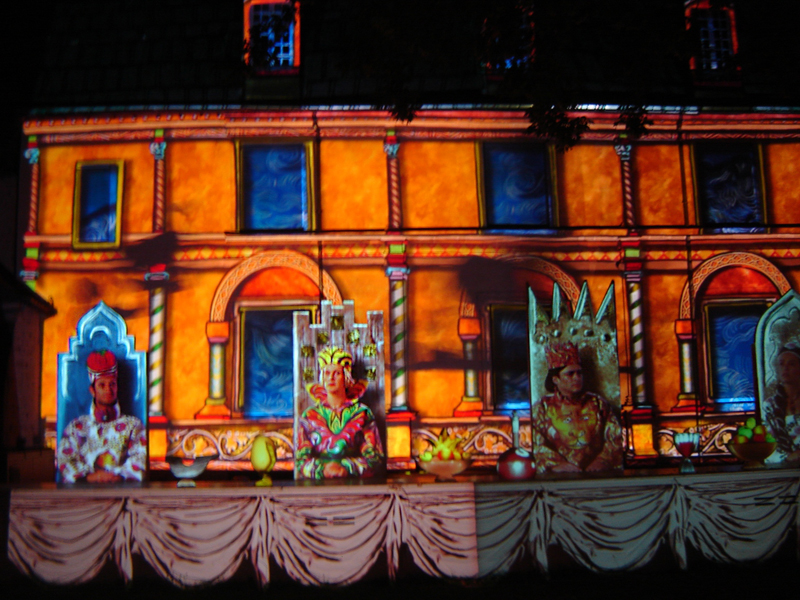 Known as La Nuit des Chimères this free event sees the medieval quarter of Le Mans turn into a huge and magnificent light fest through July and August. The cobbled streets and facades of historic monuments are transformed into projection screens when dusk falls and brings the city to life after dark. www.nuitdeschimeres.com 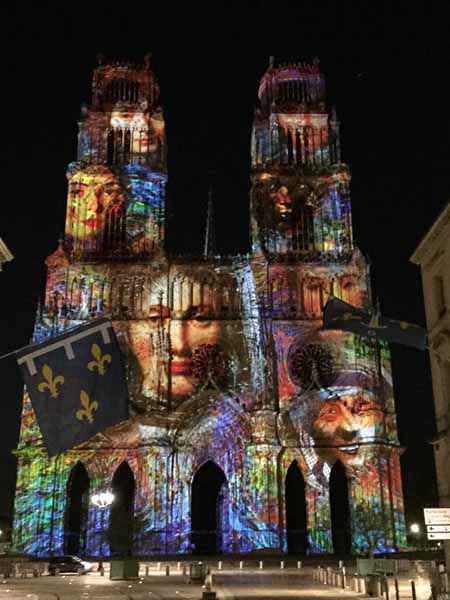 Until 18 September 2017, this magnificent cathedral will show images of Joan of Arc, the “Maid of Orléans”.  Wonderfully colourful, the show will take place until September 16 at 11pm and 11.30 pm on Thursdays, Fridays, and Saturdays from July to August. Pop into the tourist office for more details. 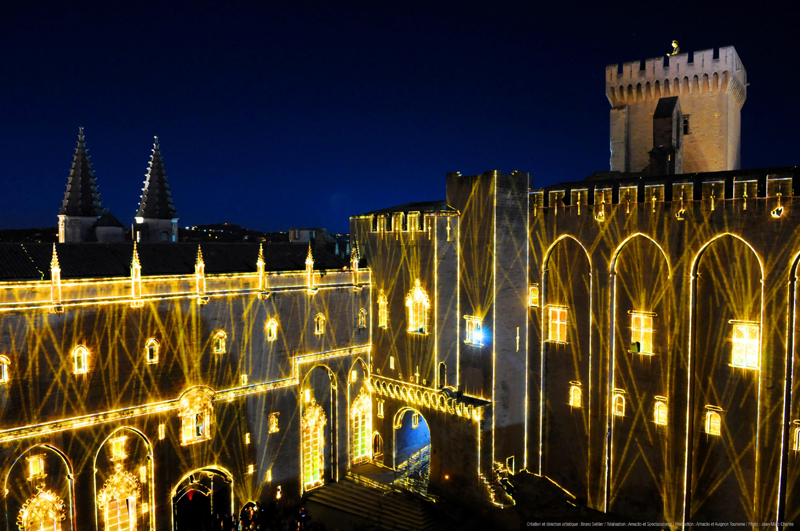 A truly sumptuous show with 3D images that conjures up this enormous palace’s papal past before your eyes. Set in a UNESCO world heritage site that has an 800-year-old history, this is one son et lumière show you won’t forget. From 12 August to 30 September 2017, available in English for specific performances, see website for details and tickets: www.lesluminessences-avignon.com

A wonderful nightly sound and light show that illuminates the Cathedral of Rouen with a theme of either William the Conqueror (1066 and all that) or Joan of Arc, who was executed in the town.

From 3 June to 23 September 2017. See website for details: www.rouentourisme.com

French Connections have lots of great accommodation offers for you in all areas of France, pop over to our rental pages and search in the area that interests you to find your dream temporary home.