Boules the National Game of France 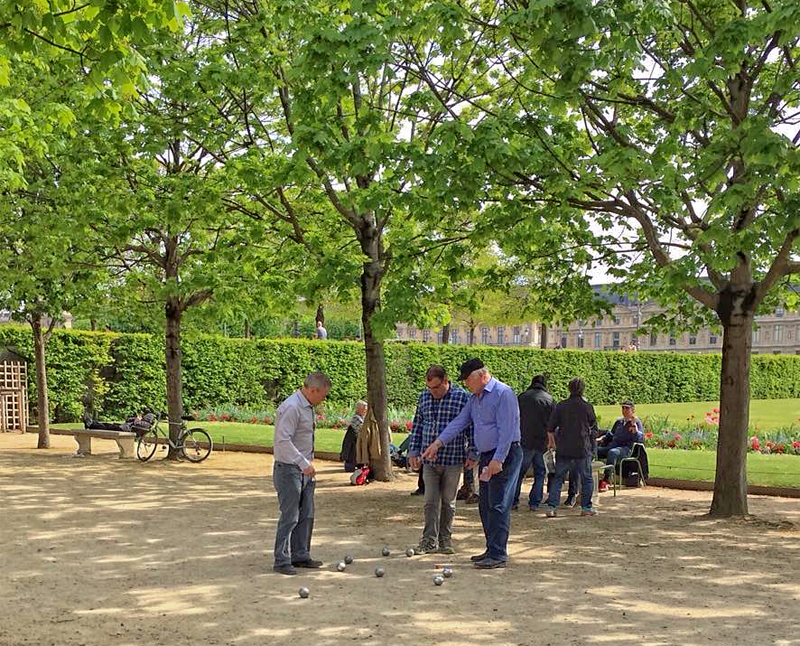 Boules is a game that’s traditionally played with metallic balls on a dirt surface (as long as it’s flat and level!)  with a glass of pastis or wine at hand.

Boules or la pétanque as it is sometimes called is played by around 20 million people in France and anyone can easily and quickly learn to play and enjoy this ancient game (it is believed to originate from an ancient Greek game of tossing coins in about 6 B.C.).

The purpose of the game is to win by throwing your balls to land closer to a small coloured ball called a cochonnet which literally means piglet, than those of your opponent.

The game is usually played between two teams of 1, 2 or 3 players. If singles or doubles each player uses 3 boules, in triples 2 boules per player. It’s a great game for families as even little kids can join in this one.

To start, toss a coin to decide who begins the game and has the right to place the cochonnet.  If you don’t have a cochonnet, you can use an object of comparable size – a stone or cork from a bottle is usual.

A circle or area is drawn by the winner of the coin toss (or a member of his/her team) in which players must stand and not step outside of while throwing. The circle should be about 0.5m in diameter and at least 1m from any obstacle. 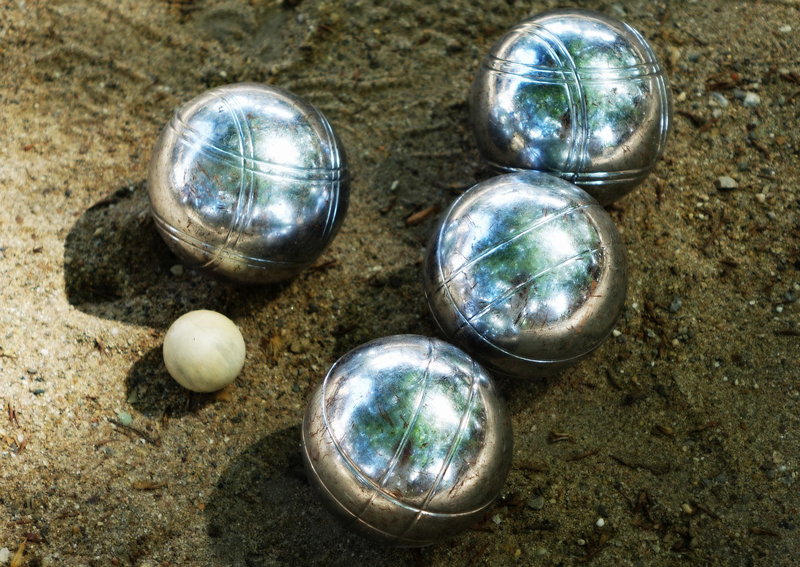 The winner of the coin toss throws the cochonnet between 4m and 8m, or 6 to 10 paces from the circle in any direction – it must not be closer than 1m from any obstacle or you must throw again.

Any player from the coin toss winning team throws the first boule, trying to get it as close as possible to the “cochonnet” without touching it.  Both feet must stay together on the ground and within the circle while throwing and until the boule has landed.

A player from the other team then steps into the circle and aims to throw a boule closer to the cochonnet than their opponent, or to knock the opponent’s boule away. If you’re being a stickler for the rules, you should throw within 1 minute of your turn starting.

The winner or winning team starts the new round.

Usually someone produces a tape measure or some means of rule to identify who is nearest to the cochonnet if it’s not glaringly obvious – without it there can be lively debate!

If you fancy a game of boules in France, check out our ever-growing list of fabulous holiday rentals and B&B properties all over France. We’re here to help you make your dreams come true…