What to see and to do in Dijon, Burgundy 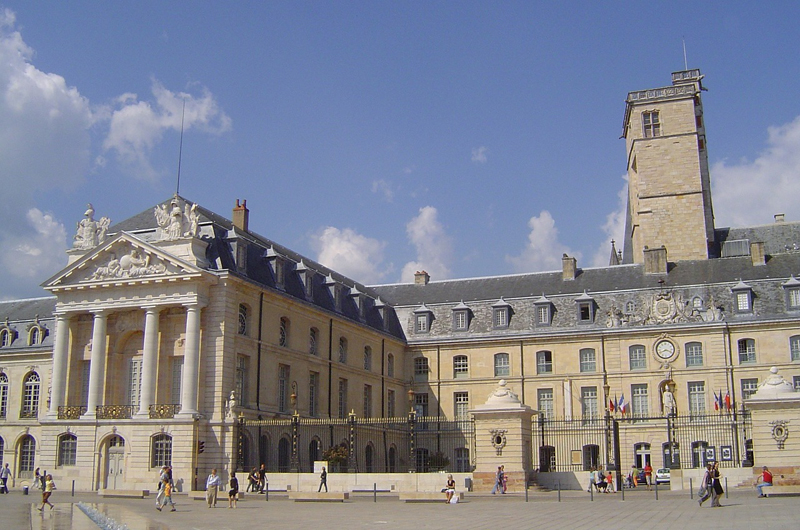 Burgundy, in east-central France, is a region that’s renowned thanks to its vineyards, with wine producing villages like Chablis and Nuits-St-Georges known throughout the world.

Burgundy is a land of picturesque villages, rolling vineyards, medieval abbeys, the Burgundy Canal and historic cities. There’s so much to see that it’s hard to know where to start but Dijon, the capital city, should definitely be on your list.

What to see and do in Dijon

Dijon is probably best known for its mustard, However there’s far more to this ancient town than this piquant sauce.

It was once home to the fabulously wealthy Dukes of Burgundy who were more powerful than the King until their empire became part of France in the 15th Century. In their wake they left an architectural and cultural legacy that’s just mind-boggling. Dijon is amazingly well preserved and boasts over 100 hectares of magnificent monuments, medieval buildings and 100 hotel particuliers (grand mansion houses). The Palais des Ducs is stunning, built on the site of the Gallo-Roman castrum (a fortified building), the Roman influence is evident in its architecture. It was rebuilt in 1366 and then again in the 17th Century by architects Jules Hardouin-Mansart (Versailles) and Ange-Jacques Gabriel (Fontainebleau). The Palais has been home to the Musée des Beaux Arts since 1799, one of the oldest and most beautiful museums in France.

Climb the 15th century Tour Philippe le Bon for views over jewel-coloured tiled rooftops, crooked medieval streets, and, further afield, vineyards, forests and villages. The hundreds of stairs are worth the effort.

Visit the free Museum of Burgundy Life which has a quirky and eclectic and mix of objects as well as superb recreations of shops from the 19th and early 20th Centuries.

Finally, don’t forget to rub the owl! It’s a legend in Dijon that it will bring you luck to run the small stone owl on the wall of the 13th century church of Notre Dame. On top of the church is a 14th Century mechanical clock known as “Jacquemart” whose four figurines chime every quarter of an hour as they gaze over rue de Musette and the second hand book sellers on a Saturday morning.

Where to eat out in Dijon

There are hundreds of cafés and restaurants in the town. For views and a great ambiance, head to the Place des Ducs, or Place Francois Rude with its little carousel where mamans and papas sip coffee while their enfants play.

You can’t really go to Dijon and not visit Boutique Maille. The famous mustard shop has hundreds of different mustards and a tasting bar.

At the end of the day, join the locals and relax with a kir. This typical Burgundian aperitif is made from local speciality, creme de cassis, (blackcurrant syrup) - and aligote (a Burgundian white wine).

We have a great selection of holiday homes in Burgundy, just head over to our listings pages and find one that’s just perfect for your holiday…