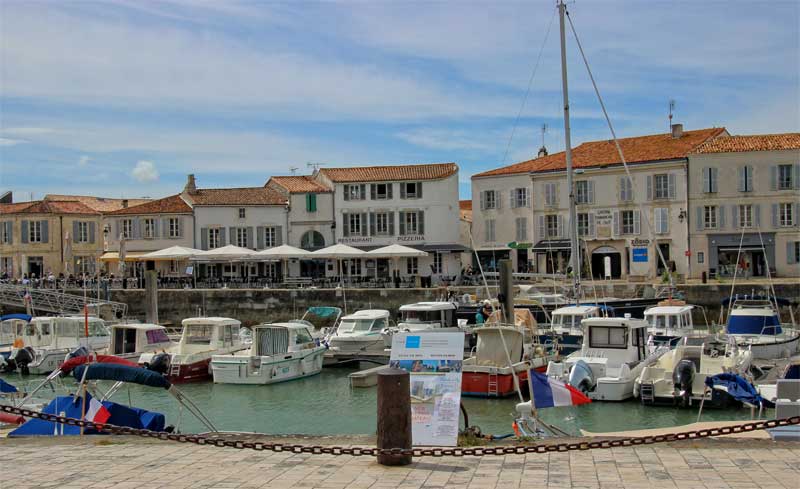 After the summer crowds are gone but sunny days are still plentiful, it’s the ideal time for a trip to the exquisite little Ile de Ré, just off the coast of La Rochelle in Charente-Maritime, Poitou-Charentes.

Visiting the Ile de Re

You can drive to the island by car via a toll bridge or take a bus from the centre of La Rochelle. Or you could leave the car behind and take the pedestrian only boat from La Rochelle to Saint-Martin-de-Ré – one of the loveliest towns on the island, though there are many. You don’t need a car to enjoy its many charms though you might wish you had one if you like to shop, there are loads of fabulous boutiques here.

Top 5 things to see in Ile de Re 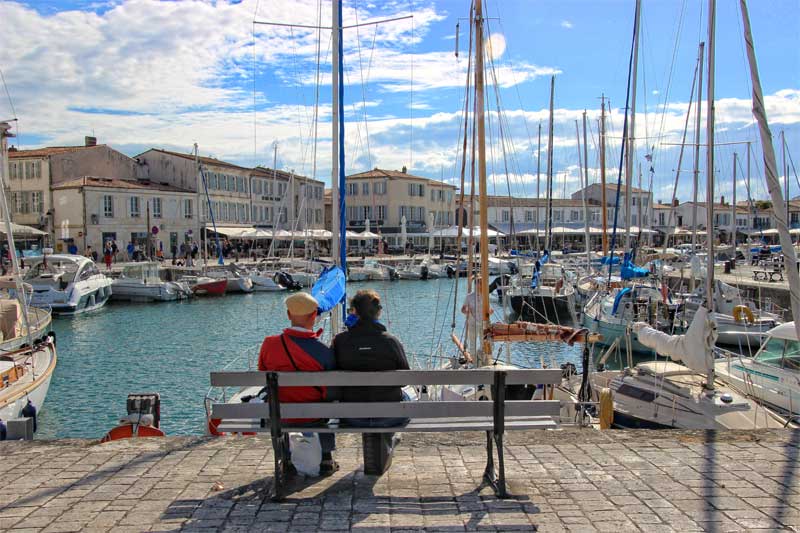 Saint-Martin-de-Ré is the main town on the island, the mini capital of Ile de Ré. There are great restaurants, bistros, bars, and ice cream shops. The town is protected by Vauban build fortressed walls which give it world heritage site status and spreads out around a stunningly pretty waterfront.. In the 1670s, Louis XIV’s French military engineer Vauban, was commissioned to overhaul the island’s defences - they were listed on the UNESCO heritage list in 2008. Climb the bell tower of the church for a panoramic view over the roofs of the terracotta-roofed houses in this “Plus beaux village de France” (official list of prettiest villages in France). If you’re lucky you’ll spot donkeys dressed in stripy trousers, a local tradition from the days when mosquitoes were a problem. They’re not now but hey, who doesn’t love a donkey in a pair of trousers! 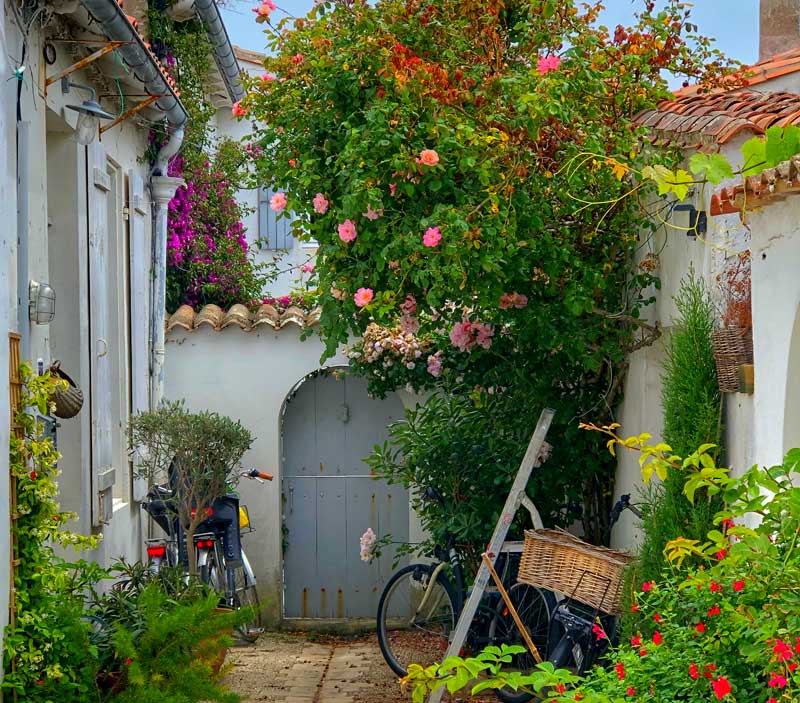 Another “plus beaux village” on Ile de Ré, La Flotte is a tiny harbour town that well worth stopping off at. Wander the narrow streets to discover lovely coffee shops and bistros, shops and art galleries. Don’t, whatever you do, miss the market, it really is fantastically pretty with a great atmosphere.

Salt has been produced on the island since the middle ages. Fleur de sel salt is famous in France but it was hardly known outside of the Ile de Ré 20 years ago. People saw it on TV on programmes like MasterChef and wanted to buy it, now fleur de sel is revered. It costs several times what the originally salt costs as production time is much more consuming and depends on terroir, the strange French word that’s untranslatable into English but includes the climate, the land and more. The little tubs of salt make for a perfect (not heavy) souvenir of your visit.

New to the Ile de Ré and brilliant fun, tuk tuk rides can now be booked in La Flotte, Le Bois-Plage, La Couarde and Saint Martin de Ré. This fleet of environmentally friendly, 100% electric tuk tuks are the most fun way to take a tour. You can even get picked up from your holiday accommodation and dropped off in town or back at your pickup point. The great thing about a Tuk tour is that they can access all areas so you get to see the tiny oyster shacks that cars can’t reach, the local drivers can show you the secret places, the salt marshes and off the beaten track. Book at the tourist office or through https://www.retuktuk.com/

Cycling on the Ile de Ré

Cycling is a favourite pastime on the island and we’re not surprised. It’s pretty much completely flat, takes around two hours to go from one end of the island to the other and has more than 60 miles of signposted cycle paths which wind through vineyards and fields. And with the same number of sunshine hours as the south of France, cycling is the best way to see the best bits of this pretty little island. It’s easy to hire a bike on the island with loads of outlets in the towns.