Spotlight on Toulouse in Autumn 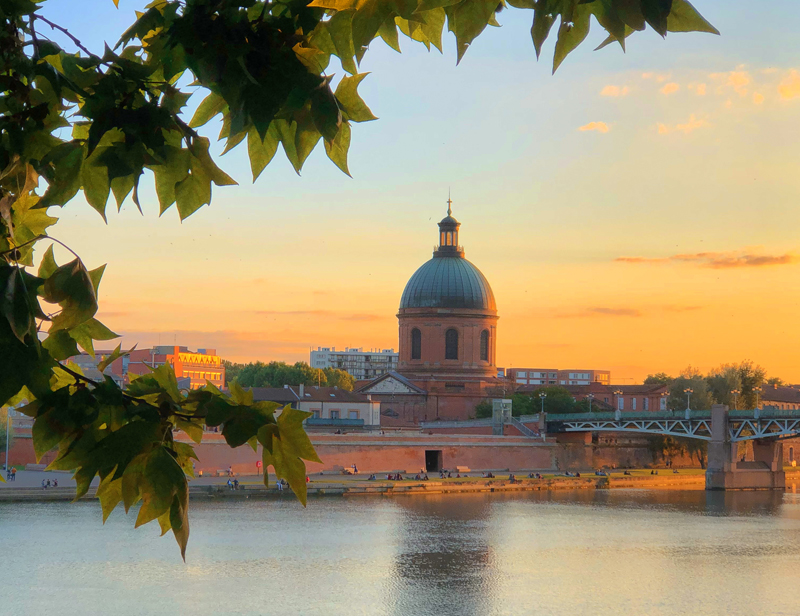 Toulouse in the Haute Garonne department far south of France, within easy driving distance of the Spanish border, is a brilliant all year round place to visit. But in Autumn, when the crowds have thinned and the low golden sun licks the red brick buildings and makes them glow, and falling leaves flutter along the cobbled streets – Toulouse is just about perfect…

It’s impossible not fall under the spell of the Capitole in the centre of Toulouse. The emblematic building with a stunning 17th century neoclassical style façade is the beating heart of the city. Around it are a series of districts each quite different from the other and all easy to reach on foot. Pick up a map from the tourist office and go walkabout to discover Toulouse’s many charms. 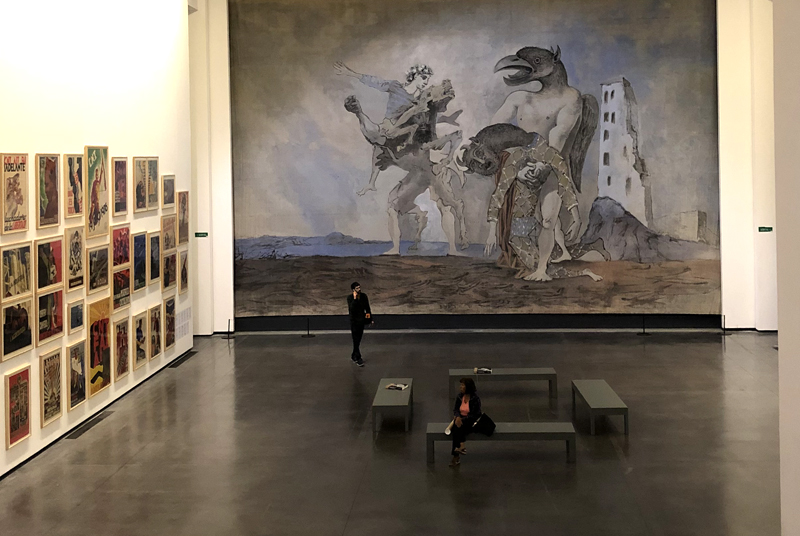 Autumn is the ideal time to visit the museums of Toulouse – and you’ve certainly got plenty of choice.

Don’ t miss Les Abbatoirs Museum, which you won’t be surprised to discover is in a former abattoir.

The museum and guided tour of Aeroscopia 'Let's visit Airbus' opened in January 2015 and presents the legendary models of French aviation.

The Toulouse Museum, located in the city centre, is the second largest natural history museum in France. The museum has a superb collection of modern and contemporary art with works by Picasso many Spanish artists exiled from Spain when General Franco seized power during the Spanish Civil War. This is no elitist museum, you can do yoga classes amongst the artworks, workshops, a library and at Christmas they hold a market where artists sell their works. After your visit pop to the park next door to enjoy the views over the river Garonne and the soft sun puts on a dazzling show turning the autumn leaves every shade of gold.

The Bemberg Museum has an exquisite collection of artwork in a former 16th century mansion where each room has been restored to 19th century glory to showcase the wonderful collection of paintings, furniture and ornaments including Degas, Monet, Matisse and Boudin.

The Augustins Museum, Museum of Fine Arts located in the former Augustinian monastery is home to medieval sculptures and a large collection of paintings from the fifteenth to nineteenth century. It’s one of the oldest museums in France.

The Museum of Old Toulouse offers a large collection of pieces representing the artistic and historical past of the city.

The Museum of Companionship, former residence of the companions, the museum now displays the objects they produced there.

The Paul Dupuy museum displays many decorative and graphic objects.

The Georges Labit Museum has an extensive art collection of ancient civilizations. 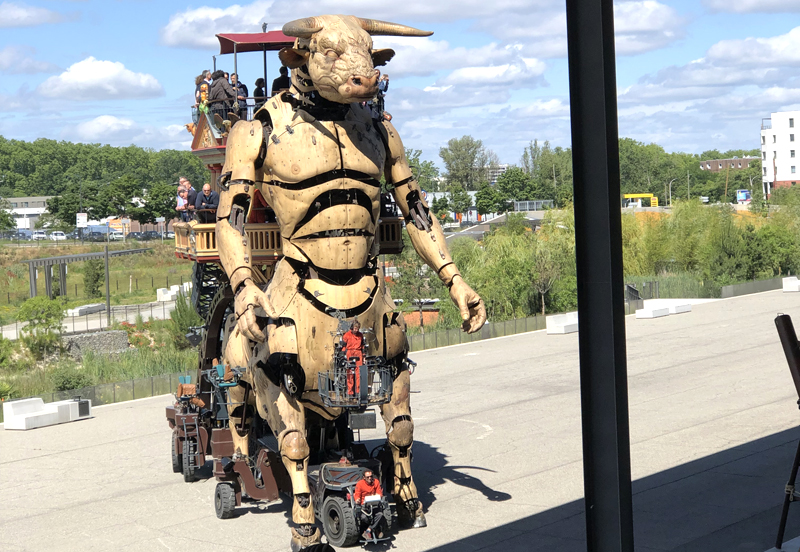 In the vast space of the Halle de la Machine mysterious inhabitants are waiting to meet you. Amongst the exhibits are a walking 37 ton spider called Ariane and musical machines which make up the strangest orchestra you’re ever likely to see. There’s a giant set of wings piloted by a machiniste, pipes which spout flames, twirling guitars and a table laid for an enchanted dinner where the pepper is sprinkled by a flying waiter. And best of all you can ride on a giant minotaur (half bull, half man) who roams the streets carrying passengers in a temple on his back!

With mild temperatures in autumn, al fresco dining can feel like summer. It’s usually still warm enough to sit at a terrace café in the sun most days though you might need a jacket in the evenings. It’s the perfect time to enjoy a glass of local red wine in one of the many elegant squares in the city. We like lively Place St Georges in the historic centre. one of the most popular places with the locals. Try Monsieur Georges bar/restaurant with its colourful décor is ideal for a rendezvous with a glass of wine and in the evening it’s perfect for dinner on the terrace. Indulge in a seriously tasty menu, deliciously decadent desserts and scrumptious cocktails.