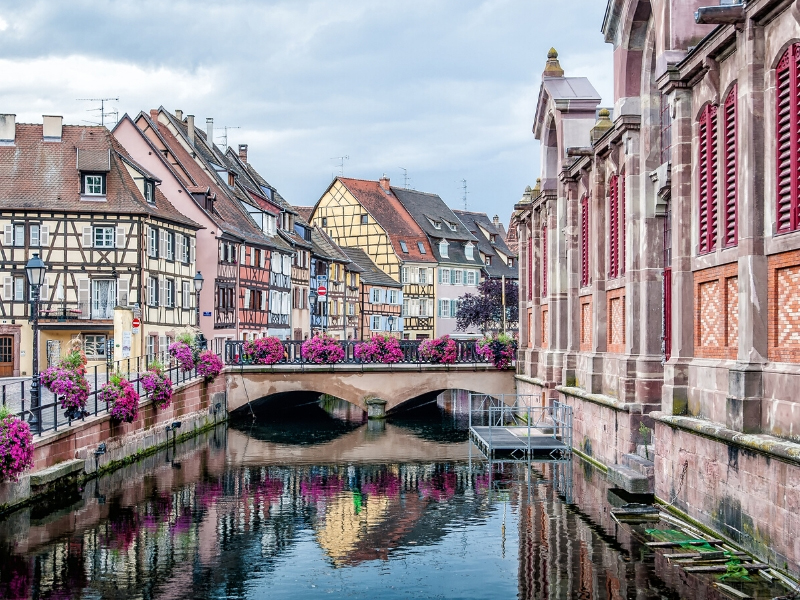 Strasbourg is the capital of the Alsace region in the north east of France, bordering Germany. It’s a land of vineyards and lush countryside peppered with picturesque hamlets.

In parts looking like something out of a fairy tale with half-timbered houses and cobbled streets historic Strasbourg has something to please all visitors. Great gastronomy, history and culture by the bucket load, pretty, elegant and easy to walk around.

Here are our top things to see and do in Strasbourg:

In the 16th century people suffering from syphilis were sent to the little island surrounded by canals in the middle of Strasbourg, to isolate them from the mainland. Now UNESCO listed, it’s a major attraction and perfect for a stroll, eating out, sitting at a terrace watching the world go by and for shopping, with many of the former washhouses now restaurants and quirky stores. It’s easy to spend a half day wandering here soaking up the atmosphere and admiring the beautiful half-timbered houses – very Hansel and Gretel. 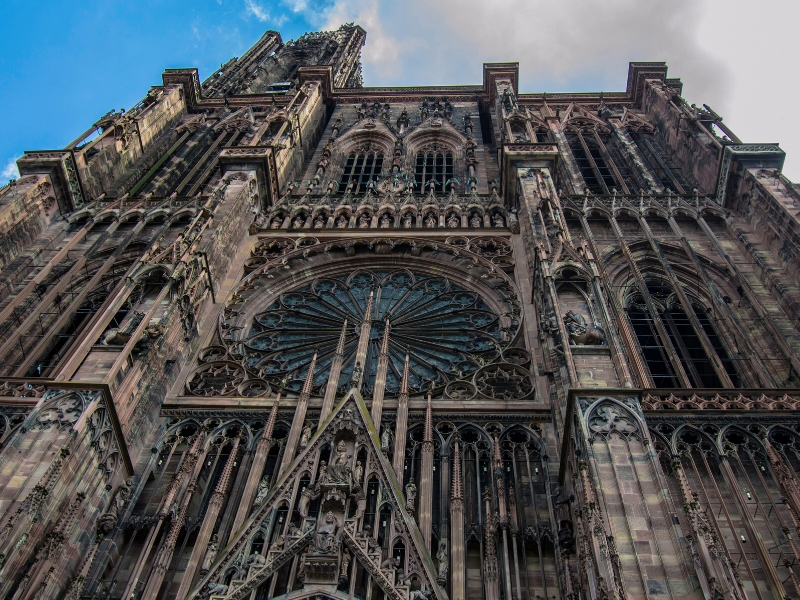 The great Gothic Cathedral of Notre Dame is the most popular attraction in Strasbourg. The soaring red stone Cathedral receives a whopping four million visitors a year. The sheer monumental size and exquisite detail is mind boggling. The cathedral is, to quote a cliché, breath-taking and features amongst its medieval stained glass windows, a 14m high rose window. It was the tallest man made building in France until the 19th century. Climb the 329 steps in one of the towers for a birds eye view over the city and as far as the Vosges Mountains.

Strasbourg Cathedral is over one thousand years old. Construction of the original, on the site of a Roman temple, began in 1015 but was destroyed by a fire. Reconstruction started in the 12th century, when the Gothic style of architecture was coming into vogue. Building when on through the 13th century and was finally completed in 1439 with the addition of the spire.

If you love food – you’ll love Strasbourg. There’s a massive choice of restaurants to choose from. In the main tourist areas, they’re touristy of course, that doesn’t necessarily mean bad, you’ll get gorgeous views and some have excellent food too. But if you’re looking for authentic and the most delicious Alsatian cuisine, the restaurants the locals go to try Chez Yvonne (10 rue du Sanglier). Presidents Chirac and de Gaulle loved it’s cosy authenticity. For authentic dishes with a modern twist, Les Chauvains Pere Et Fils (3 rue du Faisan) is top notch.

There are a dozen museums in Strasbourg ranging from modern art to ancient artefacts. Many are in wonderful, ancient buildings like the Museum of History which is in a 16th century former slaughterhouse and a voodoo museum (yes you did read that right), in a water tower. Don’t miss the magnificent Palais Rohan where you’ll find three museums: Musée des Beaux-Arts with a major collection of European paintings which includes Botticelli, Rubens and Canaletto. The Musée Archéologique is in the basement. And there’s a Musée des Arts Décoratifs which is absolutely superb. And, if you like medieval art, you’ll be in Seventh Heaven at the Medieval Museum. 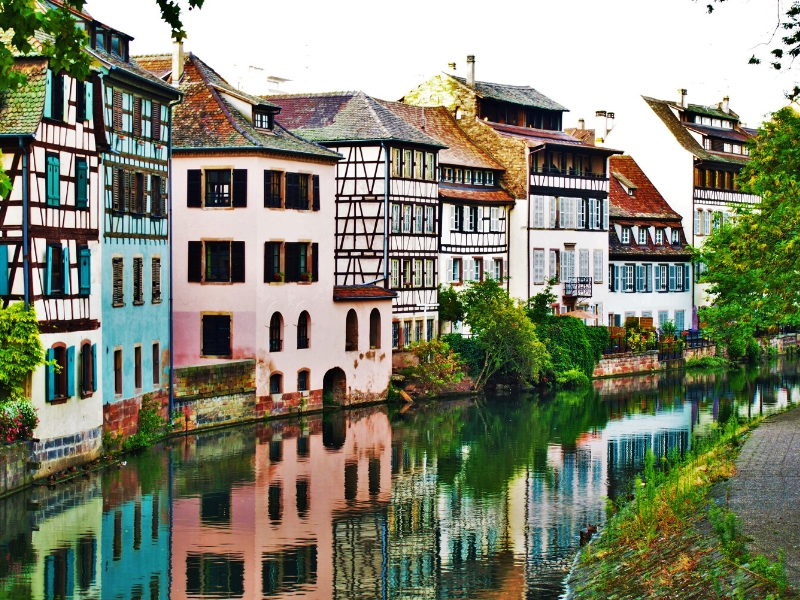 Hire an electric boat and see Strasbourg from its watery arteries at your own pace. Or, if you’d like to relax and take in the sights including the immense buildings of the European Parliament, join a guided boat ride with Batorama and choose an open top boat on a sunny day for the best views.