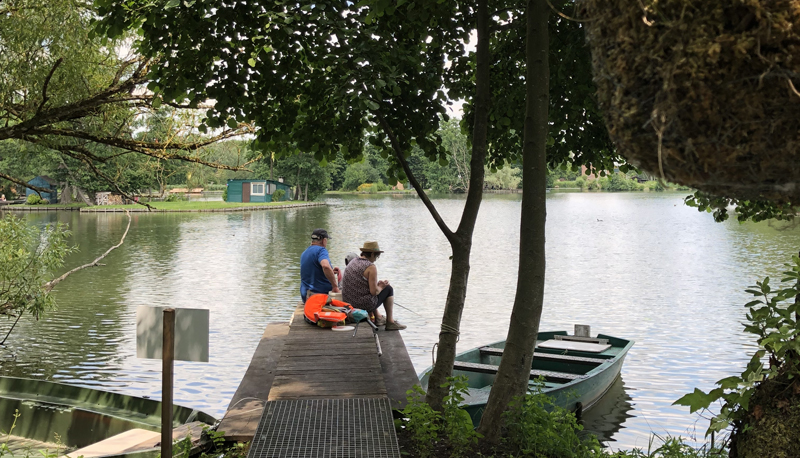 Amiens in the region of Picardie (now called Hauts-de-France) northern France is known as the “The Green Venice”. 65km of waterways lie in the shadow of France’s biggest Gothic Cathedral. It’s a truly surprising city…

The Hortillonnages of Amiens

The hortillonnages are floating market gardens on the edge of the city. They’ve been cultivated since the Middle Ages on a maze of canals, thought to date back to at least the 13th century. The best way to experience this historic heritage site is by guided electric boat tour (from April to October). It’s incredible to see the city’s Cathedral spire in the background while you spot wild birds and lazy fish on the tranquil waterways. The perfect way to spend a couple of hours away from the bustle of the city.

The beautiful water market of Amiens 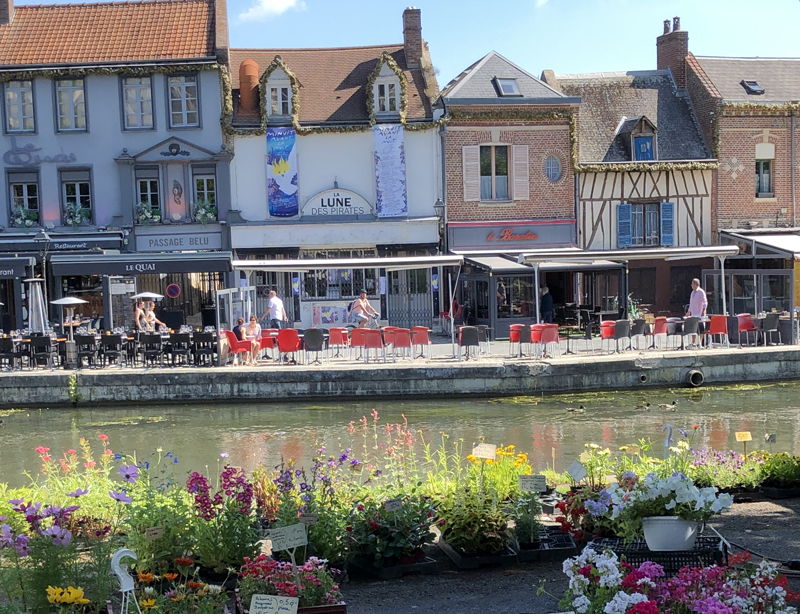 The weekly Saturday morning market along the pretty Quai Belu in the old district of St Leu with its pretty half-timbered houses in the shadow of the Cathedral has a festive atmosphere. The market on the water as it’s known, is where the market gardeners of the hortillonnages sell their produce and have done so for centuries. Almost everything here comes from the hortillonnages or around the Somme area - from flowers and vegetables to wild herbs, cheese, honey, charcuterie and even beer. It’s a must-see on a weekend visit. 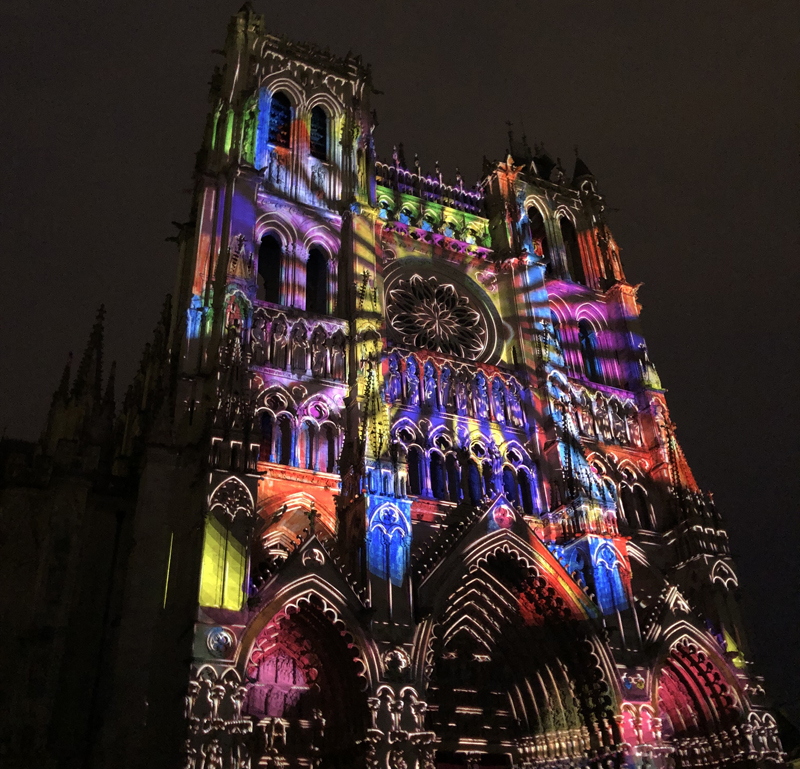 The great Gothic UNESCO listed Cathedral of Amiens celebrates its 800th anniversary in 2020. It’s vast interior is filled with statues and frescoes, the soaring vaulted ceiling is mind-boggling. This is the biggest Cathedral in France.

During summer months and December, a stunning sound and light show takes place, lighting up the façade of this majestic building and bringing it to colourful life. Details: www.amiens.fr/Vivre-a-Amiens

Surely everyone has read Around the World in 80 days, Journey to the Centre of the Earth, 20,000 Leagues Under the Sea – or seen the films! Jules Verne wrote dozens of books and thrilled millions with his adventure stories. He lived in Amiens for 18 years and his old home, where so many of our favourite books were written, has been restored to look just as it did when he was there. There’s a fascinating collection of his artefacts, books and items which illustrate his tales.

Eating out in Amiens

There’s plenty of choice for great restaurants and if you like authentic, local and seasonal French food – you’re in for a treat. Le Quai Restaurant alongside the Canal in the old St Leu district is friendly and delicious. Further along the Canal Au Fil de l’Eau serves fabulous authentic dishes including a Ficelle Picarde, a Picardy pancake. On a sunny day, head to the terraced garden for wonderful views over the water. And if you really want to push the boat out, Brasserie Jules, a traditional bistro which specialises in fish dishes, is legendary in the city. Photos of Jules Verne adorn the wall and look on approvingly as you feast on the freshest of shellfish, prepared in a glass booth Parisian style.

Discover more things to do in Amiens and northern France: www.french-weekendbreaks.co.uk

Check out our listings for holidays homes in Picardie here…