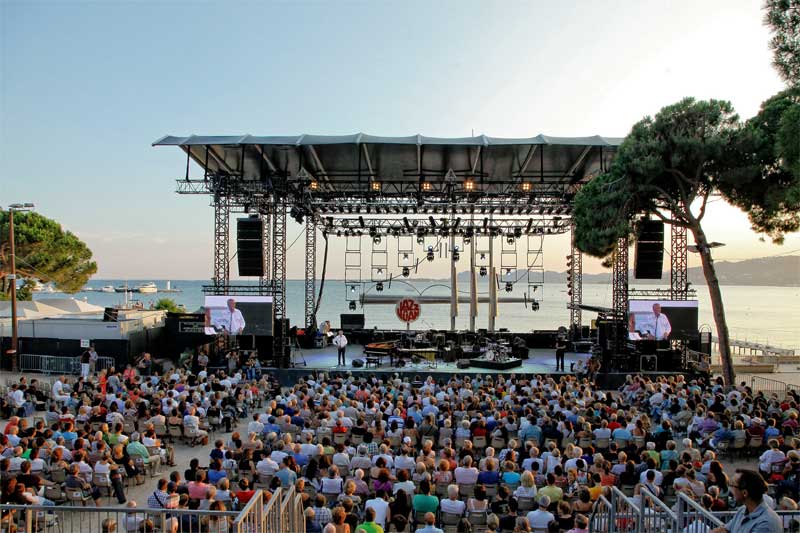 With a record number of more than 90 million international visitors, France was the most visited destination in the world in 2018, representing a whopping increase of 4.3 million visitors since 2017.

The UK remained the main source market for inbound travellers to France in 2018 with 13 million tourist arrivals, representing a 2.4% increase on 2017.

We love it for so many reasons, from the diverse landscape, wonderful beaches, mountains, countryside and cities – to the famous French cuisine. Who can resist a crispy baguette, a just baked golden croissant, a piquant cheese or a cake that looks like a jewel box?!

We also love France for the sheer number of things to do. Here’s a peak at just a few of the fabulous new events coming up in 2020…

THE DRAGON OF CALAIS, THE NEW ADDITION TO LA MACHINE COMPANY Calais

In 2020 don’t miss the ‘Dragon of Calais’ a magnificent creation conceived by La Machine de Nantes and built by La Machine Company. The giant dragon will carry visitors through the town and along the seafront. By 2023, other fantastic creatures will arrive in Calais to create a unique urban universe. A permanent creation, the dragon is 15 metres high and can carry up to 60 passengers at a time. Book your ticket to ride a dragon here: compagniedudragon.com

Four years after closing for renovation, Paris’ Palais Galliera fashion museum will reopen in April. It will be home to the first permanent fashion exhibition in France, exclusively sponsored by Chanel. Located in the basement of the Palais Galliera, the 670-square-metre area is dedicated to the history of fashion from the 18th century to the present day. The project also includes the creation of a learning workshop and a bookshop. The ground floor of the museum will be dedicated to temporary exhibitions.

After huge success with the Atelier des Lumières digital art museum in Paris, the city of Bordeaux will open Bassins de Lumières within its famous submarine base, a remnant of the Second World War. This enormous bunker is five times larger than the Atelier des Lumières in Paris – covering 11,000 square metres. Opening in April, it will become one of the world’s largest multimedia installations. Details: www.culturespaces.com/en/bassins-lumieres

French billionaire and art collector François Pinault is due to take over a new hot Parisian spot to display his art collection. Located at the heart of Paris, the Bourse de Commerce (Stock Exchange) will open in June to house the new exhibition space for the Pinault Collection. The historic building has been fully restored and transformed into a museum by famous Japanese architect Tadao Ando, including an auditorium and 3,000 square metres of contemporary art exhibition. Details: www.collectionpinaultparis.com/en/

A new museum of modern art will open at Fontevraud Abbey in May/June 2020 following a vast donation by private collectors Martine and Léon Cligman. It includes 19th and 20th century works by renowned artists Corot, Dubuffet, Degas, Toulouse-Lautrec, Derain and Delaunay. The museum will open in the former stables. Fontevraud is the largest collection of monastic buildings in France, burial place of three English royals – Henry II, Richard the Lionheart and Eleanor of Aquitaine – and a world famous cultural centre. The on-site hotel has a Michelin-starred restaurant and hotel guests have access to the abbey all night long. Details: www.fontevraud.fr/en/

Frank Gehry’s vertiginous, twisting tower at LUMA Arles is taking shape on its 16-acre site in Provence. Due to be 56 metres high when completed in summer 2020, the tower will support a variety of functions including research facilities, workshops and seminar rooms, and artists’ studios. Details: www.luma-arles.org/en

From 19 September to 4 October 2020, in partnership with the Pompidou Centre, the Centre des Monuments Nationaux (CMN) will be creating a temporary exhibition entitled ‘The Arc de Triomphe, Wrapped’. The work will be created by Christo, who famously ‘wrapped’ the Pont-Neuf in Paris, the Reichstag in Berlin and the Gates of Central Park in New York. Details: www.paris-arc-de-triomphe.fr/en/News/The-Arc-de-Triomphe-Wrapped

NARBO VIA, NEW MUSEUM IN NARBONNE

Opening in Autumn 2020, the Narbo Via museum will be the new landmark of the city of Narbonne in Southern France, once an important Roman port. It has been designed by Norman Foster who also created the Musée de la Romanité in Nîmes, which opened in June 2018 and the Millau Bridge. The new 8,000-square-metre antique museum will house the town’s remarkable archaeological collection, charting its antique heritage and displaying as many as 25,000 individual exhibits. It is one of France’s most important ongoing contemporary architectural projects.

Antibes-Juan-les-Pins' iconic jazz festival will celebrate its 60th anniversary from 5 to 23 July 2020 Listening to jazz in the Pinède Gould overlooking the Mediterranean is a unique and unforgettable experience. This year's special edition will last even longer than usual to celebrate the anniversary. Details: www.jazzajuan.com/en-us/home.aspx

Every summer, around 700,000 people from all over the world invade the Celtic town of Lorient for the Festival Interceltique. From Galicia to Scotland, the best of Celtic music can be found here and there’s a fabulously festive atmosphere. 200 events and shows and 5,000 performers will take part and celebrate this 50th year. Takes place: 7 to 16 August 2020. www.brittanytourism.com