What to see and do in Périgueux, Dordogne 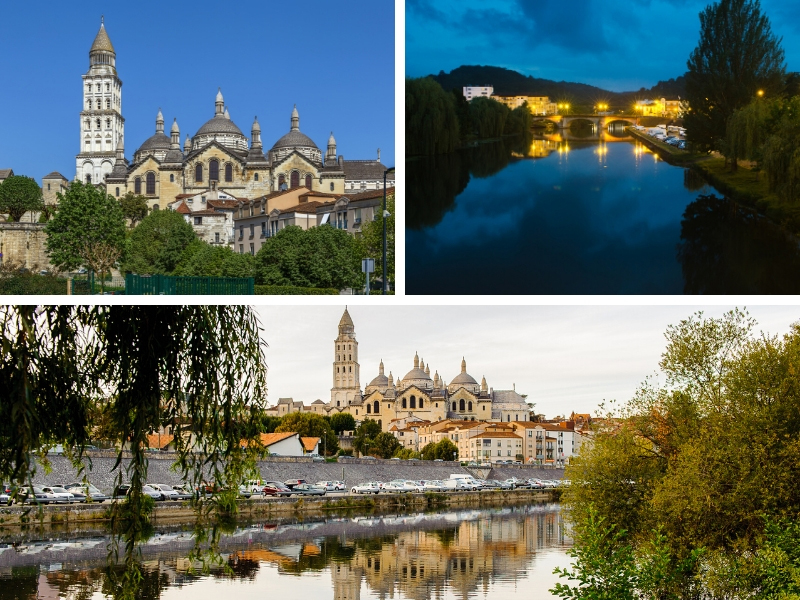 The Dordogne department in southwest France is one of the most popular places in France for British holiday makers. We’re not surprised, there’s loads to see and do in this beautiful area.

We take a look at some great things to in in the historic town of Périgueux in Dordogne...

In 1959 workers on a building site discovered the ruins of a Roman villa. When archeologists excavated the site, they found a wonderfully preserved Gallo-Roman dwelling, known as the Vesunna domus, dating to the 1st century AD. It’s now a museum, covered in a spectacular glass building designed by renowned French architect Jean Nouvel. Mosaic floors, painted plasterwork and innovative info screens, together with a collection of Roman artefacts, make this a must-see.

There are also temple ruins in the museum’s park. Local legend has it that Périgueux’s patron Saint Front, the first Bishop of Périgueux, chased demons out of the temple and away from the town.

The Jardin des Arenes is where a Roman amphitheatre once stood and in amongst the trees and flower beds you can still see the remains of pillars, walls and arches. Much of the original building was plundered for its stone which was used to build local homes in the middle ages.

And at the Chateau Barrière, amongst the ruins of the in the town, you’ll spot yet more remains of the Gallo-Roman wall which once protected the city.

History fans will enjoy the excellent Musee d’Art et d’Archeologie du Perigord. Located in a converted Augustinian convent, the display shows the ancient history and prehistory of Perigord as well as other regions of the world. The collection includes beautiful medieval art, a 13th century enamel statue of the Virgin Mary and stained glass windows recovered from a nearby 14th century church as well as fossills and Roman relics.

The Military Museum holds a prestigious Museum of France label. 1000 years of warfare in the region are covered, with around 12,000 objects including cannon, muskets, suits of armour and much more.

The 12th century Saint Front Cathedral bears a resemblance to St Mark’s Basilica in Venice on which it was modelled. It’s five symmetrical domes and a bell-tower dominate the skyline. If you’re lucky enough to be there on a day when the organ is being played or the choir is singing, you’ll have a memorable visit.

The Dordogne region is famous for its fruit and vegetables, walnuts, conserves, pâtés and jams, foie gras, truffles, wine and liqueurs and the markets at Périgueux are fabulous to shop for fresh, local, seasonal goods.

Details of the markets and lots of things to do in the area can be found on the Périgueux Tourist Office website: https://www.tourisme-grandperigueux.fr/?lang=en