How to make an omelette French style 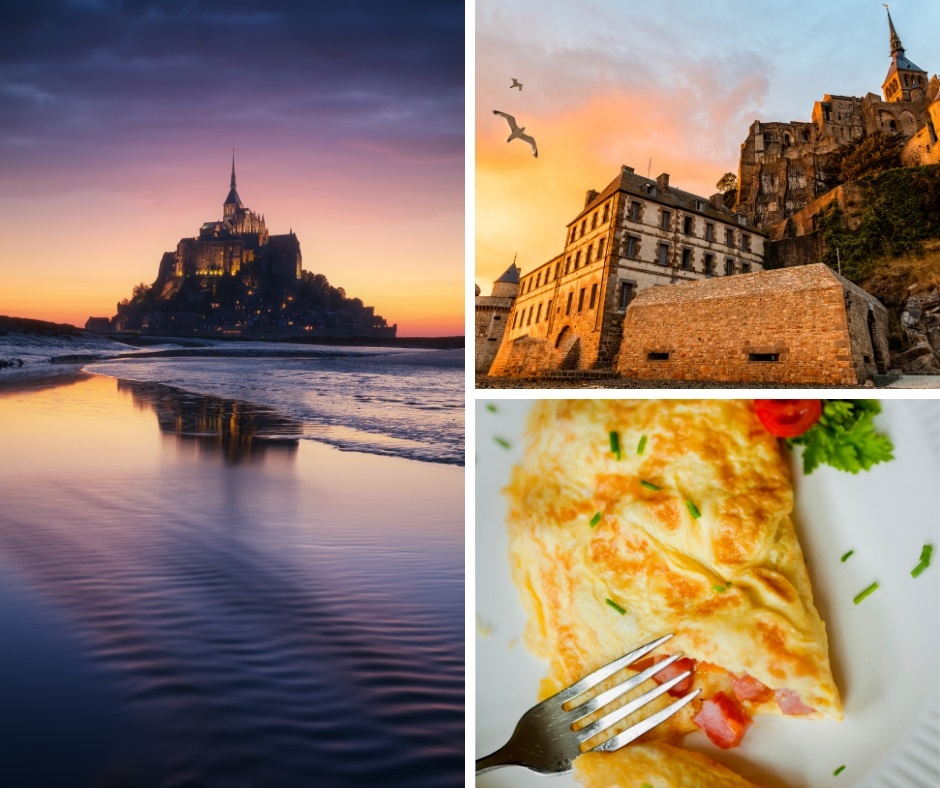 Mont Saint-Michel is a French icon. An island of medieval buildings topped by a gravity-defying abbey, it’s one of the most popular tourist destinations in France. It’s also legendary for a restaurant called Mère Poulard where they’ve been cooking omelettes over an open fire to the same recipe since 1887. They’re memorable, moreish and mouth-wateringly good.

If you’d like to make one at home, we can’t share the exact recipe, it’s a secret the restaurant keeps to itself but here’s our take on Mere Poulard’s famous omelette…

Ingredients for one large omelette

Whip the eggs on low speed for 5 minutes then add the crème fraiche and for another 3 minutes. Add salt and pepper.

Whip the 2 other whites into soft peaks and fold gently into the rest of the eggs.

Melt butter in a non-stick frying pan and pour egg mixture into the hot pan. If you want to add cheese, sprinkle it on top as the omelette is cooking.

Cook slowly for about 5 minutes, the surface should be slightly liquid still – then fold in half. If you're adding fried mushrooms and lardons, add them before you fold.

Serve immediately while it’s still hot, with a green salad and/or fried potatoes.

If you love French food – check out our delicious recipe for cheese gougères!